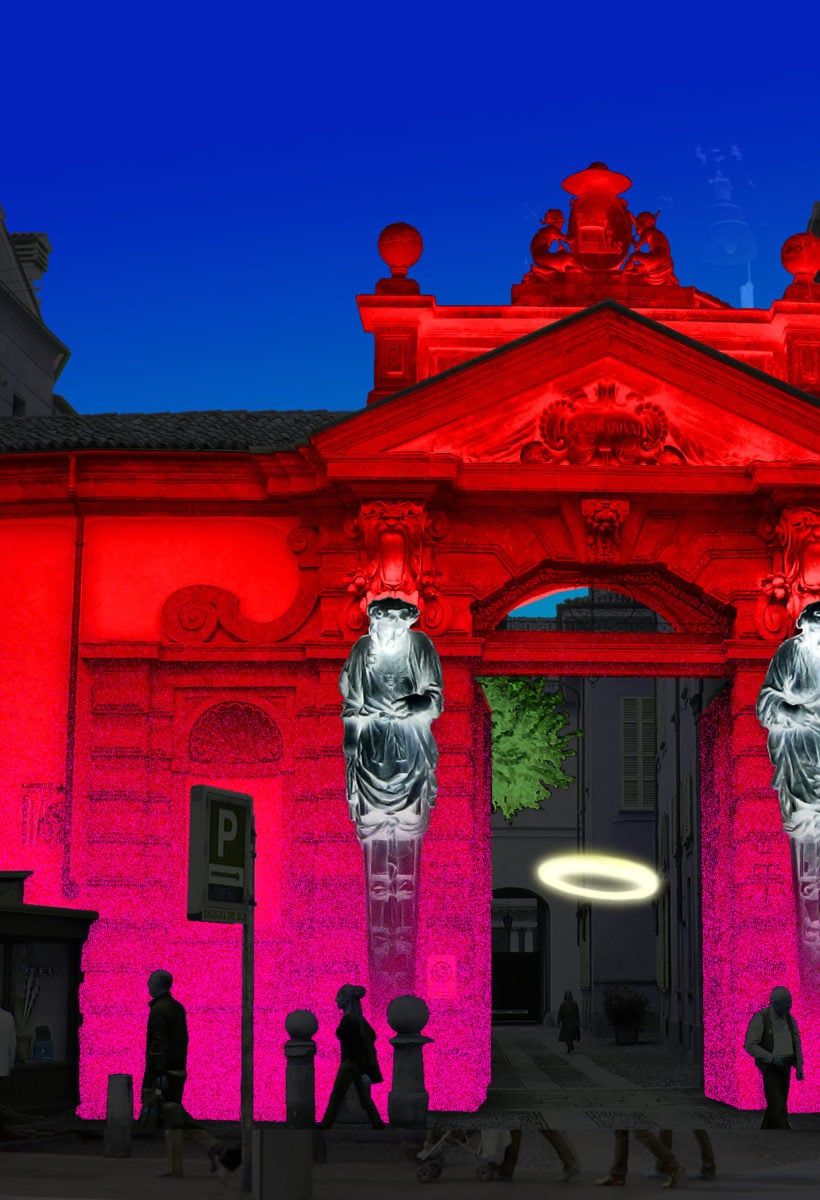 The Door to Artificial Intelligence

After lighting up the Torre Velasca, which during FuoriSalone 2016 created a new nocturnal landmark in the Milan skyline, Ingo Maurer and Axel Schmid with Castagnaravelli interpret with light the baroque entrance of the former archiepiscopal seminary, in this occasion, the location of Audi City Lab.

Sparkling red highlights the entrance to the historic building, also in symbolic terms, once a place of study and an emblem of culture, now the threshold leading to the ideas workshop Audi, to investigate the theme of artificial intelligence. The choice of the color red creates an unexpected presence amidst the adjacent architectural structures.

The two caryatids at the sides of the portal stand out from the rest of the setting thanks to white light: the lighting emphasizes the contrasts, making them dramatic, immaterial, seeming to float against the backdrop.

A circular lamp hanging from the arch of the door represents a sort of halo that “sanctifies” visitors as they enter. The combination between the materic nature of the stone of the portal and the immaterial nature of light, which transfigures its substance, represents a new level of interpretation of this baroque work.