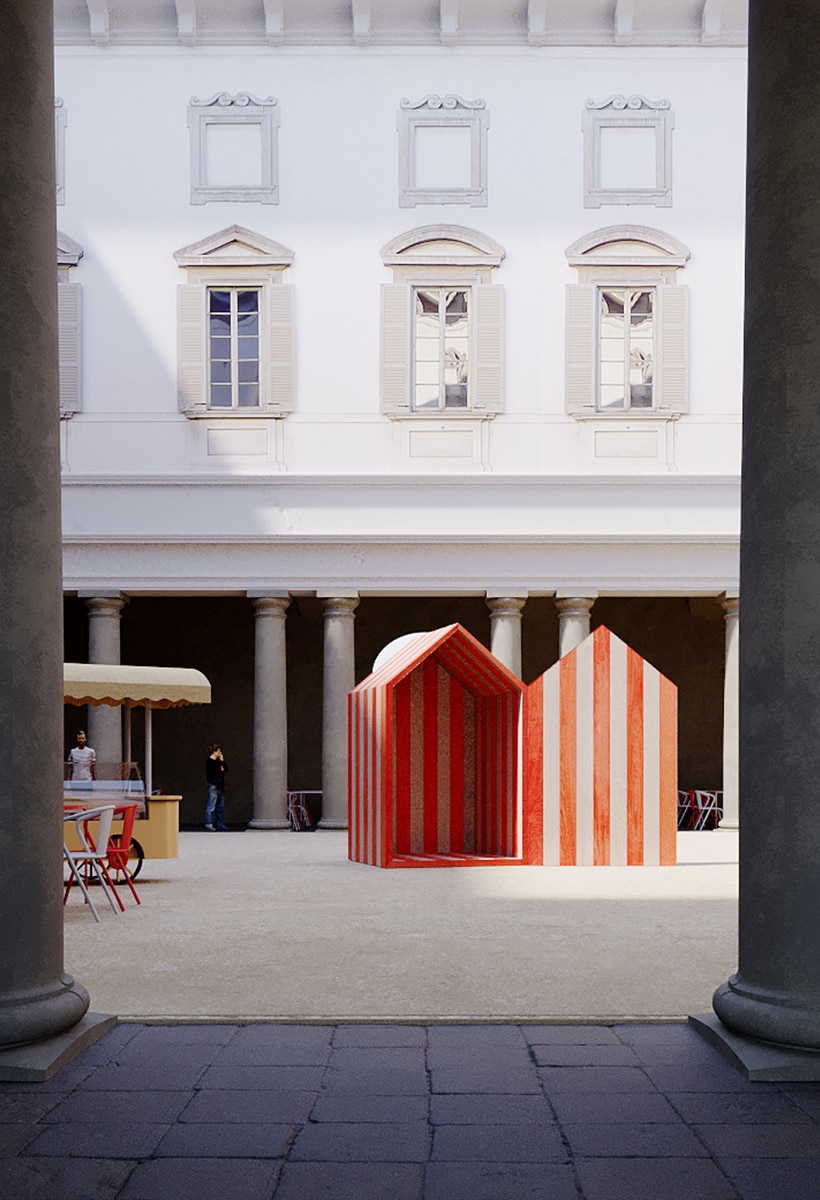 Our selection of events at the 5Vie Design Week, the elegant heart of the SuperSalone, including performances, installations and group exhibitions

The 5Vie returns to FuoriSalone 2021 with a series of events that, as always, bets above all on curatorship and performance in which the public plays an active part.

In this regard, Sara Ricciardi and Maria Cristina Didero are back: the first with a traveling installation, the second with a performance by the Spanish designer Jorge Penadés, who will make live clay derived from textile waste (Looks Like Magic! In Via Cesare Correnti 14). But Palazzo Litta is also back, with its Litta Variations, and Masterly, The Dutch, curated by Nicole Uniquole (at Palazzo Turati).

“I designed a traveling performance: impossible to know where to meet the hawkers of cupid's arrows and bread and Baroque” explains the designer from Benevento. “We have all been forced into rules and boundaries, to safeguard ourselves. But it makes no sense to get stuck in logics that leave no alternatives”. Sara Ricciardi launches the challenge to the FuoriSalone public: let's go back to using the public space, without leaving the rules, but following new logics. Otherwise the risk is to promote impotent, uncreative thinking. “The street vendors will go around the streets and sell bread and mortadella, but I redesigned the shape of the bread inspired by the baroque blooms”. A poetic counter-thought also for flowers: in Ricciardi-thought the anthuriums become the arrows that make you fall in love.

Why do we like it? “Regaining possession of the streets by creating Fellini-like situations, unexpected, with imagination. It is the alternative to allow oneself to be overcome by the evolution of circumstances, of reality. Let's think of theaters: why didn't they look for other places, other formulas? It is not an invitation to transgress, but to exploit events with creativity”.

What will we see in Sara Ricciardi's performance? Bread and mortadella in the form of Baroque, cupid's arrows in the form of flowers. To be purchased with the exchange currency designed by the designer and distributed by the 5Vie info points. 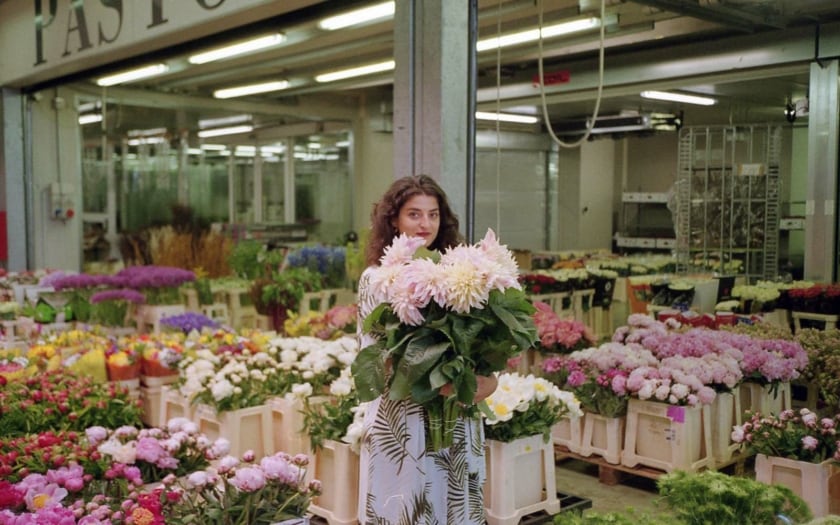 A project on the transformation of the material originating from the challenge to traditional craftsmanship, curated by Maria Cristina Didero. The protagonist is Jorge Penadés, a Spanish designer who has been experimenting with sustainable materials for years.

Why do we like it? Jorge Penadés explains: “I am interested in working with common materials, interpreted from a personal gaze, so I try to make them myself”. The dialogue between technology and craftsmanship explained through the radical practice of the Spanish designer.

What to see at Looks like Magic!? An intensive performance by Jorge Penadés and his team, a choral project on the transformation of textile waste material into a new material called Texile-Clay. It is a somewhat surreal idea of micro waste management: “We search for textile waste inside the filters of industrial dryers of large laundry chains”.

Curated by Patrizia Catalano and Maurizio Barberis, an exhibition that exhibits limited edition pieces by artists, designers and architects on the subject of the celibate object, or rather irreproducible because it is unable to generate anything beyond itself.

Why do we like it? Two appearances to mention: Gaetano Pesce and Riccardo Dalisi, in an intervention curated by the Luisa Delle Piane Gallery. Three names that guarantee great quality. It is a sui generis theme, completely conceptual.

What to see from the Celibate object? Eleven designers and artists grappling with an enigma: an object that begins and ends with itself. Without giving up the relationship and without getting lost in the identities of others to reproduce. 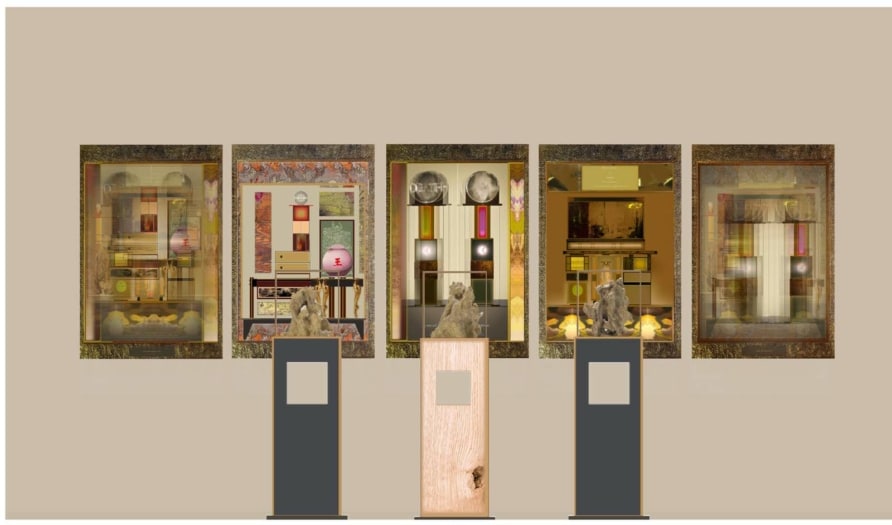 Masterly, The Dutch in Milan 2021 at Palazzo Turati in via Meravigli 9 / b

The result of Nicole Uniquole's call to Dutch design returns to its now usual home in via Meravigli.

Why do we like it? Eighty Dutch designers selected by a curator, one of the first to confirm participation in FuoriSalone 2021, at the end of April: “Because design is a question of connections”, she explained with the gentle pragmatism typical of the Dutch.

What to see at Masterly at Palazzo Turati? All three floors of a building of rare beauty invaded by the work of eighty Dutch designers. Plus the lecture by visionary artist Daan Roosegaarde, founder of the studio of the same name that deals with projects between contemporary art and urban planning. Regenerative poetry for cities. And then Francine Houben's conference on Wednesday 8. You are founder of Mecanoo, one of the most interesting architectural firms on the international scene. 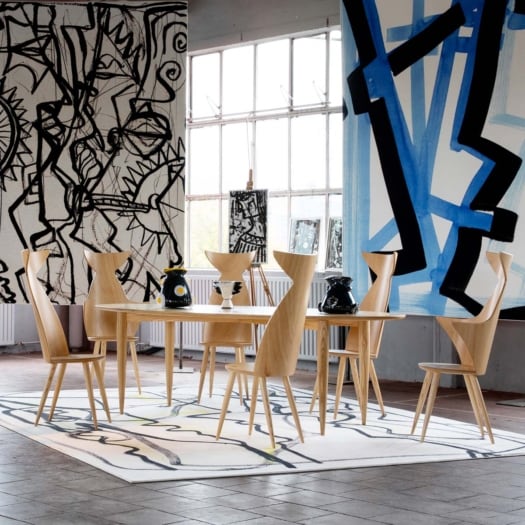 Orografie, from Design Variations 2021 at Palazzo Litta in corso Magenta 24

A new brand that unveils a collection of fifteen more or less famous designers, all full of talent. No anticipation for the public until September. But trust me: the quality is high.

Why do we like it? Orografie wants to produce objects that suggest new behaviors and new gestures. And he succeeds thanks to collaborations with Francesco Faccin, Elena Salmistraro, Lanzavecchia + Wai, Martinelli Venezia. Also noteworthy is the work of the younger Standa and Davide Frattini Frilli: design of intelligent provocation.

What to see from Orografie at Design Variations 2021? What happens when a brand involves an enlightened entrepreneur like Giorgia Bartolini, a curator like Vincenzo Castellana and a narrator of the project like Domitilla Dardi. 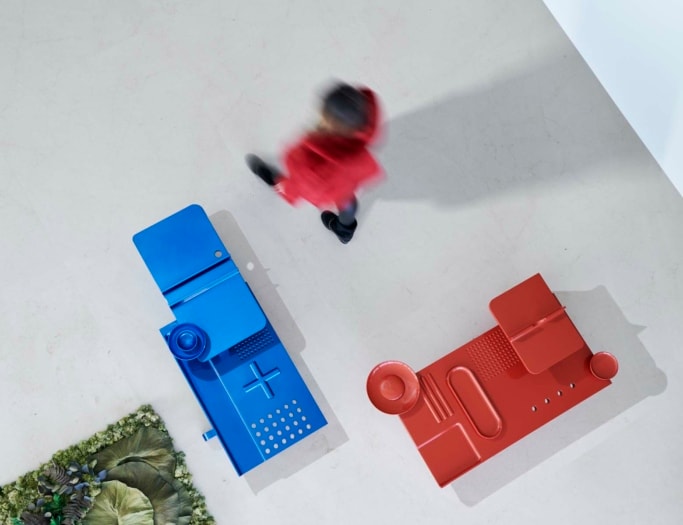 The other FuoriSalone 2021 events in the 5Vie area: list being updated 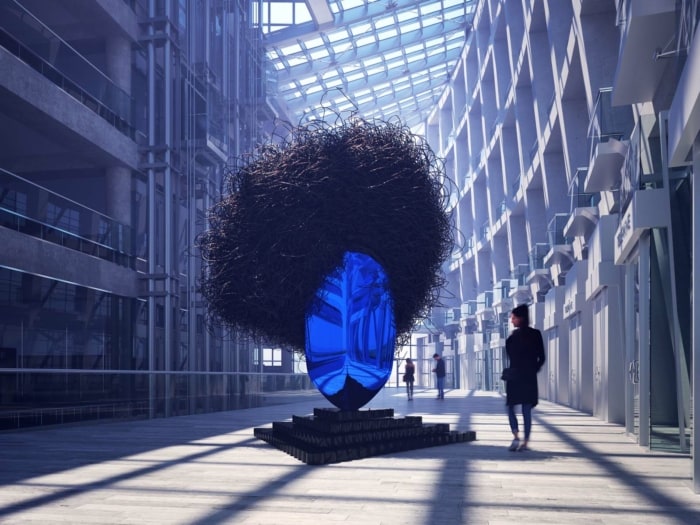 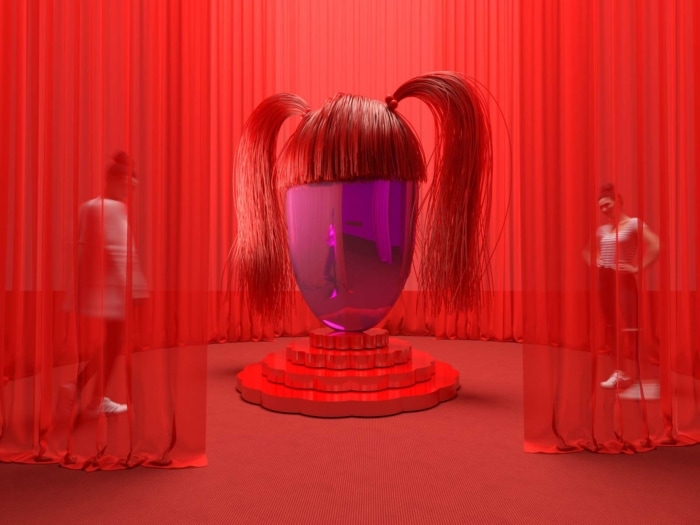 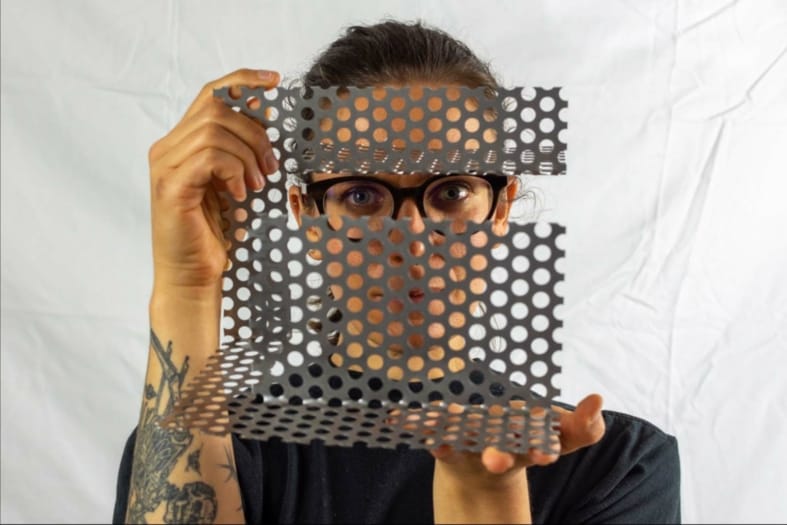 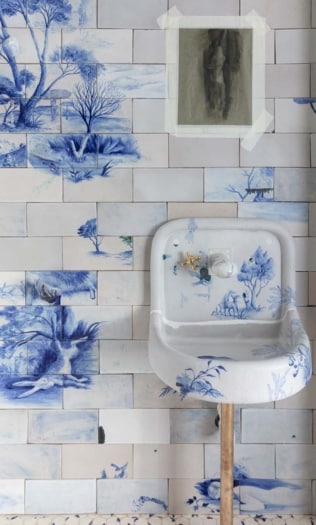 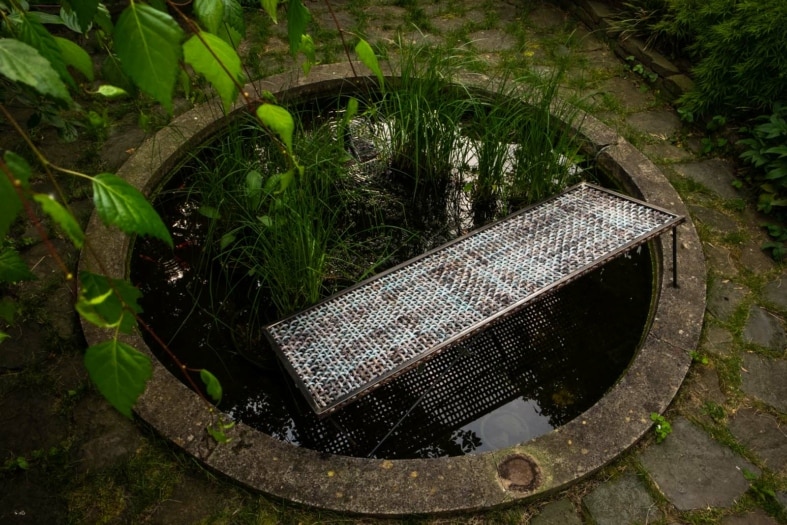 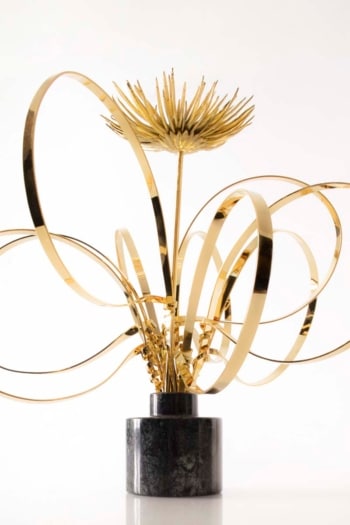 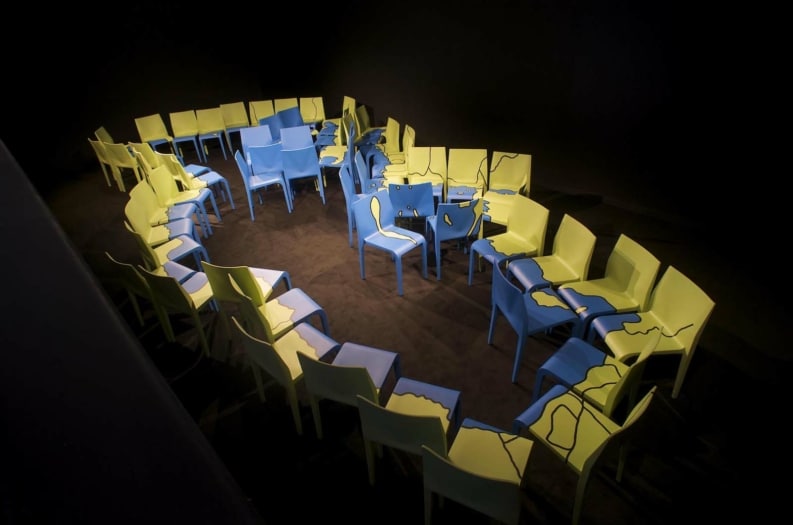 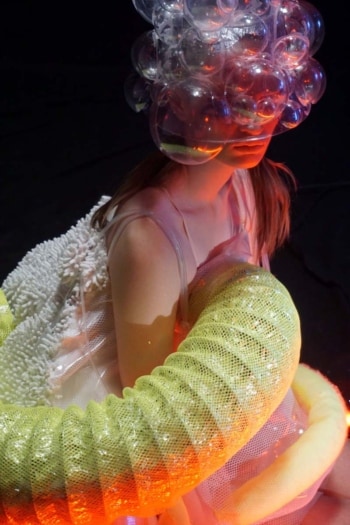 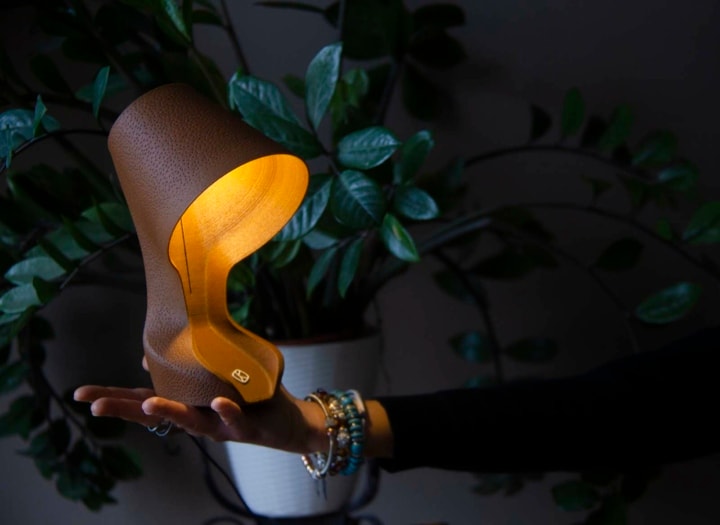 Ohmie, The Orange Lamp by KrillDesign, made with the scraps of orange peels
#FuoriSalone #FuoriSalone 2021 #Design Week 2021