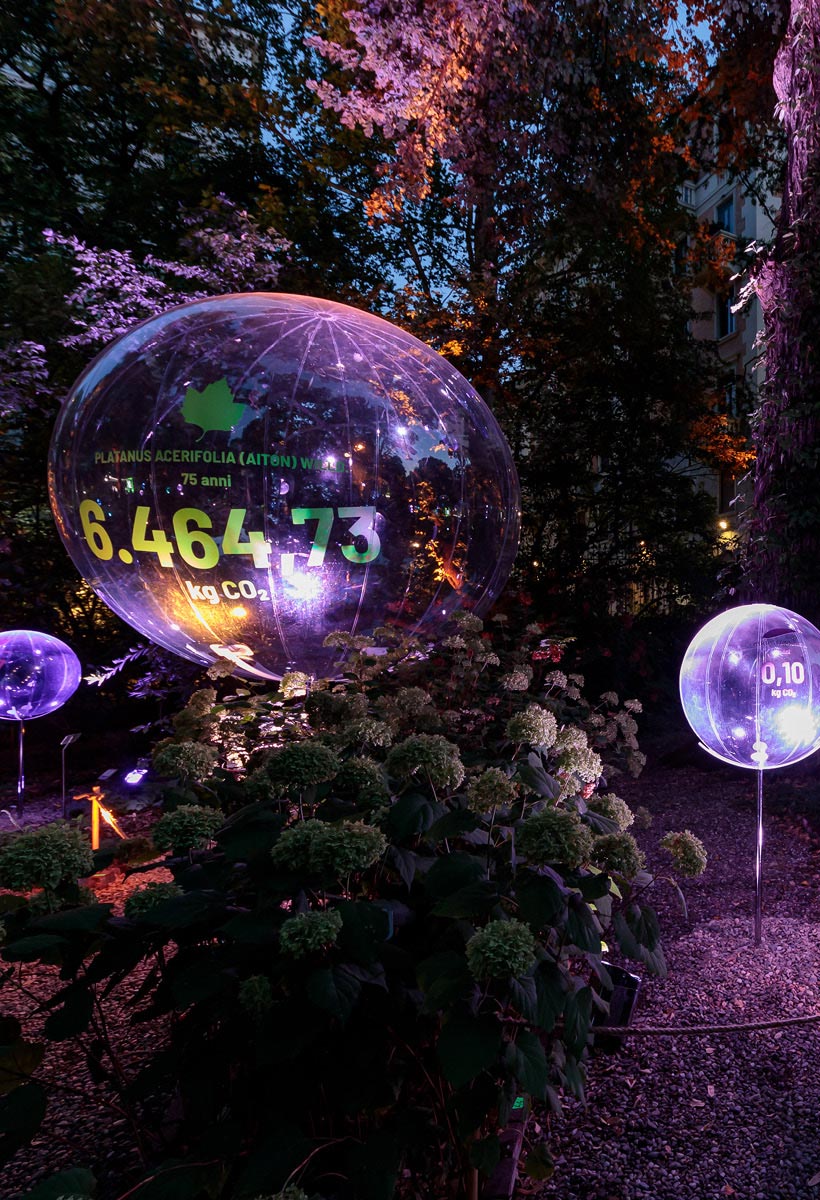 Natural Capital. A project by CRA-Carlo Ratti Associati, in collaboration with Italo Rota, made by Eni. Orto Botanico di Brera

Natural Capital. A project by CRA-Carlo Ratti Associati, in collaboration with Italo Rota made by Eni.

“We are all aware of the positive role that plants and forests play in capturing CO2 emissions and producing oxygen. But how can we do more to make this connection clear?” Starting from this question, Carlo Ratti, who has been working with Eni for years exploring new paradigms of the circular economy and sustainability, has created a three-dimensional data visualization in the Brera Botanical Garden. It shows why a decarbonization strategy that includes forest conservation projects is one of the pillars of the path to a sustainable world. 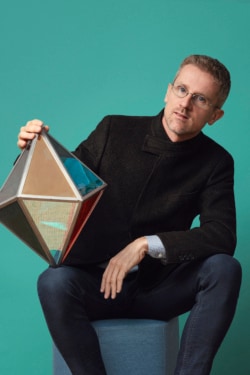 Also in this historic garden with Eni and Interni, during Milan Design Week 2019, the founder of CRA-Carlo Ratti Associati presented The Circular Garden, experimenting with mycelium as a recyclable building material. Now, the designer has gone further, presenting a new perspective in the name of a viable spatial experience, in collaboration with Italo Rota and the use of infographics. At the entrance to the garden there is a giant sphere resting on the ground. It represents the amount of CO2 produced on average by the human body each year. Numerous species of trees are combined with a floating bubble set amid the vegetation. Each has a different diameter – from a few centimeters to a few meters – in proportion to the amount of CO2 that the corresponding trees capture and store annually during their life cycle. Estimates found, for instance, that the persimmon (Diospyros kaki) here has around 1400 kilograms of CO2 stored as woody biomass and captures around 61 kilograms of CO2 per year, while the dwarf mountain pine captures less than one kilo per year. The contrast between the dark sphere on the ground and the floating bubbles suspended between the branches immediately expresses the fundamental role that plants play in ensuring the planet’s health and limiting global warming by storing manmade carbon dioxide. This is the amount of CO2 that would be released into the atmosphere if the trees were removed. This makes it urgent to protect and preserve them to prevent the harmful impact of deforestation. 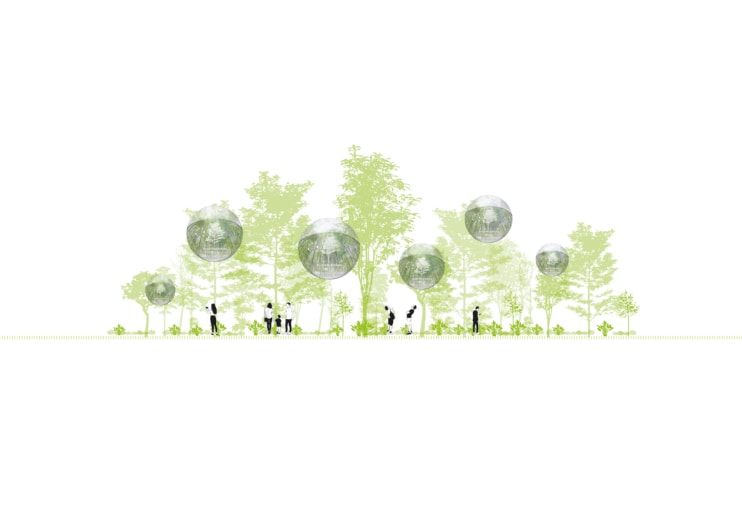 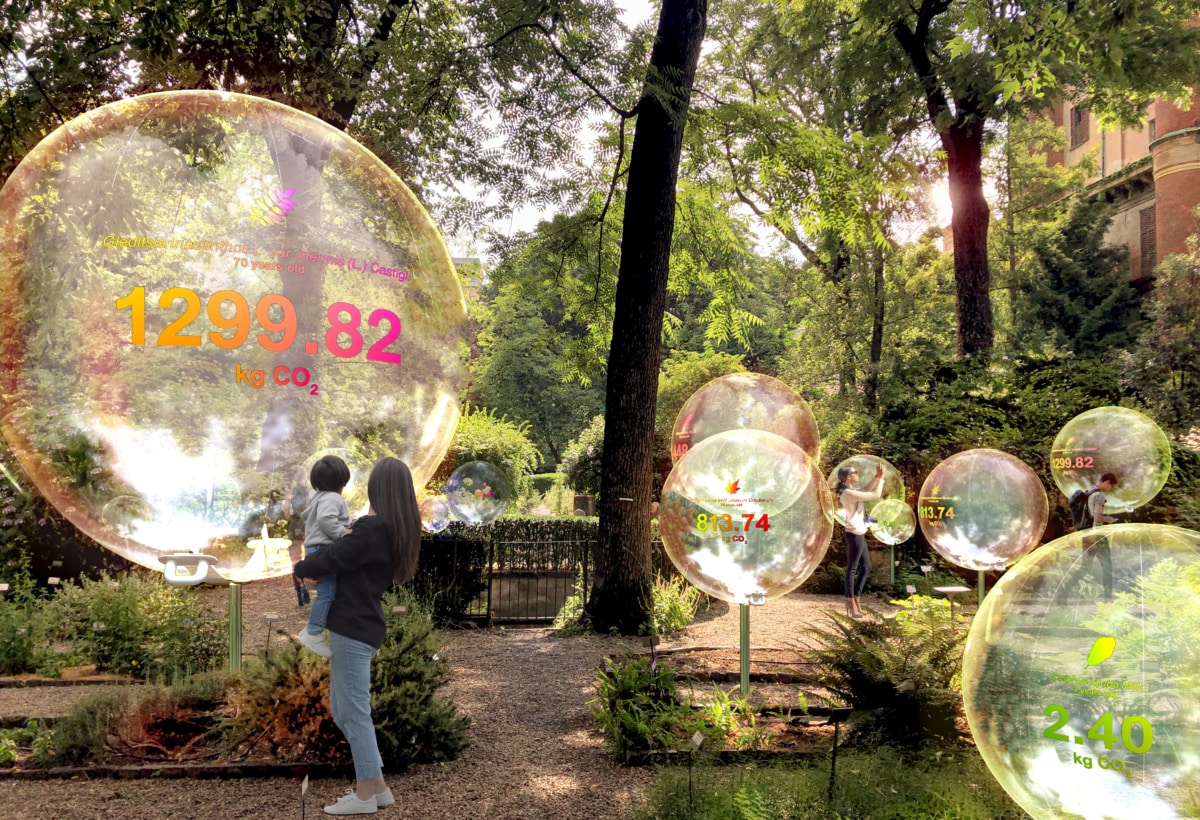