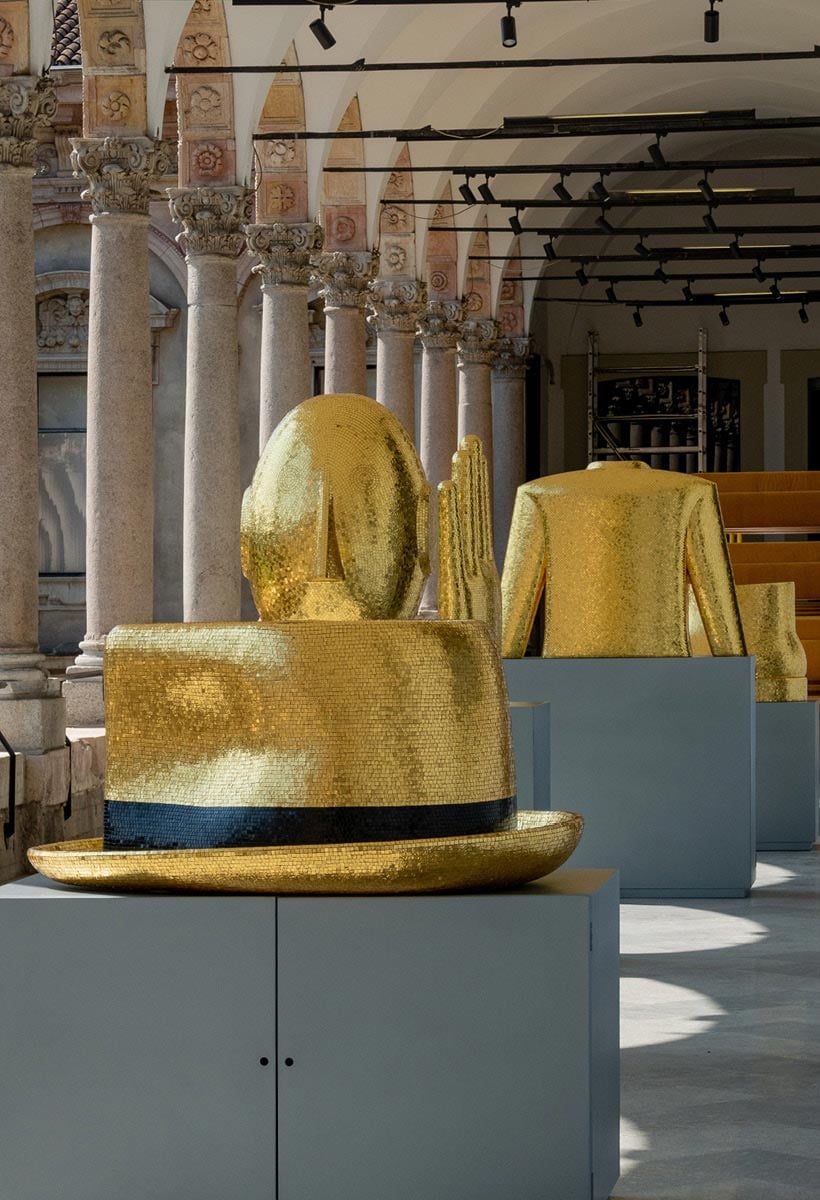 Mobili per Uomo (“Furnishings for Men”) by Alessandro Mendini of the Fondazione Bisazza expresses the designer’s creative flair and the artistic value of mosaic. 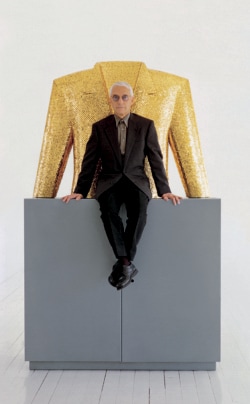 Five giant sculptures covered with gold mosaic tiles occupy the Loggiato Ovest: they are the Mobili per Uomo by Alessandro Mendini for the Fondazione Bisazza. The installation grew out of the architect’s reflection that the pieces symbolically represent the requisite items in a man’s essential wardrobe: Shoe, Jacket, Glove, Head, Hat. Designed starting in 1997 and completed in 2008, the sculptures are part of the Bisazza collection. They are nine outsize pieces embellished

with 24K yellow gold mosaic tiles cut and laid by hand. Alessandro Mendini described them in these words: “Their distinctive characteristic is of being magnified things. Not normal but multiplied in size. They are macro-objects. They are objects completely out of scale representing the breakdown into parts of a bourgeois man, a giant character transformed into a collage. A sequence of fragments of his body raised to fetishes, clothes and objects, evocative of sensations and distant rooms.” 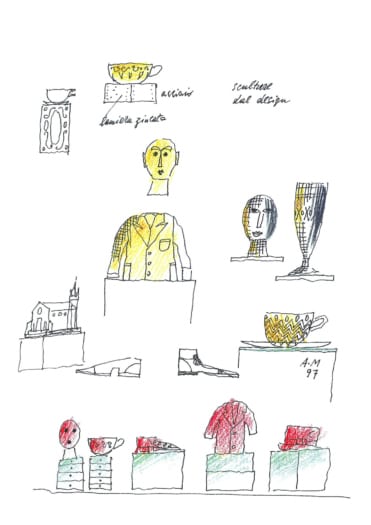 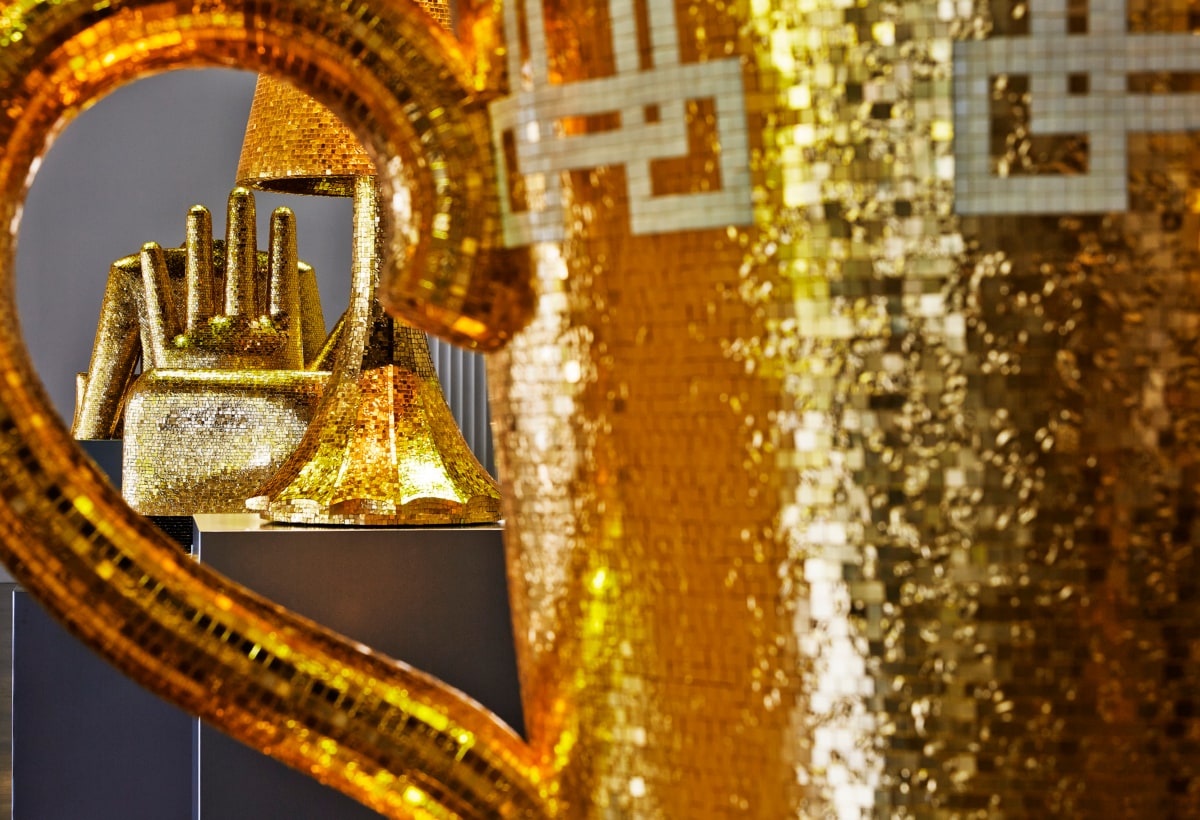