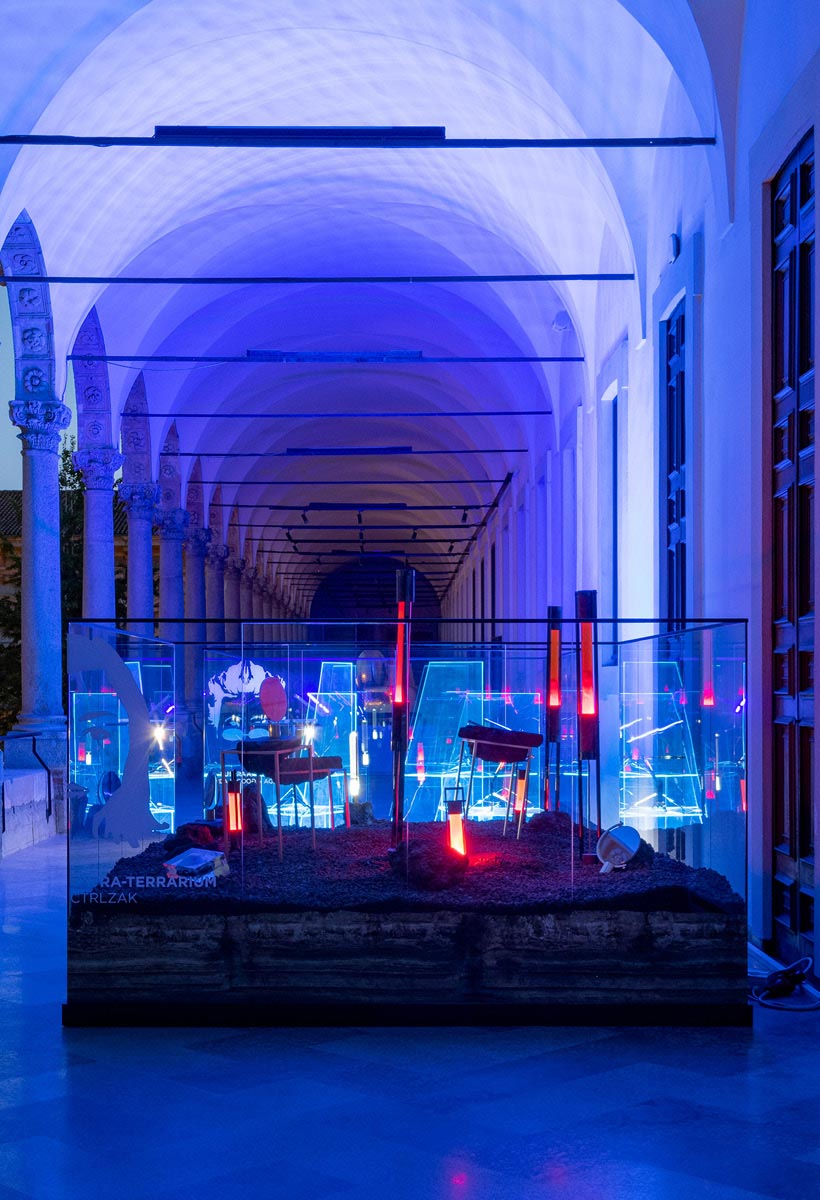 Saeturn, a tribute to the cosmic vision of Nanda Vigo, who with the Ctrlzak (Katia Meneghini e Thanos Zakopoulos) duo. 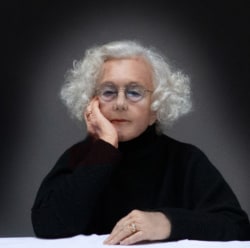 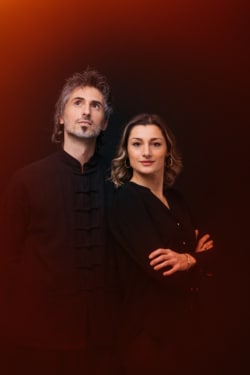 The meeting between Nanda Vigo and Ctrlzak, a duo made up of Katia Meneghini and Thanos Zakopoulos, triggered an immediate “creative connection”, articulated on multiple levels. At the center was the fascination with the unknown and the mysteries of the cosmos. Conceived together to stage their respective imaginative visions, the installation Saeturn now becomes a tribute to the experimental and interdisciplinary – futuristic – personality of the designer and artist who died in 2020. Two large glass cases, measuring 4x3 m and 1.9 m high, placed next to each other along the Loggiato Ovest of the University of Milan, host two displays of lights, artifacts and artistic creations by the eclectic brand JCP Universe, representing two fragments of a single story. The installation’s title references the prolific figure of Sun Ra, a composer known for his “cosmic philosophy” who claimed a direct descent from Saturn. It creates a dialogue between the “geological” pieces by Ctrlzak which, laid on volcanic earth, incorporate magmatic rocks, metamorphic stones and lava samples, with the futuristic “light segments” by Nanda Vigo: linear constructs in chromed metal that emit blue and white LED light. The lamps, from being simple functional objects thus become symbolic pieces of an alternative reality. Arranged on dynamic structures in transparent glass, which in turn emit an evocative blue light, they take on an otherworldly connotation. Seemingly suspended in mid-air, they seem ready to take flight into space. 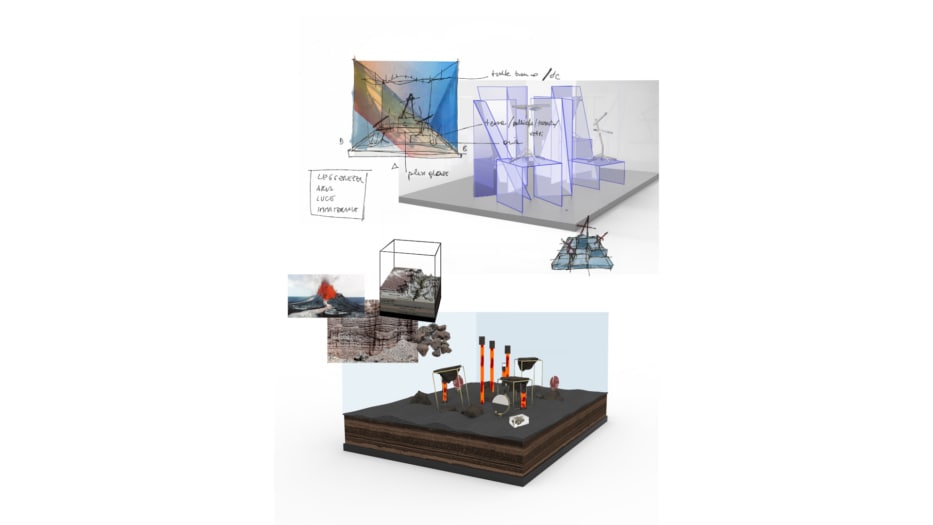 The artifacts displayed in two large glass cases, placed side by side, are part of the collections designed respectively by the Ctrlzak studio, consisting of Katia Meneghini and Thanos Zakopoulos, and by Nanda Vigo for JCP Universe, the Jumbo Group brand, which offers products on the boundary between art and design, “objects of wonders” prompting the discovery of an imaginary alternative reality. The lamps in the Sun-Ra collection by Nanda Vigo are arranged on glass structures, while the various pieces (tables, containers, lamps and tabletop mirrors) by Ctrlzak are grafted onto volcanic earth, set on layers of stone visible at the sides of the installation. 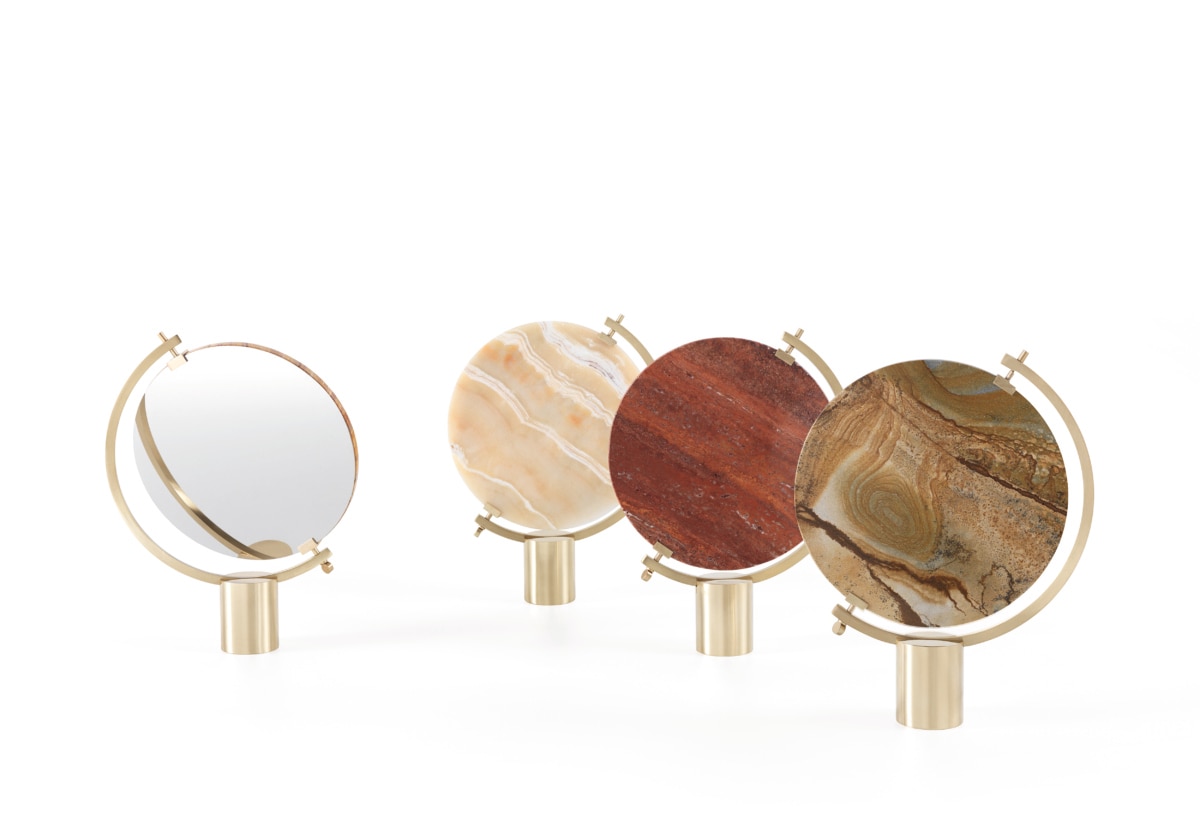