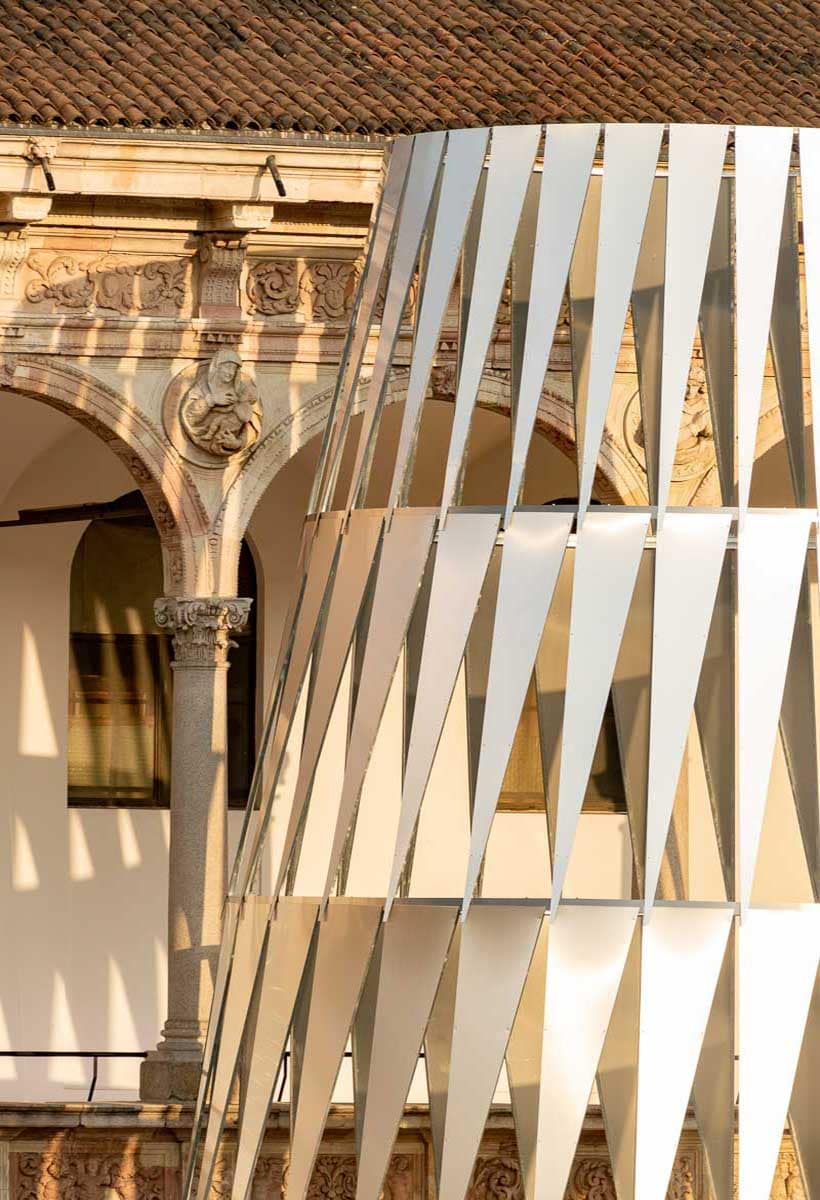 Interni at the FuoriSalone 2023: the event, the guide, the online coverage

#FuoriSalone2023 - en
Interni at the FuoriSalone 2023: the event, the guide, the online coverage

Interni is preparing its Design Week 2023: with the event at the Statale, at the Botanical Gardens, with the FuoriSalone guide and with editorial and social coverage of the kermesse

Interni, which with the initiative of director Gilda Bojardi conceived and created the first FuoriSalone in 1990 (see the book 30 Years of FuoriSalone published by Electa), is preparing for the appointment with a series of curatorial and editorial initiatives.

We present them to you in preview.

From 17 to 26 April 2023, the great event curated by the magazine Interni will again occupy the spaces of the University of Milan (La Statale) and the Brera Botanical Garden.

The theme of the Interni event for FuoriSalone 2023 is Design Re-Evolution and will be interpreted by internationally renowned architects such as (just to name a few) Odile Decq, Piero Lissoni and Stefano Boeri, and young emerging talents

The complete list of architects and designers who, in collaboration with companies in the sector oriented towards experimentation and innovation, will carry out the installations at the Statale will be announced later.

While it is already known that the spaces of the Brera Botanical Garden will be set up by Carlo Ratti Associati and Italo Rota: as in the last edition, the two architects will interpret on behalf of Eni the theme assigned by Interni, creating an experiential and at the same time didactic installation, focused on energy and sustainability.

The great Interni Design Re-Evolution exhibition-event will have a dedicated mini-site, online at internimagazine.it starting from mid-April with a preview of the installations, concepts and appointments not to be missed.

The contents of the mini-site will be conveyed through the preview newsletter a few days before the inaugural press conference on April 17th.

The Guide to FuoriSalone 2023 events: what to see, where and when

Now in its 33rd edition, the FuoriSalone Guide by Interni is the vademecum necessary for organizing a visit to Milan Design Week: the must-have for marking the events not to be missed at FuoriSalone 2023 on your agenda.

As always, the guide will be distributed free of charge with the Interni issue on newsstands in April in Milan and in all showrooms, institutions, museums and in general the locations participating in the FuoriSalone 2023 (as well as at the fair itself).

The guide will also be available online, with an interactive map.

The events not to be missed at FuoriSalone 2023 on internimagazine.it

Starting in February, InterniMagazine will cover the previews of FuoriSalone 2023 with an online special: the previews of the design districts, the characters, the projects, the themes just a click away and, once a week, in the Newsletter (click here to receive it ).

Interni King Size, the special that talks about the best design furniture products – with the novelties that will be presented at FuoriSalone 2023 and at the Salone del Mobile 2023, will be online. To receive it directly in your inbox, just subscribe to the Newsletter which will deliver it to all subscribers at the end of Milan Design Week 2023.

Interni Design Re-Evolution: the concept of the exhibition

Salone del Mobile 2023: how it changes (starting from Euroluce)