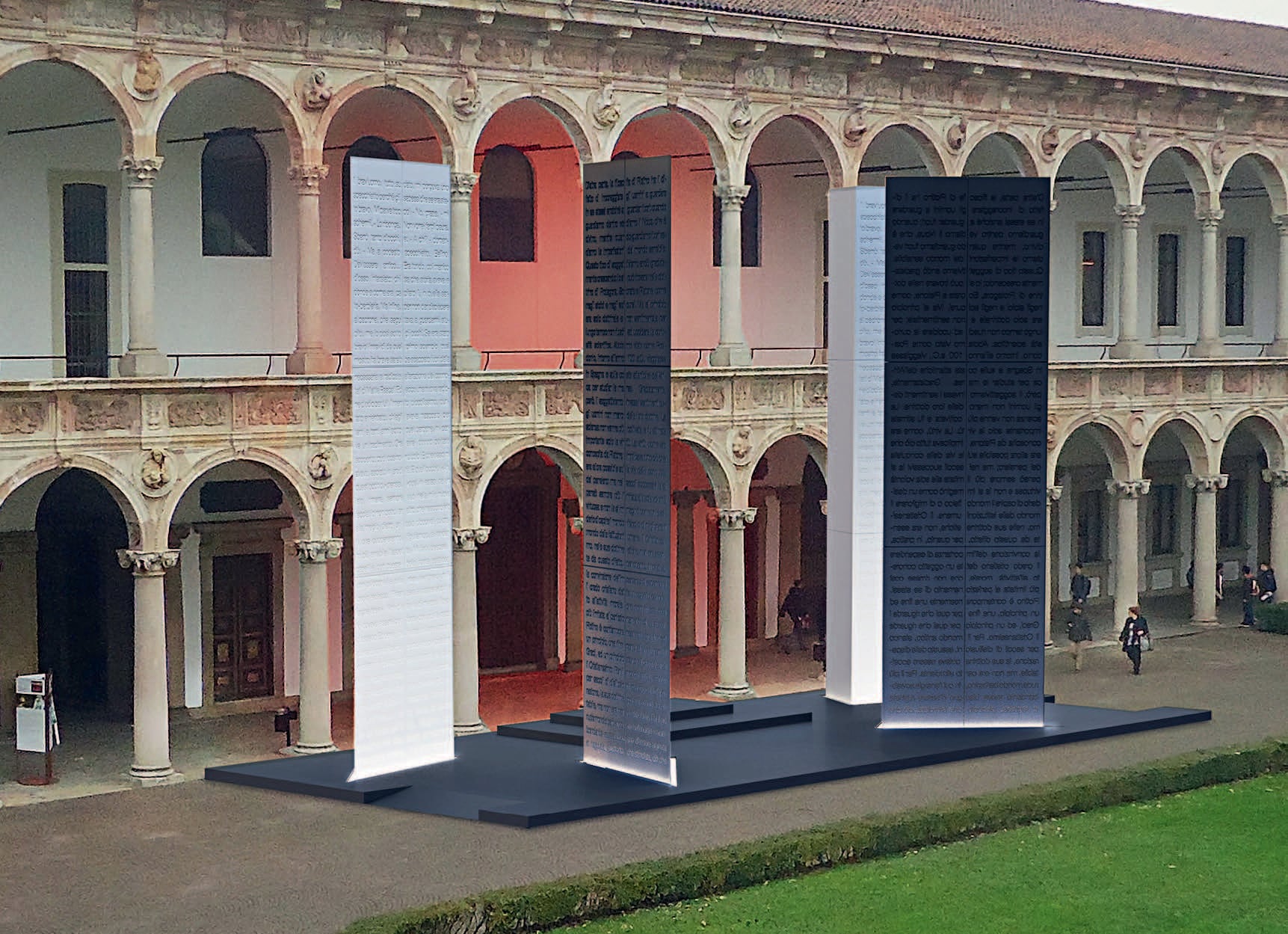 Four monumental steles like theatrical wings at the baroque portico of the cortile d’onore: each bears a fundamental text of italian culture

The age-old force of Italian culture expressed through four fundamental texts of philosophy, law, ancient and modern literature: this is the conceptual nucleus of Deep Words Light, which translates the value of words into architectural form.

Created by Antonio Citterio Patricia Viel and Partners in collaboration with Gruppo Cosentino, the installation is inspired by the Teatro Olimpico of Palladio and stages, on a large platform, four tall steles (10 m) that form theatrical wings for the historic portico, interpreted as a set.

Each stele is composed of fifteen Dekton sheets, the new-generation facing produced by Gruppo Cosentino and characterized by great strength, on which water-jet technology has been used to engrave the texts, enhanced by oblique lighting.

The architecture studio founded in Milan in 1999 by Antonio Citterio and Patricia Viel operates on an international scale on complex design programs; they have created the installation in the Cortile d’Onore with Gruppo Cosentino, a Spanish company that produces innovative surfaces for architecture and design on a global level. 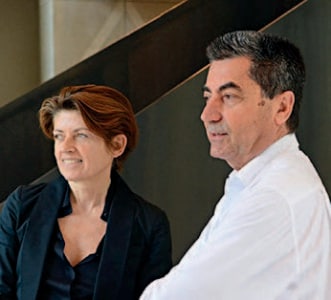