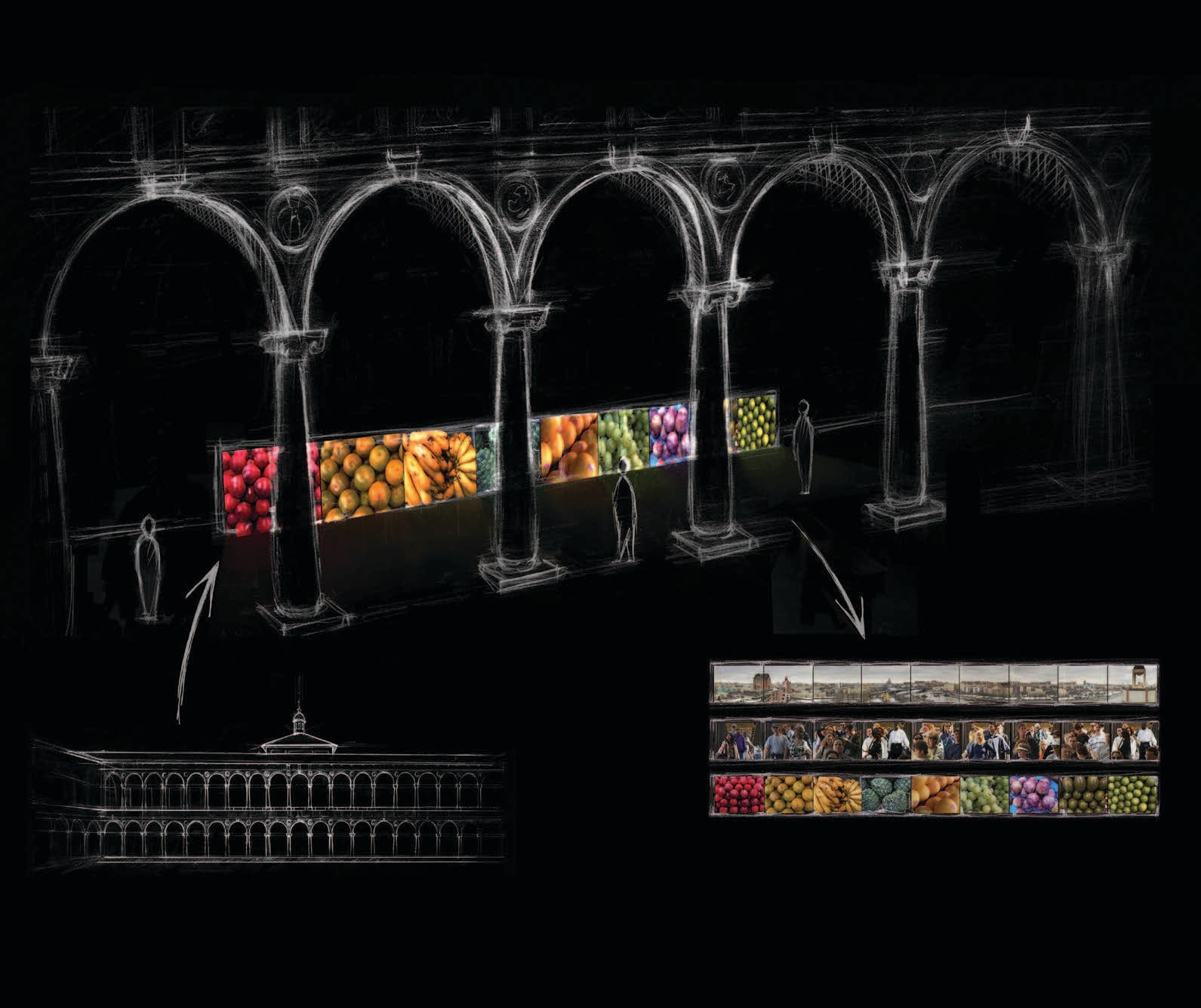 The work presented by Studio Azzurro in the portico of the Cortile d’Onore is a synchronized video installation with two modules and nine video programs, in which two horizontal, continuous surfaces show a sequence of images in motion gathered in the planets most significant big cities: Calcutta, Mexico City, Hong Kong, Cairo, Las Vegas, Manila, Moscow, Sao Paulo, Shanghai, Taipei.

The images flow, suspended in the space between the arches. They reveal similarities and differences between distant places that seem to get closer to each other in terms of image. They narrate densely populated places, in fragments, the traffic and the markets where foods are displayed, purchased and consumed.

Scenes that speak of human culture, the frenzy of cities and a planet incessantly bent on procuring the nourishment it needs to live. Markets, vendors and consumers, piles of fresh food and industrial products, kiosks and shop windows are seen amidst automobiles and passers-by, in a dialogue with luminous signage, an infinite flow of frames.

Studio Azzurro is an artistic research group founded in Milan in 1982 by Fabio Cirifino (photography), Leonardo Sangiorgi (graphic design and animation) and Paolo Rosa (visual arts and cinema, who died prematurely in 2013). For over thirty years the Studio has investigated the poetic and expressive possibilities of multimedia languages, which have a great impact on the relations and models put into action in our time. Following practices with affinities to relational aesthetics, with a particular focus on the social consequences of actions and artworks, the Studio designs and produces video installations and then sensory environments, theatrical performances and films.

Besides developing experimental works, the group stands out for educational experiences including the design of museums and theme exhibitions, through which to construct a communicative context that permits active participation of the viewer inside a narrative framework based on hypertext and the exchange between real and virtual elements.

Some of the most important works of Studio Azzurro are now part of museum collections, like Il Gorgo (1998), in the permanent collection of the Galleria d’Arte Moderna di Roma Capitale, and In Principio (e poi) (2013), now being installed in the Vatican Museums, after having been commissioned for the Vatican Pavilion at the 55th Venice Art Biennale (2013). 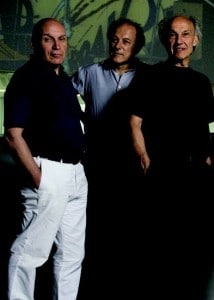