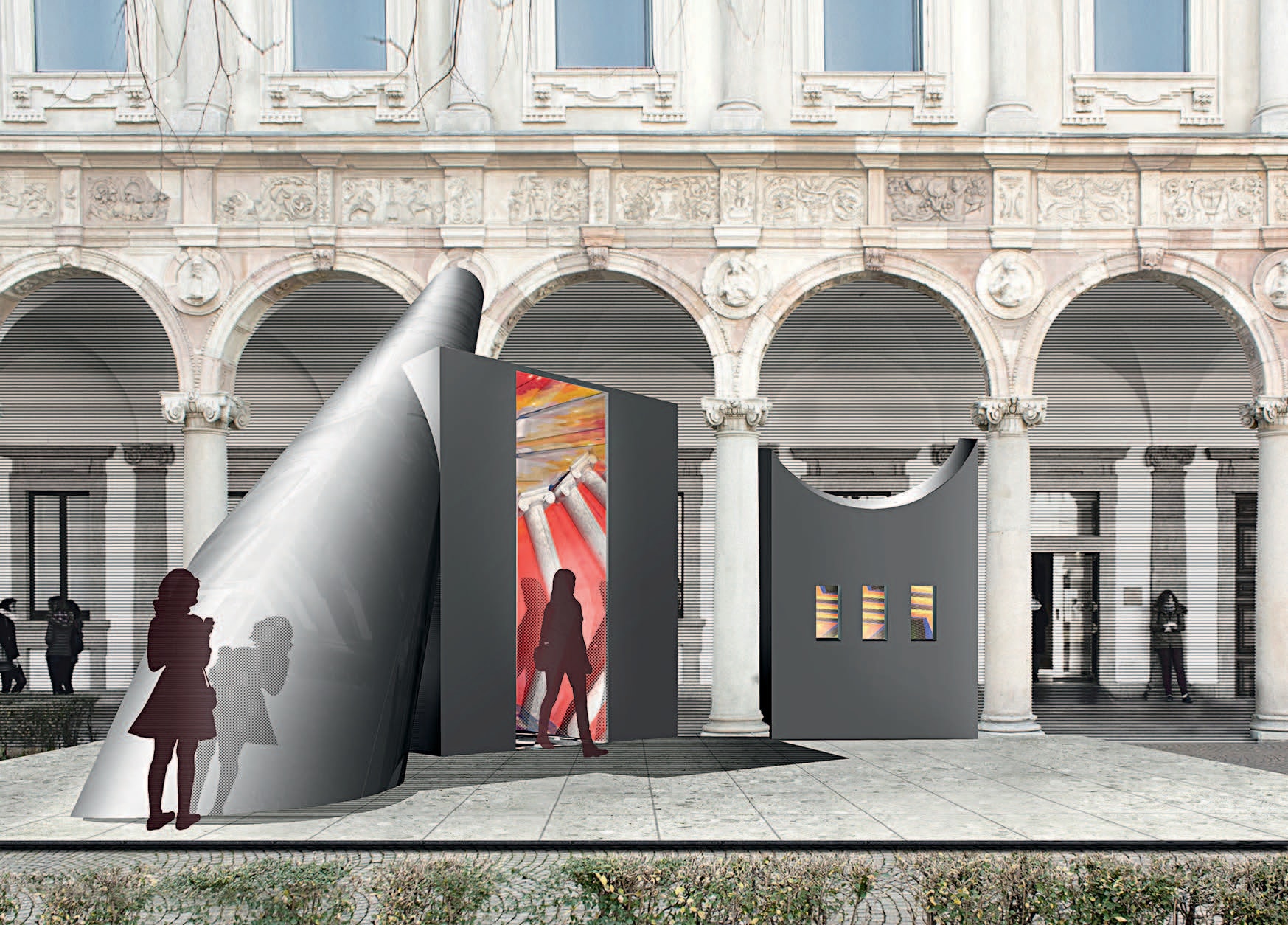 A structure in three volumes prompts reflection on the architectural features of Ca’ Granda, capturing the gaze with oriented views and kaleidoscopic effects

The architectural forms of the past are a source of design energy stored over time, from which to derive new visions: this is the conceptual path proposed by the architecture studio Piuarch for the visitors at Energy for Creativity, with the installation Punti di Vista, made with Marazzi in the Cortile d’Onore.

The frieze, the column and the arch, the elements of the historic portico, are broken down into pure forms, leading to an architectural structure organized in three independent volumes.

Each of them, covered in Mystone stoneware by Marazzi, encourages observation and perception: through oriented openings, the gaze is drawn towards the architectural features of the portico, and at the same time captured by kaleidoscopic effects driven by mirrors and colored blocks.

The Milan-based studio Piuarch, guided by the partners Francesco Fresa, Germán Fuenmayor, Gino Garbellini and Monica Tricario, has created Punti di Vista with Marazzi, a company of reference in the sector of facings and floorings in ceramic and stoneware. Among the materials used, the Marazzi Progetto Triennale blocks by Gio Ponti and Alberto Rosselli (1960). In 2015 the company celebrates its 80th anniversary. 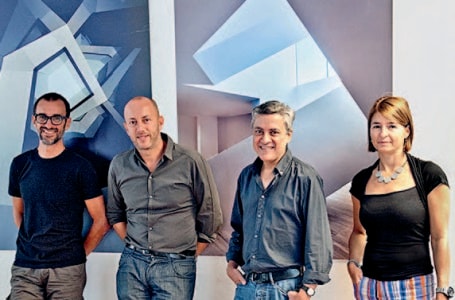