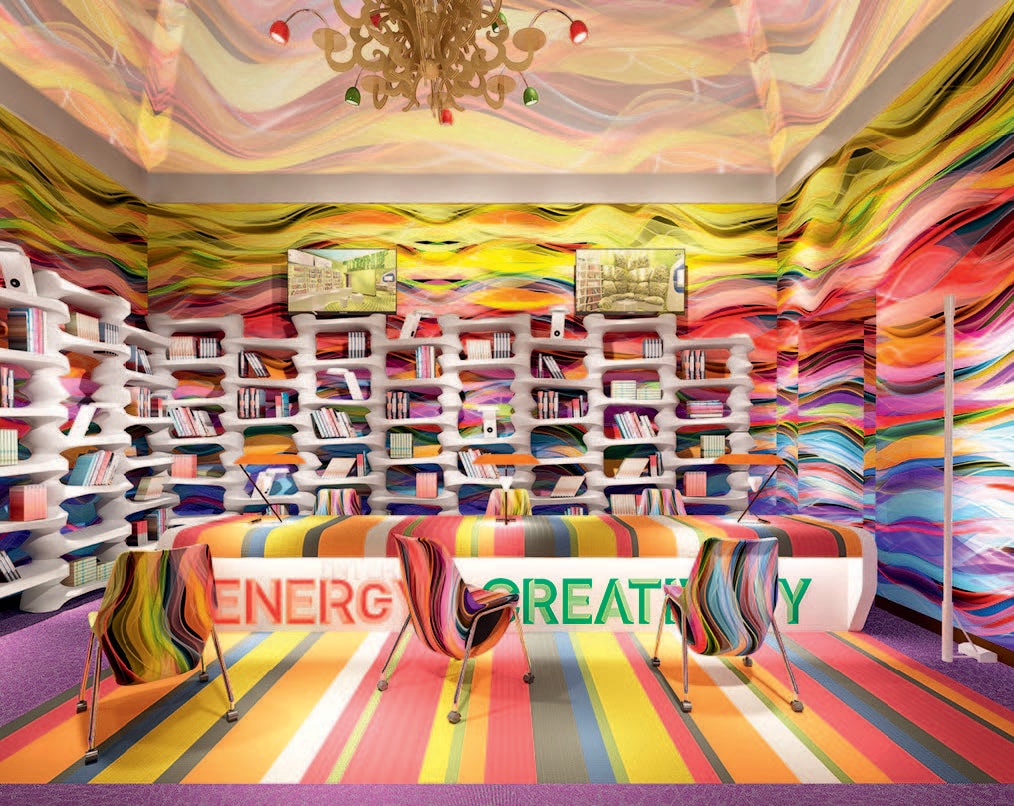 With the project for the press office of interni mac stopa proposes his effective interpretation of the theme of the show. The polish architect has invented a colorful 3d wave motif reproduced on wallpaper (custom made by advertis), as well as on the pelikan chairs and poufs by profim arranged in the rooms.

Three-dimensional motifs are also used on the floor by bolon and the poufs by tonon in the meeting room. On the walls, rounded shelves composed of one hundred modular parts produced by tmk in an innovative polymer compound by saint-gobain formula. 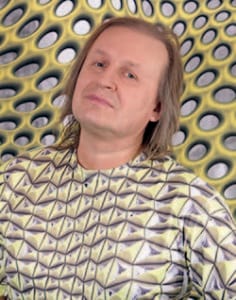