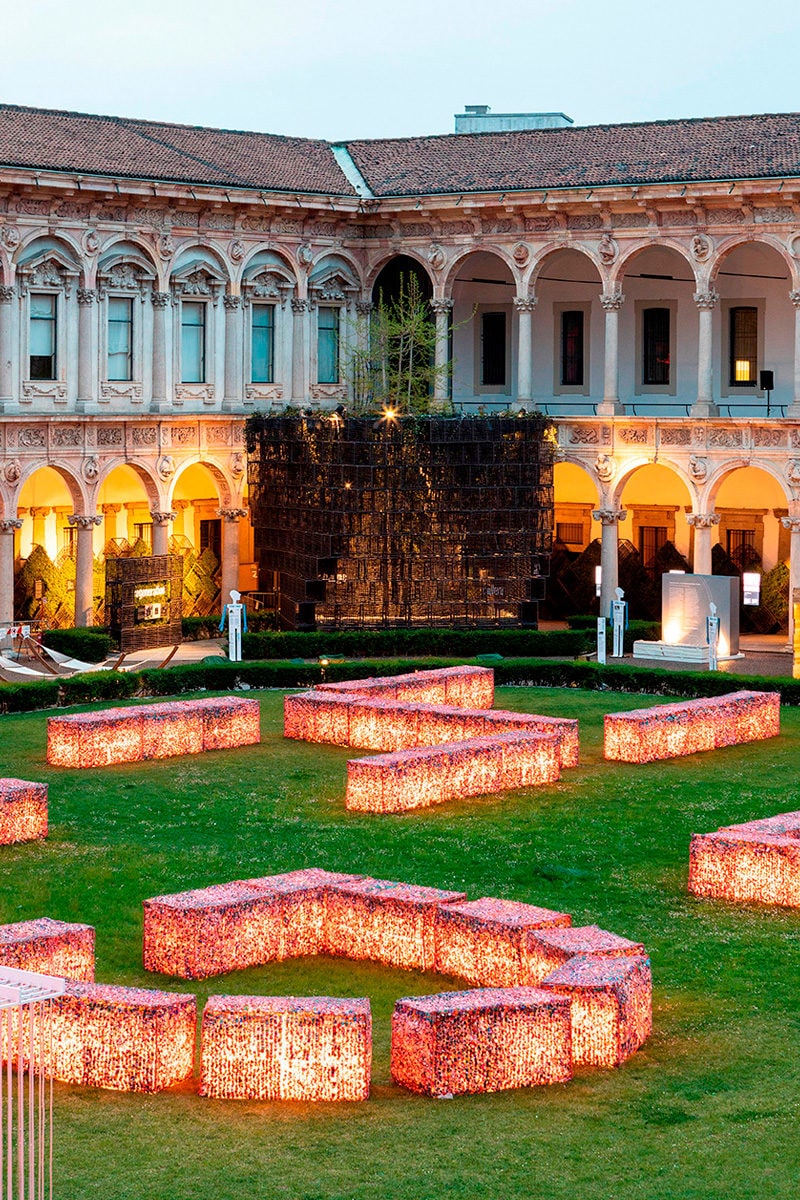 Help the Planet, Help the Humans

A project of ethical and media impact created by Maria Cristina Finucci and curated by Alessia Crivelli lights up the central lawn of the Cortile d’Onore. 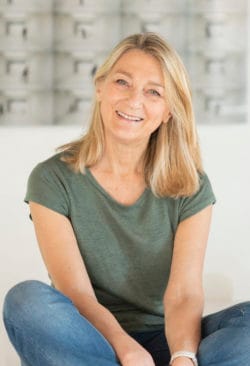 With about two tons of plastic caps – gathered with the help of Università Roma Tre and Caritas – contained in red mesh sacks used for food packaging and enclosed in a metal framework, Finucci makes four gigantic letters of the world HELP: an appeal to mankind to stop the poisoning of the seas.

The installation covers an area of 19 x 15 meters. This is the third time the artist has sent out an SOS, after writing HELP at the Foro Romano (2018) and on the island of Mozia in Sicily (2016).

“During the course of the years in which I have created installations in different parts of the world to protest the invasion of plastic in the oceans,” she says, “my project has been transformed, going beyond the limits of the environmental question and putting the individual, and the entire life of the planet, at the center.”

In 2013, in Paris, Maria Cristina Finucci founded the Garbage Patch State, a federal state composed of five islands formed by plastic abandoned in the oceans, with a total size of 16 million square kilometers, making it the world’s second largest country in terms of area. 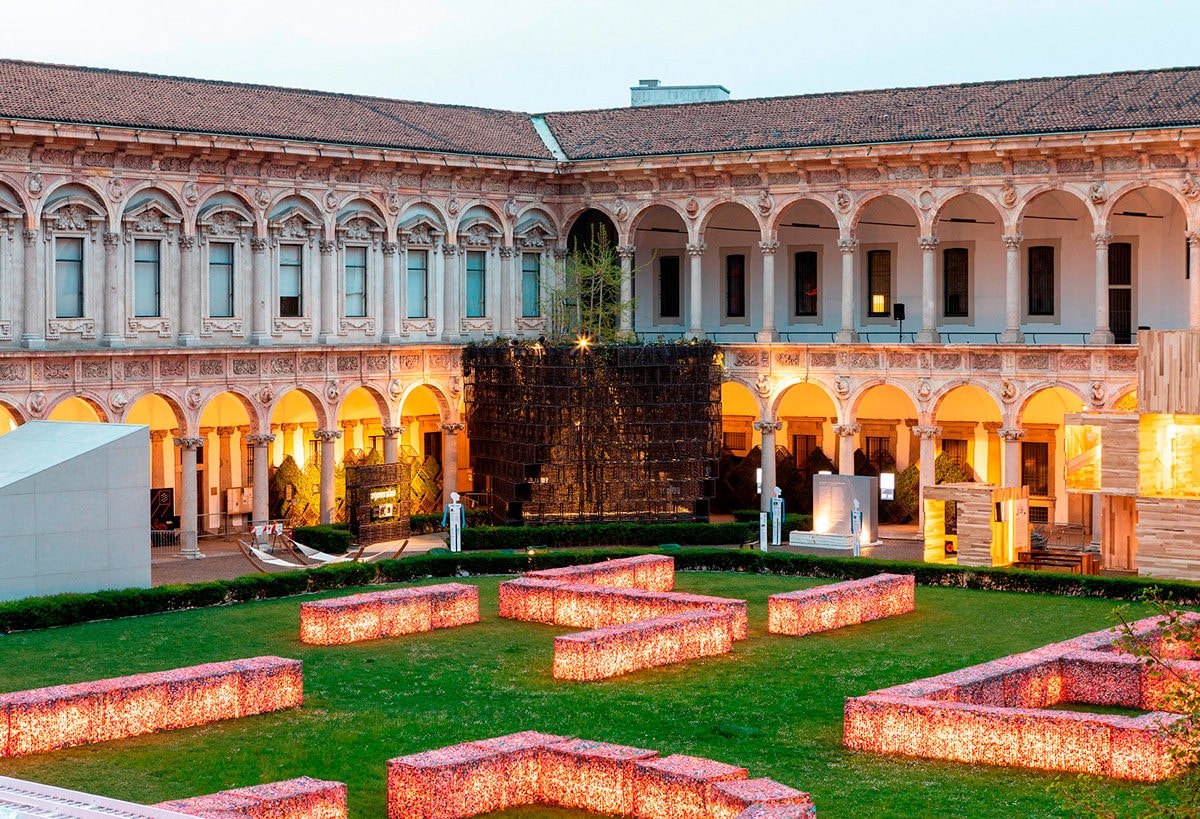 9
Architect and artist Maria Cristina Finucci presents a work that sums up the environmental malaise of this millennium. Covering an area of 19x15 meters on the lawn of the Cortile d’Onore, the installation has been made with One Ocean Foundation by Officine Maccaferri. With the participation of Ariston Thermo which presents The Ariston Comfort Challenge, a climate research mission in Greenland. ph. Mattia Campo
#HumanSpaces #universitastatale