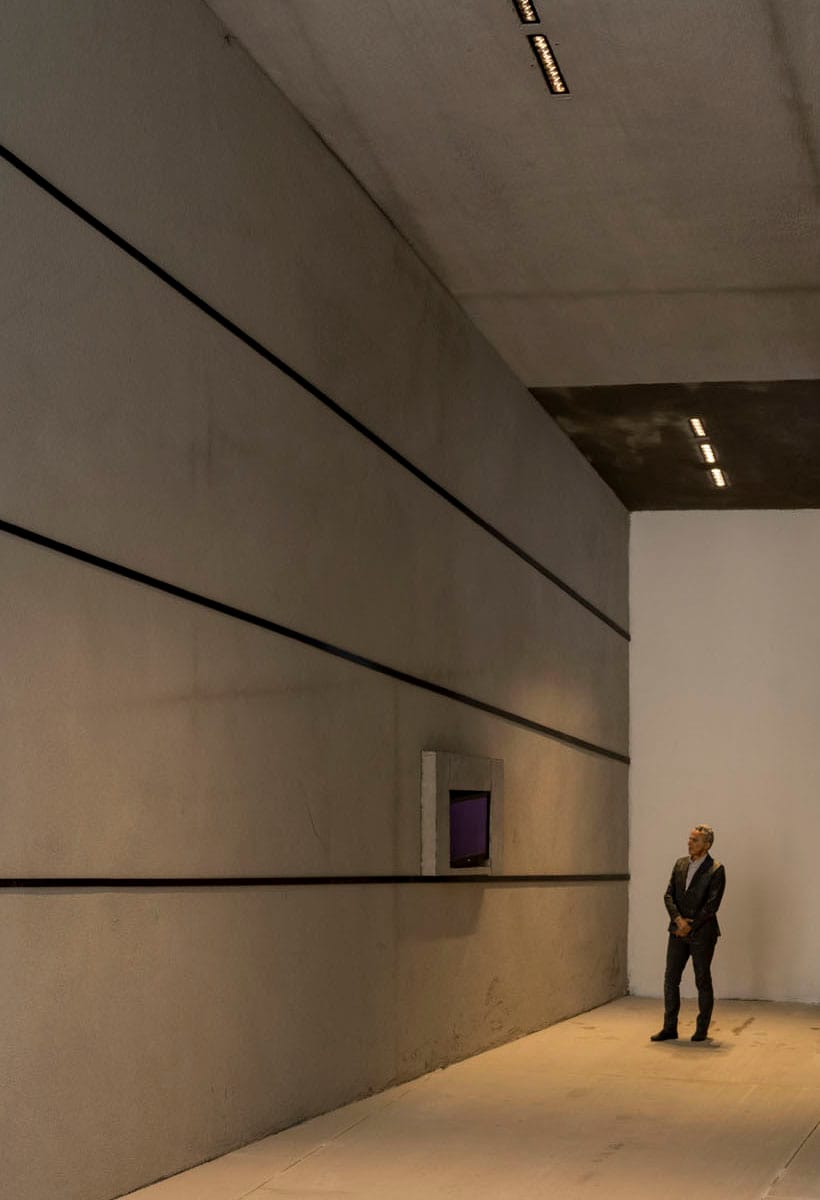 The installation by Massimo Iosa Ghini has a trapezoidal form that sums up the path of perspective with a wider entrance with respect to the final part of the enclosure. 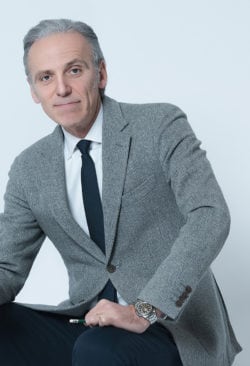 Ten meters long, with height varying from two to six meters and width from four to one in the final section, the structure takes the human body as its reference point, creating the initial effect of something non-finite, connected to time, distance and the desire to reach what seems unreachable. It terminates in the awareness of the idea developed by Palladio for the Teatro Olimpico of Vicenza, of inverse geometric proportion with respect to the starting point.

A human silhouette, dressed and accessorized with a tablet, made with 3D printing and about 70 cm tall in the terminal part of the mini-architecture functions as a perceptive paradigm to convey the sensation of depth and dynamic proportioning of the space.

It also grants meaning to the figure of the suspended veil, the entrance wing, and the extraordinary design flexibility of the controlled technical lighting system inside. 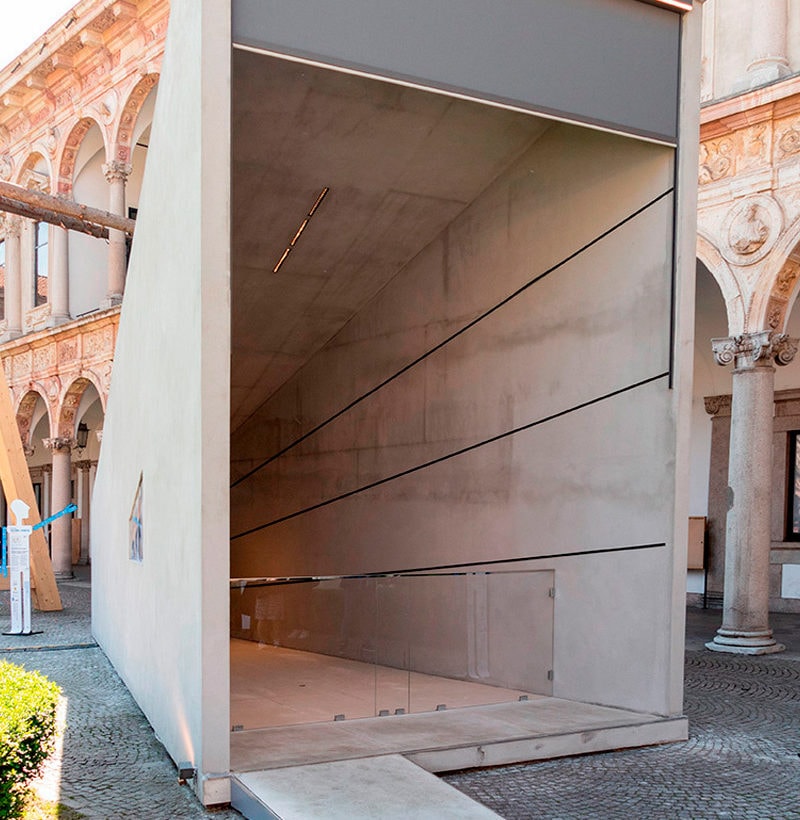 8
The structure designed by Massimo Iosa Ghini is composed of a metal framework, produced by Manni Green Tech, that forms the perimeter frame for waterproof infill materials by Knauf Italia. The same technology is used to line the inner walls in plaster. The entrance wing is by Corradi. ph. Saverio Lombardi Vallauri
#Humanspaces #Installations #universitastatale