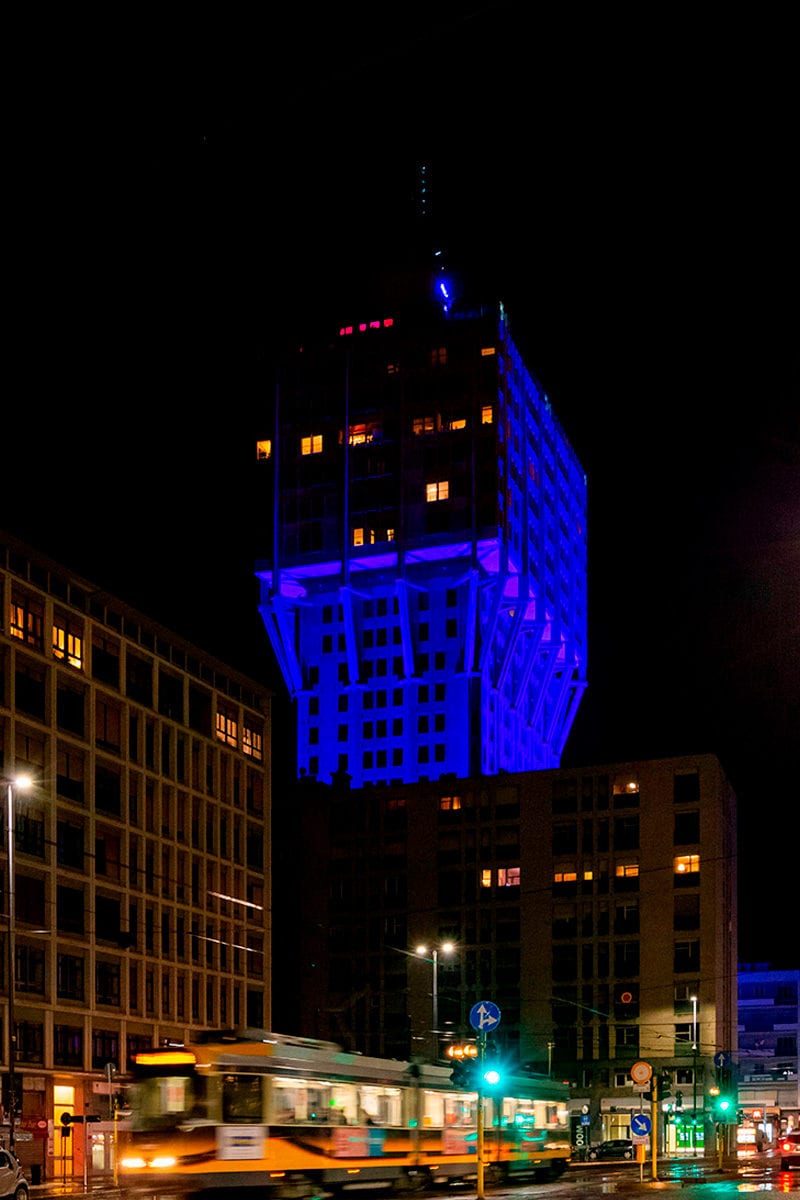 After the experience in 2016, when for the event Open Borders Ingo Maurer and Alex Schmid lit up the Torre Velasca in red with the installation Glow, Velasca, Glow!, the two designers are back at one of Milan’s landmark buildings, making it a reference point for the city. 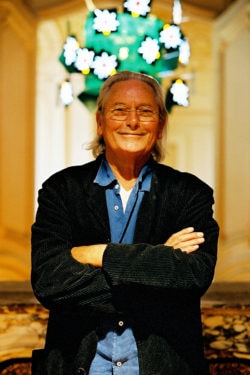 Today the work by Maurer and Schmid, Torre Velasca Blu, makes the tower glow with a mystical, deep blue. The initiative is part of the exhibition organized by Interni, Human Spaces, and is made in collaboration with Urban Up – Unipol Projects Cities, the project of Gruppo Unipol of real estate regeneration, bringing out the value of some of the most important examples of Italian architecture.

To enhance the effect, beams of white light will project the geometric form of the architecture skyward, like a ‘crown’ at the tower’s summit. These vertical ‘decorations’ suggest an ideal link to the nearby cathedral and its spires. The technical lighting project for Torre Velasca has been done by CastagnaRavelli. 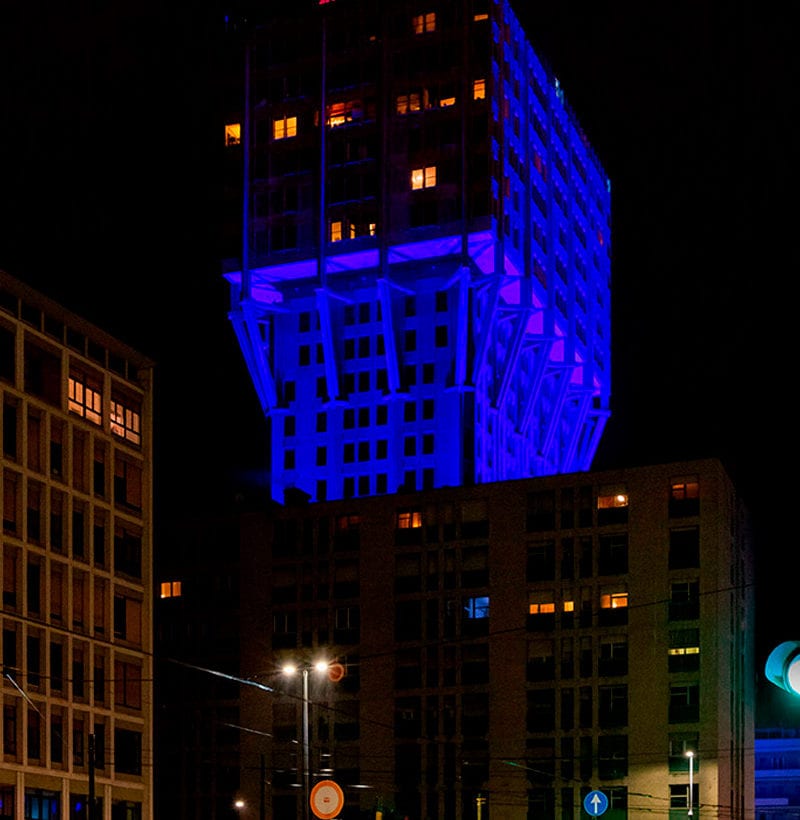 8
Created by Ingo Maurer and Axel Schmid with CastagnaRavelli, and the support of Urban Up – Unipol Projects Cities of Gruppo Unipol, Nel blu dipinto di blu is a luminous installation that colors the Torre Velasca blue (the historic work of architecture by Studio BBPR completed in 1958). At the top of the building, beams of white light make reference to the hundreds of spires of the nearby cathedral. ph. Saverio Lombardi Vallauri
#Humanspaces #Installations