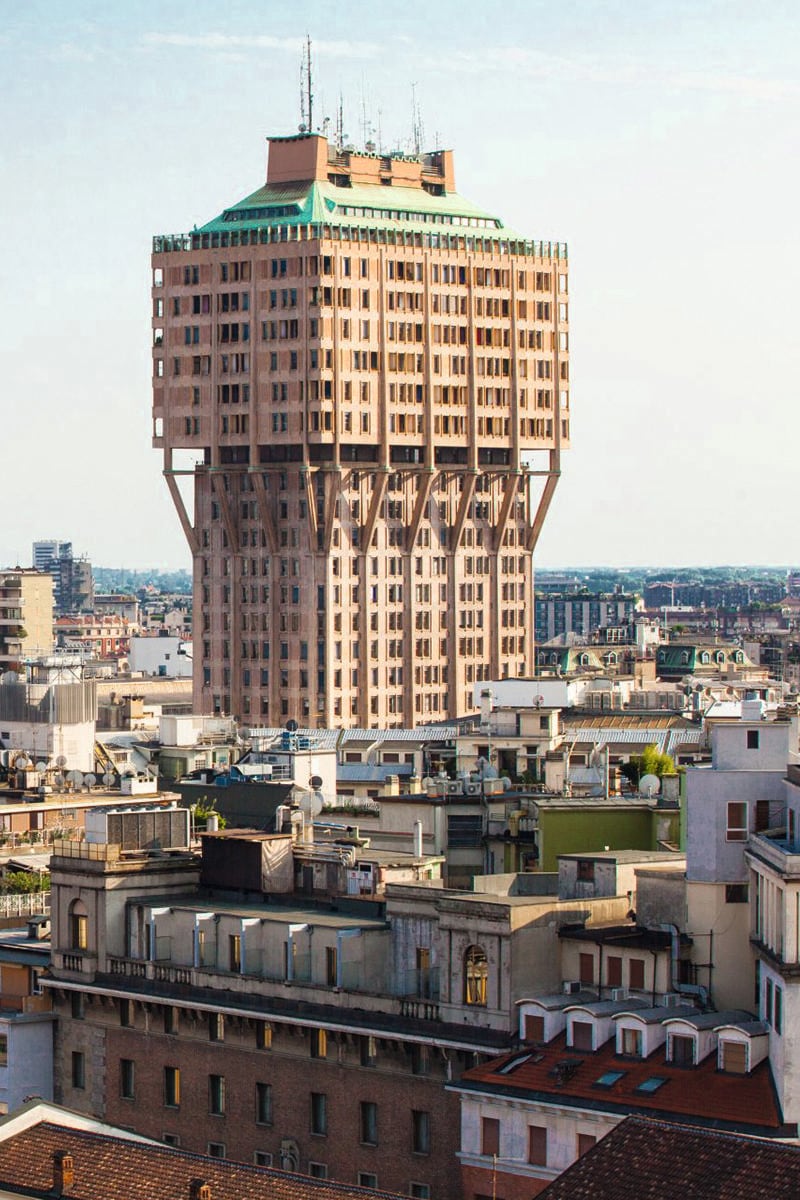 Torre Velasca, 106-meters-high and with its characteristic capital-like shape, is considered as one of the most important works of architecture of the post-war period and among the best known in Milan.  It is still a historical symbol for the city of Milan, so much so that in 2012 the Regional Directorate for Landscape and Cultural Heritage of Lombardy of the Ministry for Cultural Heritage and Activities declared this building as a monument of particularly important historical and artistic interest and therefore submitted it to all the protective provisions contained in the aforementioned Law Decree (Historical and Monumental Constraint).

The design of the building is something absolutely innovative and cutting-edge in terms of construction methods and conception. More specifically, the use of reinforced concrete was the real revolutionary new technology that made it possible to develop innovative and bold building and aesthetic solutions.

The building was created between 1956 and 1958 to rebuild the lot overlooking the 17th century square bearing the same name, named after the Spanish governor Juan de Velasco, following the bombing of  2nd World War.

The tower stands in the middle of a large building district that includes an area - entirely owned by Società Generale Immobiliare which commissioned the project - previously covered with old houses and for which, at the time of its construction, an urban plan was being defined, partly already approved by the Municipality.

The project involved the construction of a series of very high density closed blocks with courtyards which, as suggested by BBPR, were replaced by a semi-open curtain building at the centre of which there was a new square, dominated by the new skyscraper.

The tower was designed and coordinated by a group of leading architects on the Milanese and European scene, who had founded the prestigious BBPR Studio a few decades before. Architects Banfi, Belgioioso, Peressutti and Rogers created an innovative, modern structure that was able to recall the traditional buildings of the historic centre of the city and of the Milanese district in which it stood. Torre Velasca is an example of the successful architectural season of the Modern Movement which characterized the cultural ferment that the city of Milan went through in the immediate post-war period, a time of great reconstructive and creative energy, still a reference for many urban approaches.