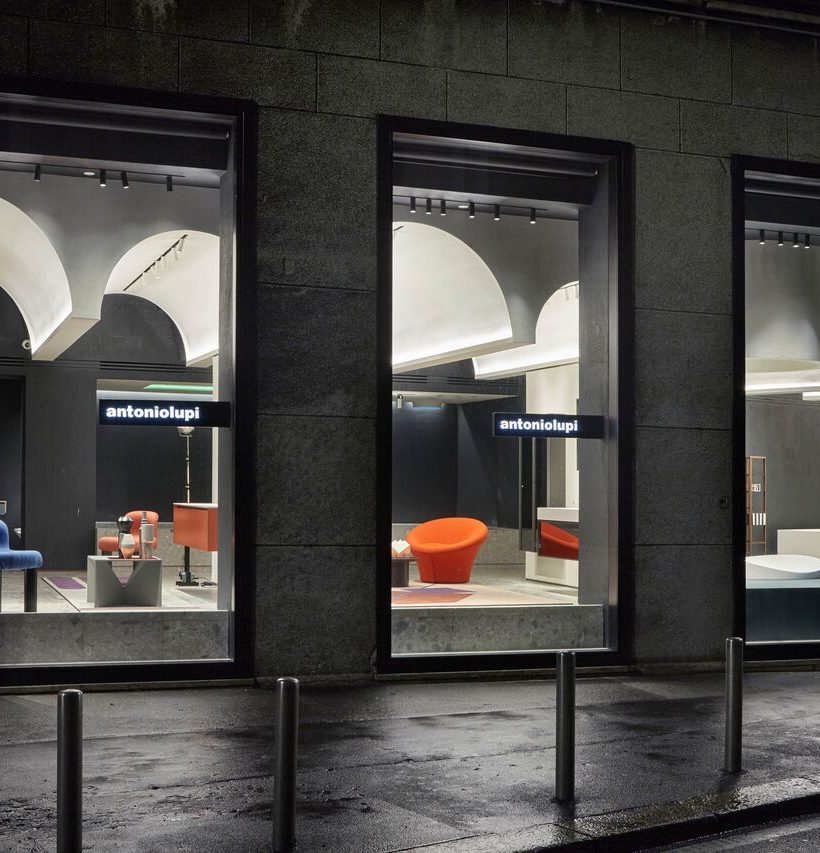 The studio Calvi Brambilla, in agreement with Andrea Lupi, has given the Milan showroom of antoniolupi a forceful image, without distracting attention from the products and the theatrical itinerary in which they are displayed. 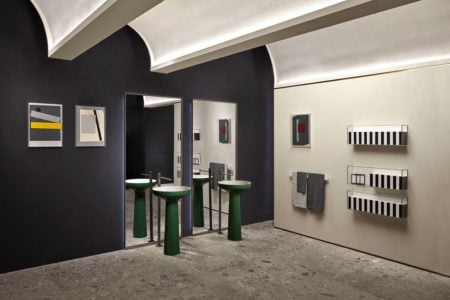 The space has doubled in size, bordered by walls finished in coarse-grain cement-base plaster, a material used for thousands of years in Milanese buildings. 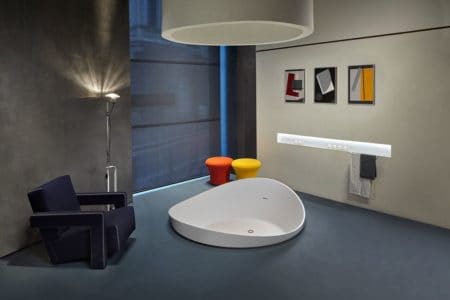 Concentrating on the particular layout of the flagship store – on the ground floor of an elegant tower designed in the 1950s by the architects Baselli and Portaluppi – the architects have decided to work on the architectural box. 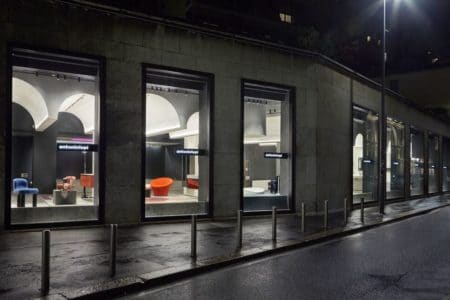 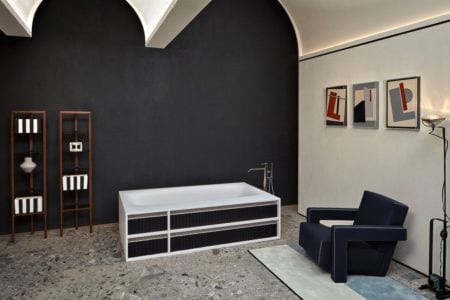 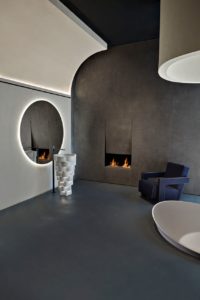 The project has been inspired by the Kılıç Ali Paşa baths built in 1577 by the Ottoman architect Mimar Sinān.