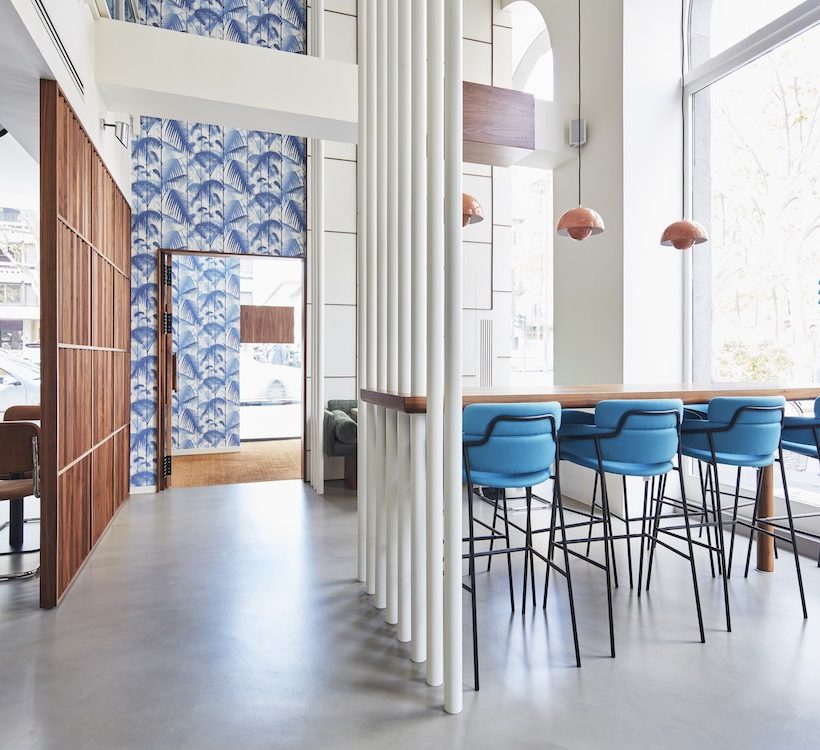 In a building facing Corso Vittorio Emanuele II in Turin, in the Borgo Nuovo district formed following the urban transformations of the early 1800s, the Barca’s restaurant is a small venue designed by Fabio Fantolino, who has managed to convey the sensation of a cozy but airy space, also thanks to the large streetfront windows.

The facility on three levels features a design that creates a strong connection between the ground and first floors: the white color of the walls and objects is interrupted by wallpaper patterned with blue ferns, framed by borders in American walnut.

The furnishings add to the warm atmosphere: custom lighting fixtures feature chrome cylinders cut diagonally, while the tables made with different colored laminates and the chairs by Alivar in Alcantara reference the design of the 1970s.
The coverings of the sofas and seats include sea blue velvet, green cotton and hazelnut Alcantara.

On the ground floor the counter is the true protagonist of the space: the design of white circles on a wooden background again references the geometric patterns of the Seventies.

Barca’s offers a chance to experience the atmosphere of the American West Coast in the 1970s, while remaining in the center of Turin.