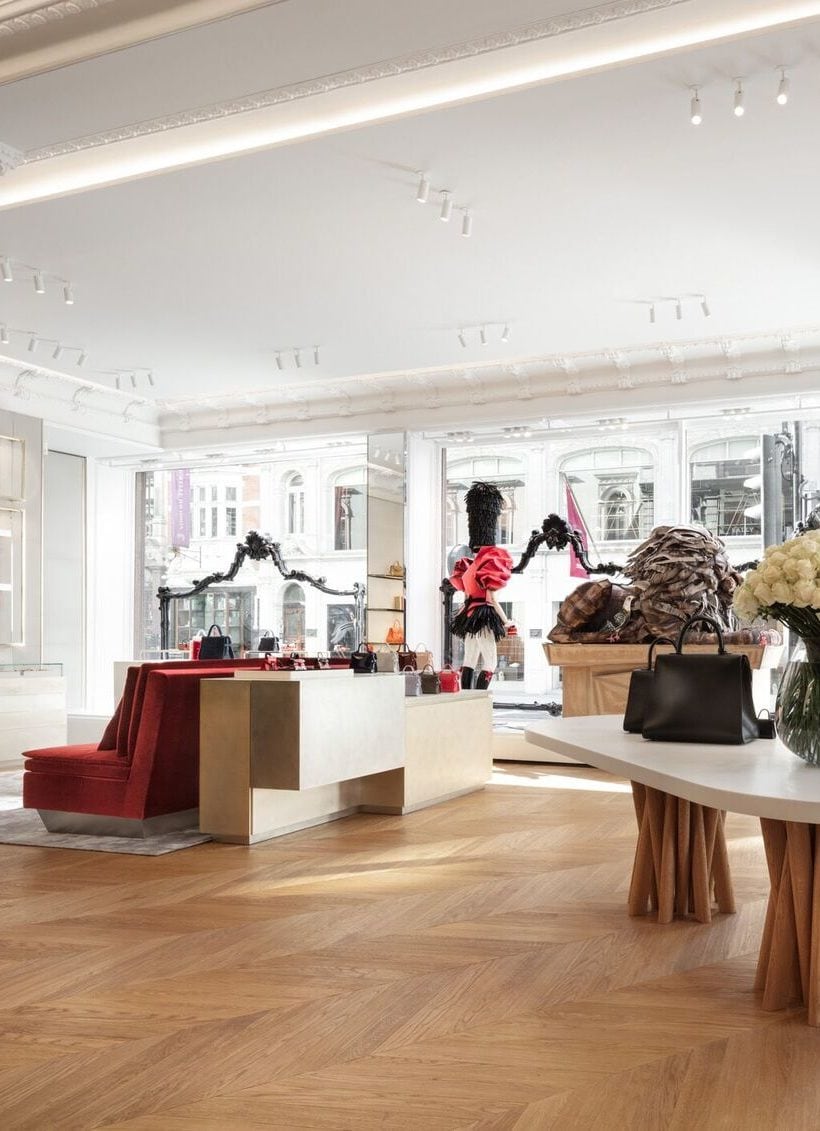 The maison opens a new space in which the Belgian spirit meets the British tradition. By Vudafieri Saverino Partners

Delvaux, the world’s oldest luxury leather goods house, has opened a new boutique in London: a space that combines the “Belgitude” of the company with British charisma.

The interior design by the Milan-based firm Vudafieri Saverino Partners narrates the tradition, the savoir-faire and contemporary creativity of the brand, with an always different language, in dialogue with the identity of the cities involved.

The new space at 47 New Bond Street is located in a building designed in 1906 by William Flockhart: a true architectural gem famous for its superb facade and original paneling.

The interior design brings out the characteristics of the space and its special position on the street, presenting majestic windows with bronze moldings.

The iconic feature of the boutique is the sinuous black paneling in a sophisticated matte finish. The soft forms generate a refined contrast with the squared geometric lines of the shelves and the consoles finished in pale gold. The dramatic staircase leads to the lower level, with the dichotomy between the white tone of the cabinet, a Delvaux icon, and the dark tones of the space.

The sole chromatic accents are the MSE – Marta Sala Edition sofas based on a custom design by Vudafieri Saverino Partners, referencing the red of the British flag, and the carpets by Jan Kath.

The elegant space is completed with iconic 20th-century design pieces, like the Silver Consoles and AK by Martin Szekely and the lamp by Gino Sarfatti, in dialogue withe classicism of the Corinthian and Roman columns created by Flockhart.

The (meticulous) luxury of details