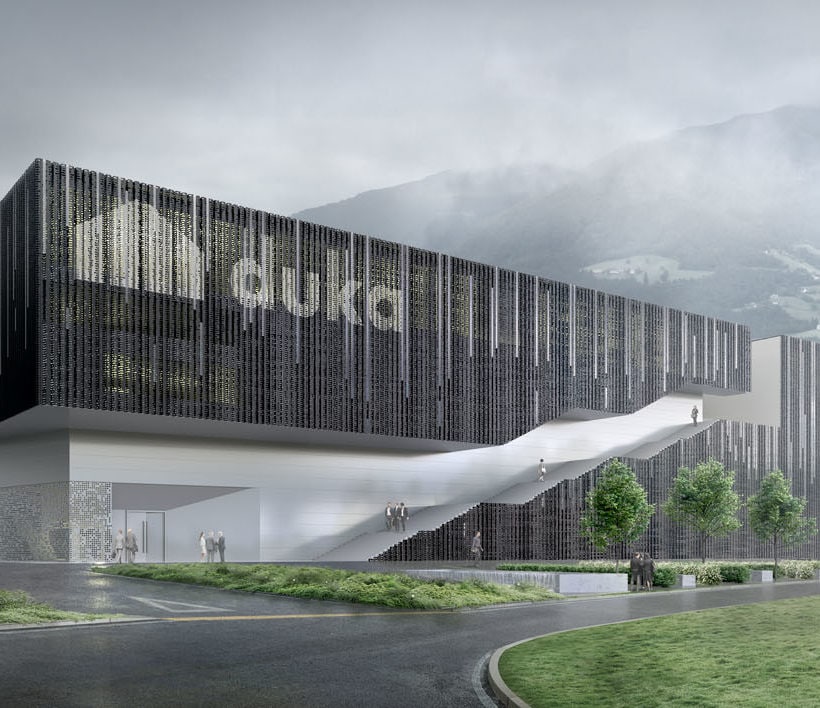 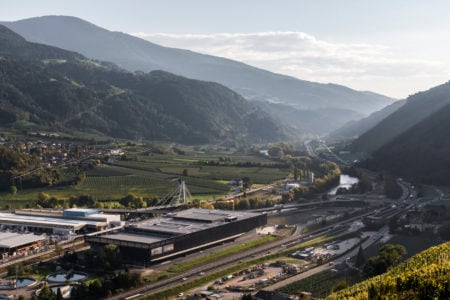 Due to the need to reunite under a single roof the five departments of the company, the project has continued to grow, and today what was one of the largest worksites in northern Italy has become a striking, impressive work of architecture, in slightly less than one year of work.

“The first stone was laid in January 2017 in a ceremony attended by the local authorities,” says Hans Krapf, founder of duka. “We have a firm bond with our territory, so we immediately ruled out the idea of locating elsewhere. We owe a gret deal to Italy and Alto Adige.”

The building designed by the firm KUP Architekten / Kerschbaumer Pichler & Partner is a giant of about 20 meters in height by 200 meters in length that fits perfectly into the profile of the valley, with its compact, clean and rigorous image, reflecting the corporate identity. The imposing look is attenuated only by a large frontal staircase that encourages visitors to make a symbolic voyage inside the world of duka.

The innovative headquarters, which is the ‘home’ of over 250 employees, is a pioneering facility with luminous, spacious rooms that encourage both professional and human dialogue and cooperation. The electrical, energy, climate control and ventilation systems also reflect the vanguard of today’s engineering. 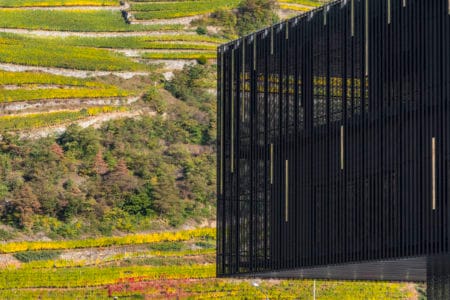 “We like to emphasize the fact that we have done all this,” says Hans Krapf, “including the relocation of machinery, without ever halting production! This is an important factor if we consider the fact that over 100 pallets stacked with goods are produced by duka every single day. The new headquarters is duka’s crown jewel, the result of the efforts of our entire team, who make our success and constant evolution possible, day after day.”

The new headquarters in numbers and facts: