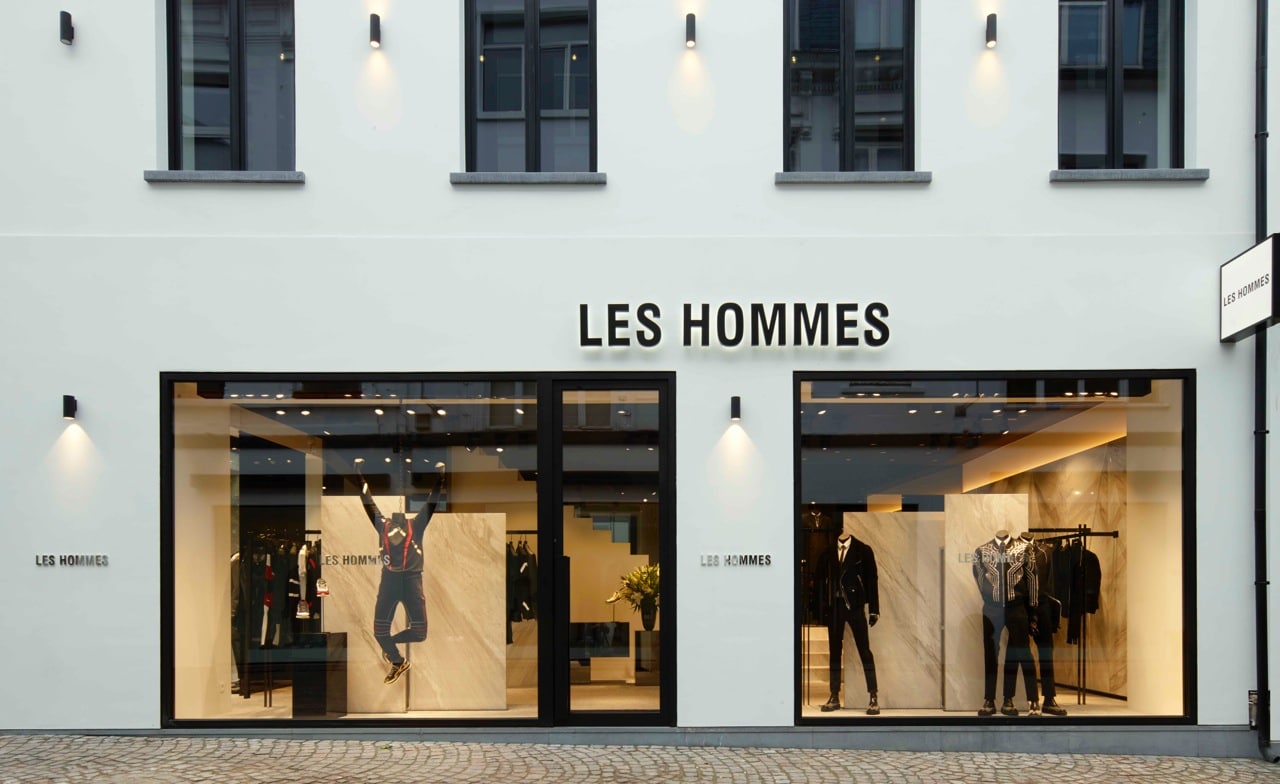 The Belgian brand Les Hommes opens its first flagship store in Belgium in a space of 200 m2 in Antwerp, the hometown of the two creative directors Tom Notte and Bart Vandebosch.

The store at 6 Arme Duivelstraat is the second flagship in Europe, after the one opened at Milano Porta Nuova in 2014; it will be a step in the major expansion of the brand, which calls for the opening of 15 new boutiques in Asia over the next 3 years.

As in Milan, the concept and brand identity of the new store have been developed by Piuarch.