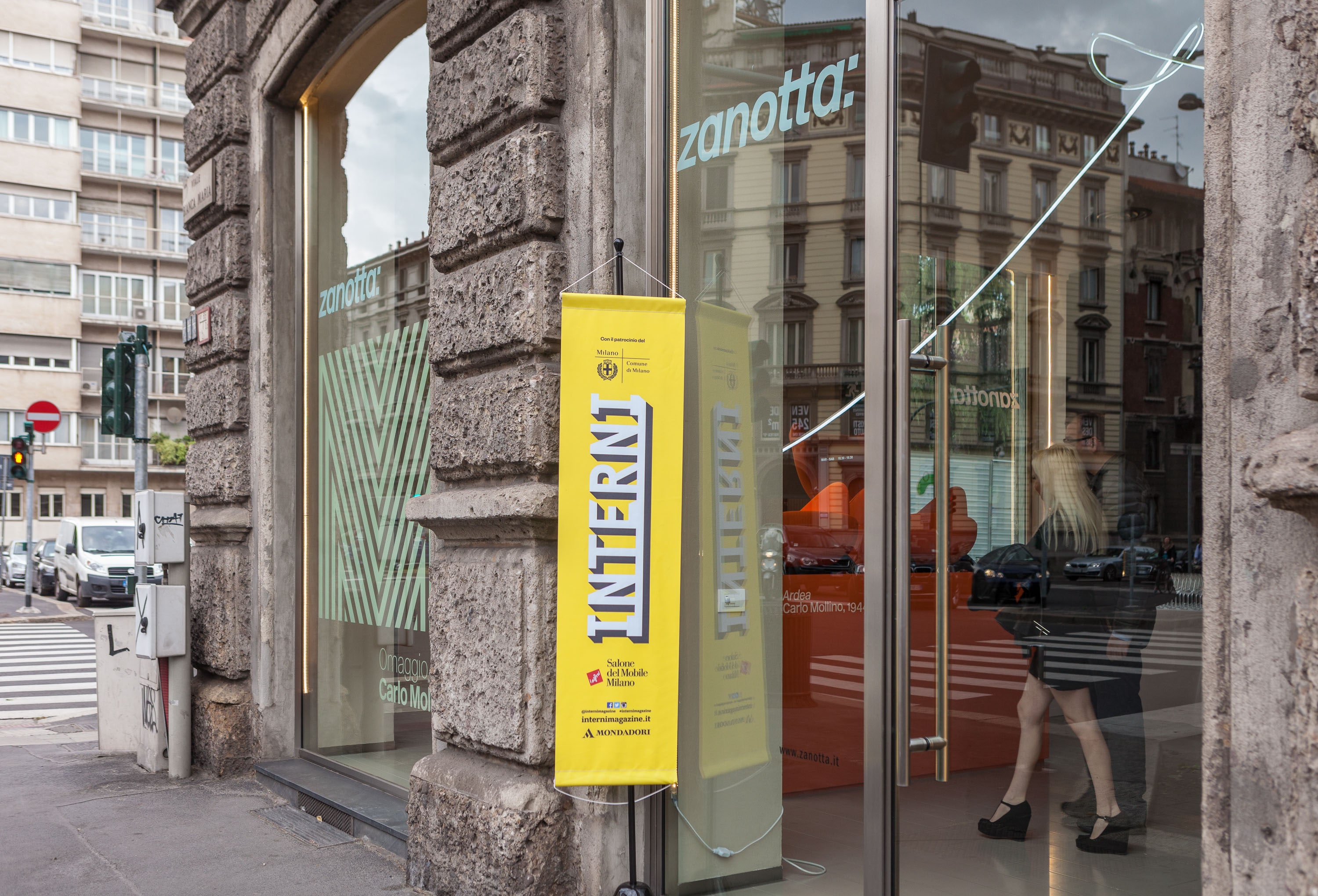 The place: the Zanotta showroom. The protagonists: Manolo De Giorgi, architect and critic of design and architecture, and Gianluca Fusto, the talented pastry chef and rising star of the new generation in this field.

The occasion: to honor Carlo Mollino (1905-1973), the great architect and designer from Turin, with an exhibition in the Milan showroom. Zanotta, starting in the 1980s, has reissued some of the most important and beautiful pieces by the genius from Turin, designed from the 1930s to the 1950s.

In the event hosted by Zanotta on 15 May, the “Tribute to Carlo Mollino” – as in the title of the exhibition – began with the encounter between design and food, surprisingly finding a common link between design and the art of cooking: both, in fact, leave no room for improvisation, though they do call for imagination and creativity.

Manolo De Giorgi explains: “Mollino had a boundless imagination, but when he shifted to the operative phase he followed the rules with the precision of a geometer. In short, he thought in an ‘unleashed’ way but in the end he designed chairs and tables with absolute rigor, creating absolutely perfect pieces.”

The same thing happens making pastries. “The creative part,” says Gianluca Fusto, “has to correspond to respect for the ingredients and their proportions, almost like a mathematical formula where sugars and fats are blended with rigor and precision. For example, in my ‘Lucente’ cake there are ten layers in 4 centimeters of thickness: each layer has to comply with optimal structures and temperatures so they will not separate at the time of cutting, and at the same time will melt in your mouth…”