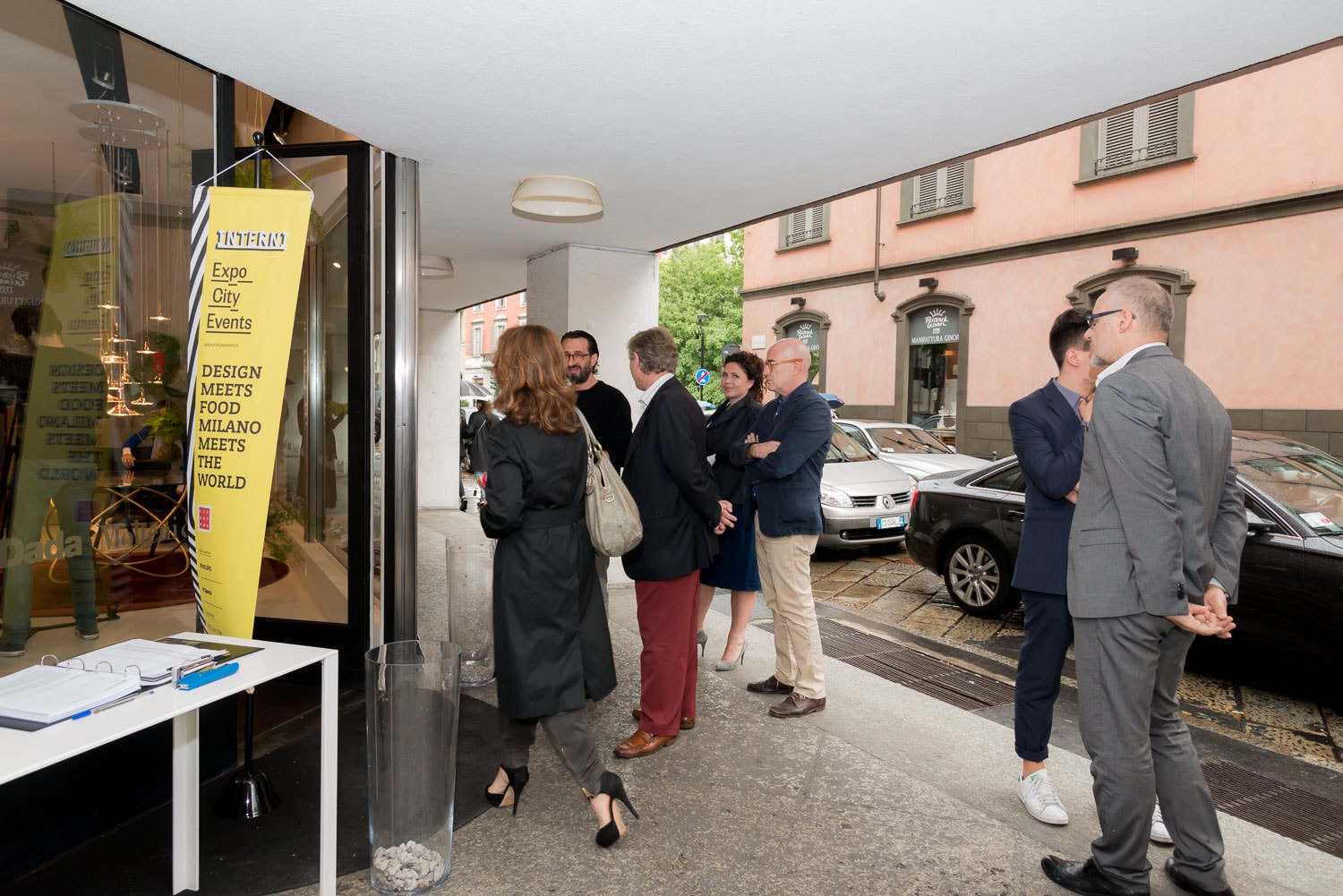 A brilliant conversation on materials and design around the Vela kitchen by Dada, on May 20th, with a full house at the Arredamenti Stadio showroom on Via Solferino at the corner with Via Pontaccio, part of the circuit of events Design Meets Food – Milan Meets the World, organized by Interni in the initiative Expo City Events.

The protagonists of the evening, including a special cooking show, were two big names in creativity, in their respective roles: Ernst Knam, the master chocolatier of German origin, at the helm of the Knam pastry shop in Milan for over 20 years, and Ambassador of Expo Milano 2015, and Ron Gilad, the internationally acclaimed Israeli designer who has created, for Molteni&C., the Grado° furnishings collection, with large and small tables, wardrobes, bookcases, mirrors and shelves, featuring essential geometric forms, as well as the Sphere table, a soloist in the shop window.

Knam began, “if there is no chocolate in heaven, I want out!,” setting the stage for his exchange with Gilad, regarding experimentation and attention to detail, chemistry and mathematics, to find the right combination of ingredients and the right balance of sweet and sour/bitter flavors.

The lines diverged when it came to the arrangement of the kitchen on the domestic stage. “For me the kitchen is the place for the telephone, because I don’t cook, I don’t prepare, I don’t clean up,” the designer announced. “For me, instead, it has to be the biggest and most important space in the home, much more than the living area,” said Knam.

But also an intimate place not open to the other rooms, independent, in which to work in a professional manner, with harmonious gestures, always with an eye on sharing things with friends and guests. Ideally completed by a large table.

The chocolate creations spoke for themselves!

The wines tasted during the event were Freccianera Rosa and Franciacorta Brut Rosé Millesimo 2010 (www.fratelliberlucchi.it).