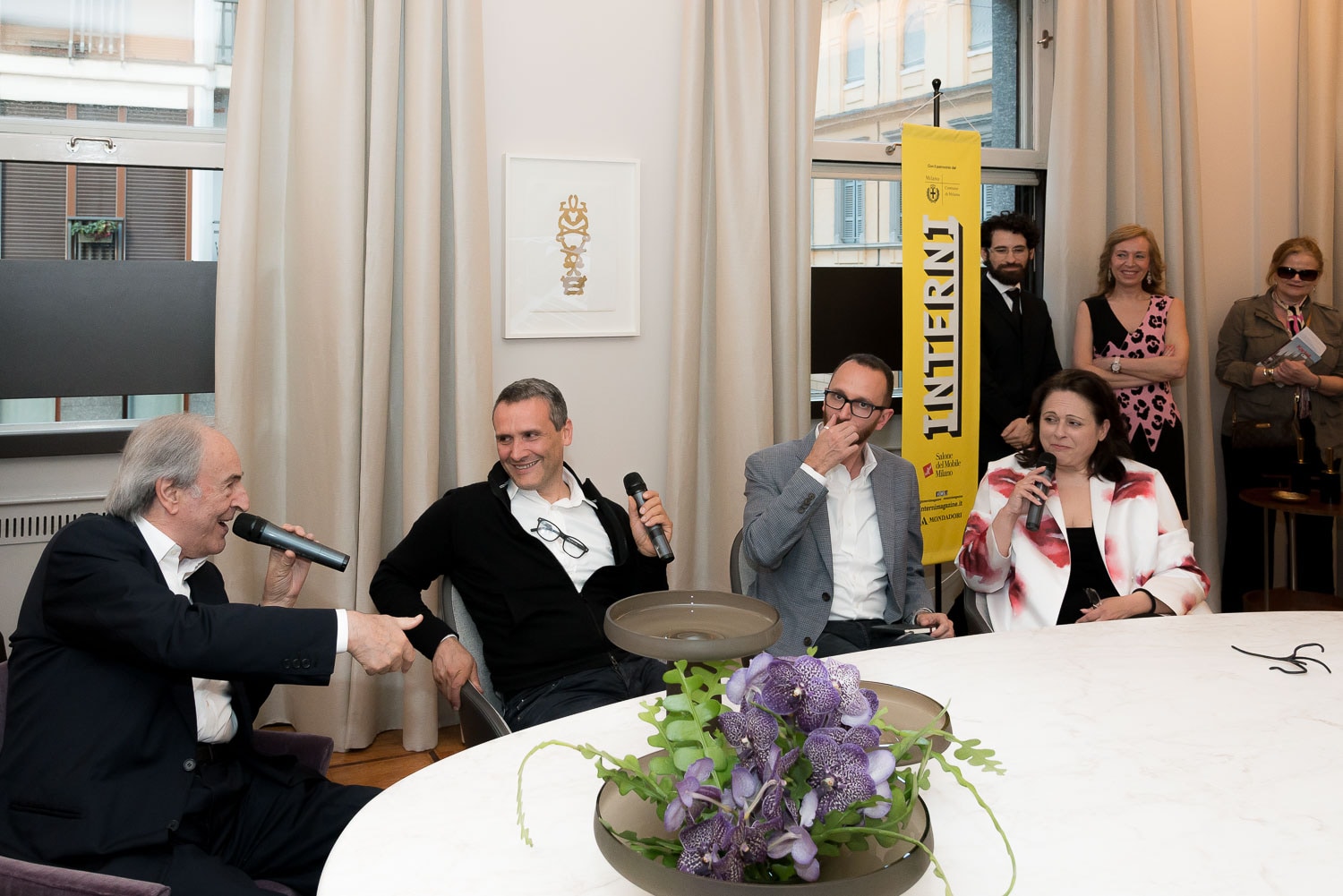 A challenge, and a provocative one, launched by the architect-designer Rossella Pugliatti and the chef Paolo Reina for the event Design Meets Food – Milan Meets the World held on 13 May at the Giorgetti Atelier, Via Serbelloni 14, Milan.

Rather than simply expressing thoughts and words, the two protagonists channeled their creativity in the design of a real object to combine aesthetic pleasure and that of the palate.

The mysterious object was unveiled during the evening: it is called Ilramino and it resembles the sinuous, sculptural branch of a tree, first prototyped with 3D printing and then made by hand in aluminium treated with a non-stick surface.

“We began with the idea of creating a tool with a strong formal connotation, an expressive object,” Rossella Pugliatti, the designer of Giorgetti, explained, “which would also be functional and would stimulate new actions in the kitchen.”

Paolo Reina, creator of the dishes of the Antica Trattoria del Gallo in Gaggiano, had the job of testing the Ilramino. He revealed almost unexpected virtues: the innovative utensil was useful to cook at different temperatures (up to 400 C°), and also became a source of inspiration for new recipes and very creative dishes, also functioning as an original visual complement.