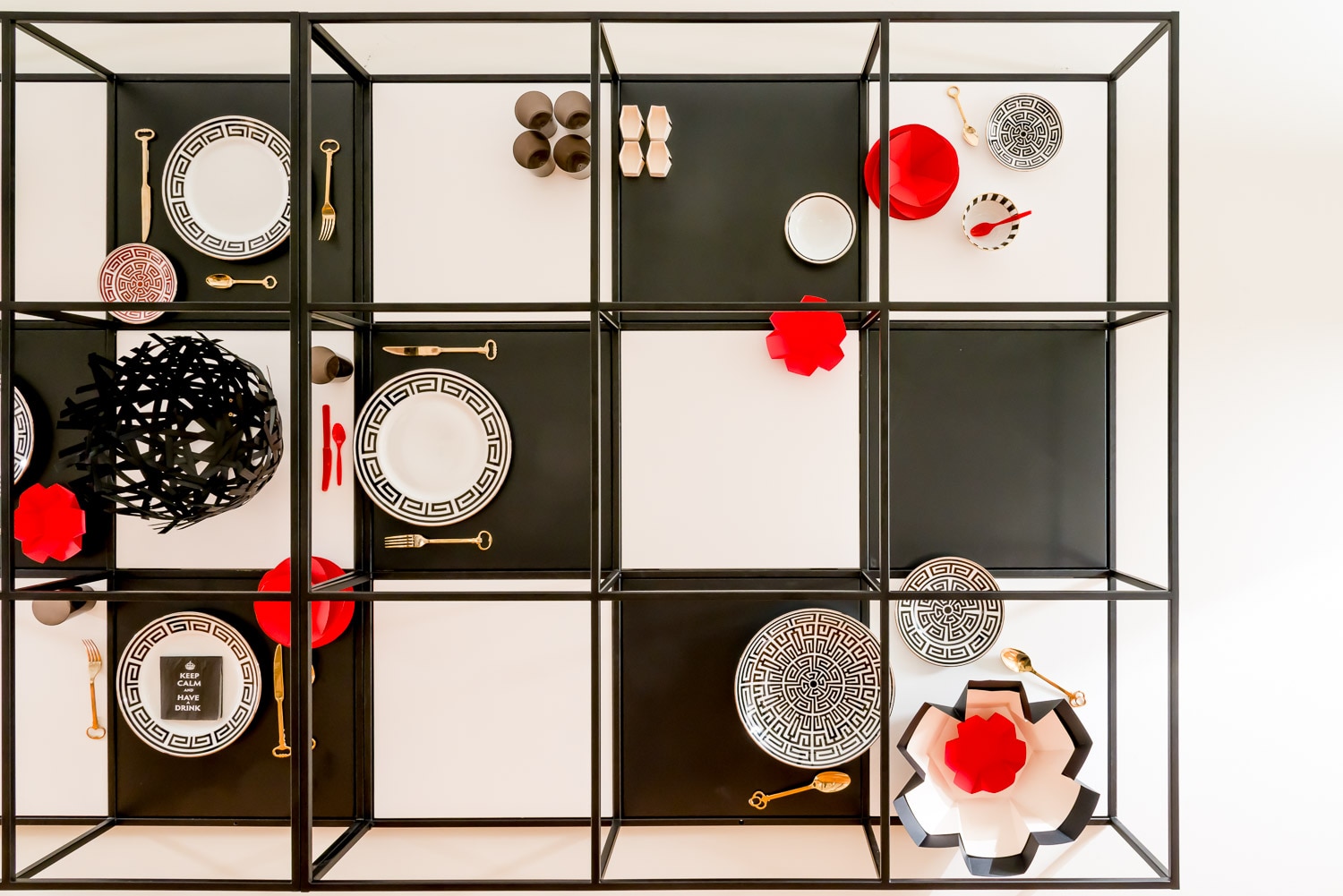 Elegance met creativity during the evening of 29 October at the Meridiani showroom, Corso Venezia 29, in Milan.

The showroom hosted the chef Simone Rugiati for an encounter between vivid personalities in which Plinto, the new Meridiani collection of tables by the designer Andrea Parisio, was the co-protagonists of the gastronomical creations prepared for the occasion.

For the setting, a vertical table made using the “skeleton” of the Hardy freestanding bookcase: a black and white checkerboard where the Labirinto porcelain by Richard Ginori, inspired by a drawing of Giò Ponti from 1926, and the Cirque des Merveilles line of the same company, interacted with paper objects by the artist Daniele Papuli and the Keytlery Gold flatware by Seletti.

A game on different levels of more or less light objects, in an imaginary path from breakfast to dessert, amidst touches of red and gold.