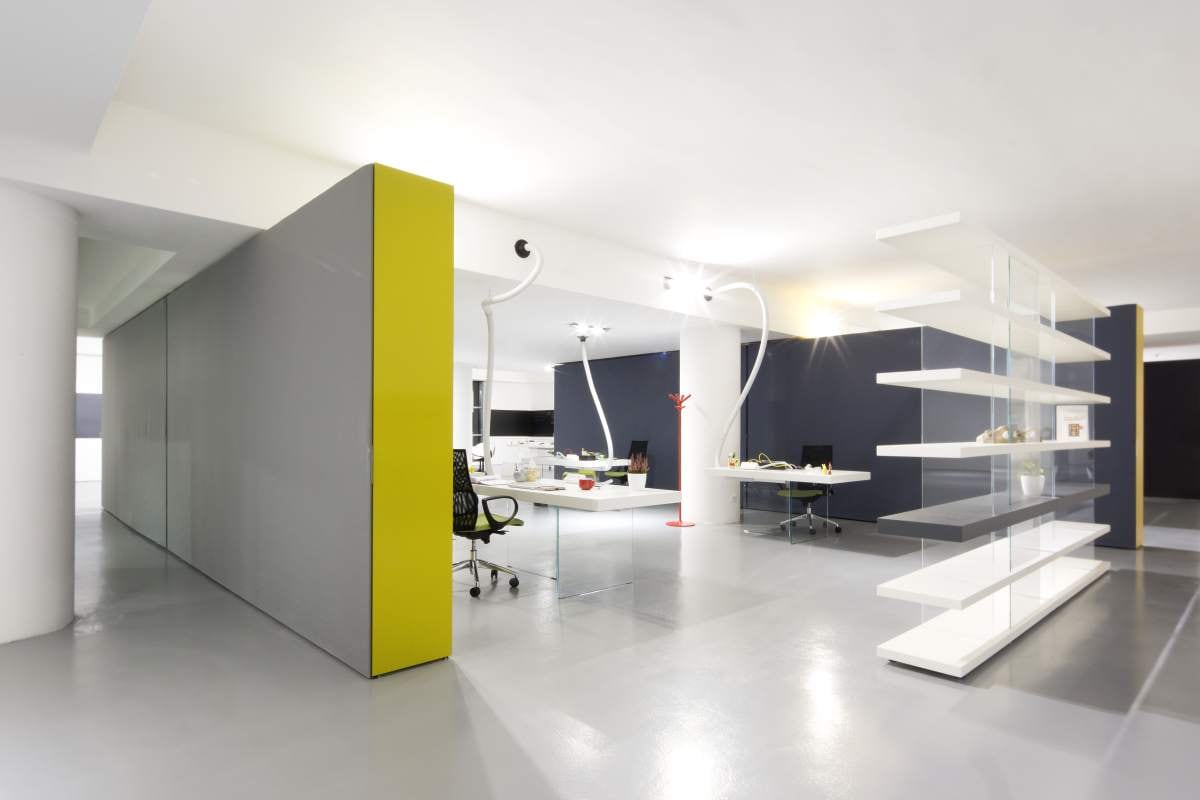 The workspaces of the new headquarters of Mosaicoon at Isola delle Femmine (Palermo) are the latest accomplishment of the Lago Interior Life Network, in a facility of 4000 m2 near the sea, designed for the needs of its users, and reflecting the innovative, dynamic character of the Sicilian tech company.

The interior design of Lago at Work@Mosaicoon was done by the studio Squar-e Architettura, Francesco Brigulia and Giuseppe Di Prima, plus Francesco Librizzi Studio, assisted by Lago for particular solutions, covering three levels of the Mosaicoon headquarters: the basement of 405 m2, the ground floor with an area of 961 m2, and the first floor, 660 m2, for a total of over 2000 square meters of floorspace.

In particular, Lago has designed the furnishings of the operative zones, managerial offices and common spaces. Lago design adds character to the interiors with a home feeling that promotes individual and collective well-being. A goal that has always been part of the company’s DNA and is summed up in the slogan Welcome Home, launched at the Salone del Mobile 2015.

The building that contains the Mosaicoon offices is on a triangular lot between sea and land, with fine views from the windows. The designers have interpreted the space precisely to create a visual axis connecting the two natural elements in a situation of continuity. Lago’s talent for lightness brings greater breadth and a sense of fluidity to the environment; the clean lines of the furnishings, the suspended elements, the use of glass to allow the gaze to roam freely.