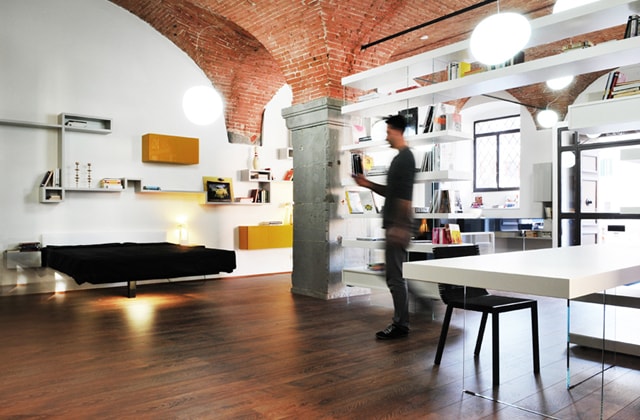 After opening a store in Florence in October, the Venetian company has created another exclusive outlet in Tuscany. Livorno has been selected as the city for the new Lago flagship store, confirming the firm’s ongoing growth. Lagostore Livorno is located on a historic square along one of the main streets of the city. The setting is unique: upon entering, one does not have the sensation of being in a store, but in an apartment. The layout of the spaces, in fact, is very ‘domestic’. The LagoLinea system runs along the walls and connects the kitchen area with the bedroom zone. A large Air bookcase system, which also contains a passageway, becomes a light partition to divide the spaces.