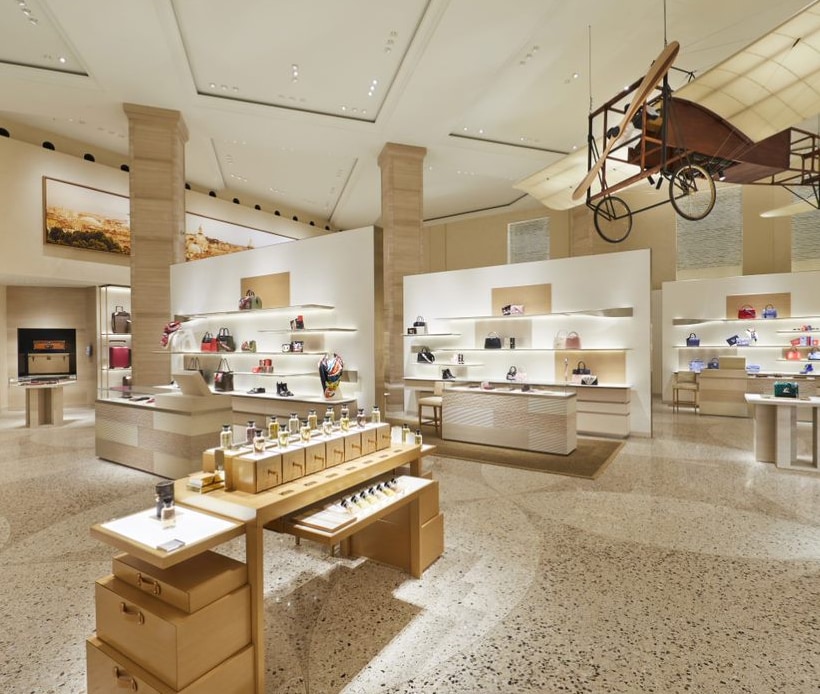 Louis Vuitton opens a third store in the capital.

The facade of the Palazzetto features the entrances and displays of the shop, as an integral part of the architecture of the overall department store.

La Rinascente has been made over an archaeological site, an aqueduct opened by Augustus in 19 BC.

The plan of the Louis Vuitton store, on street level, above the level of the aqueduct, follows its curved lines.
An extraordinary, eclectic setting, amidst vestiges of the distant past.

Based on the new concept developed for Louis Vuitton by the architect Peter Marino, the interiors are a tribute to the company’s combination of tradition and innovation.

The monumental pillars in the space replicate those outside, clad in Trani stone, while the floor in Venetian terrazzo reproduces a floral design of the Monogram in tones of beige and brown.