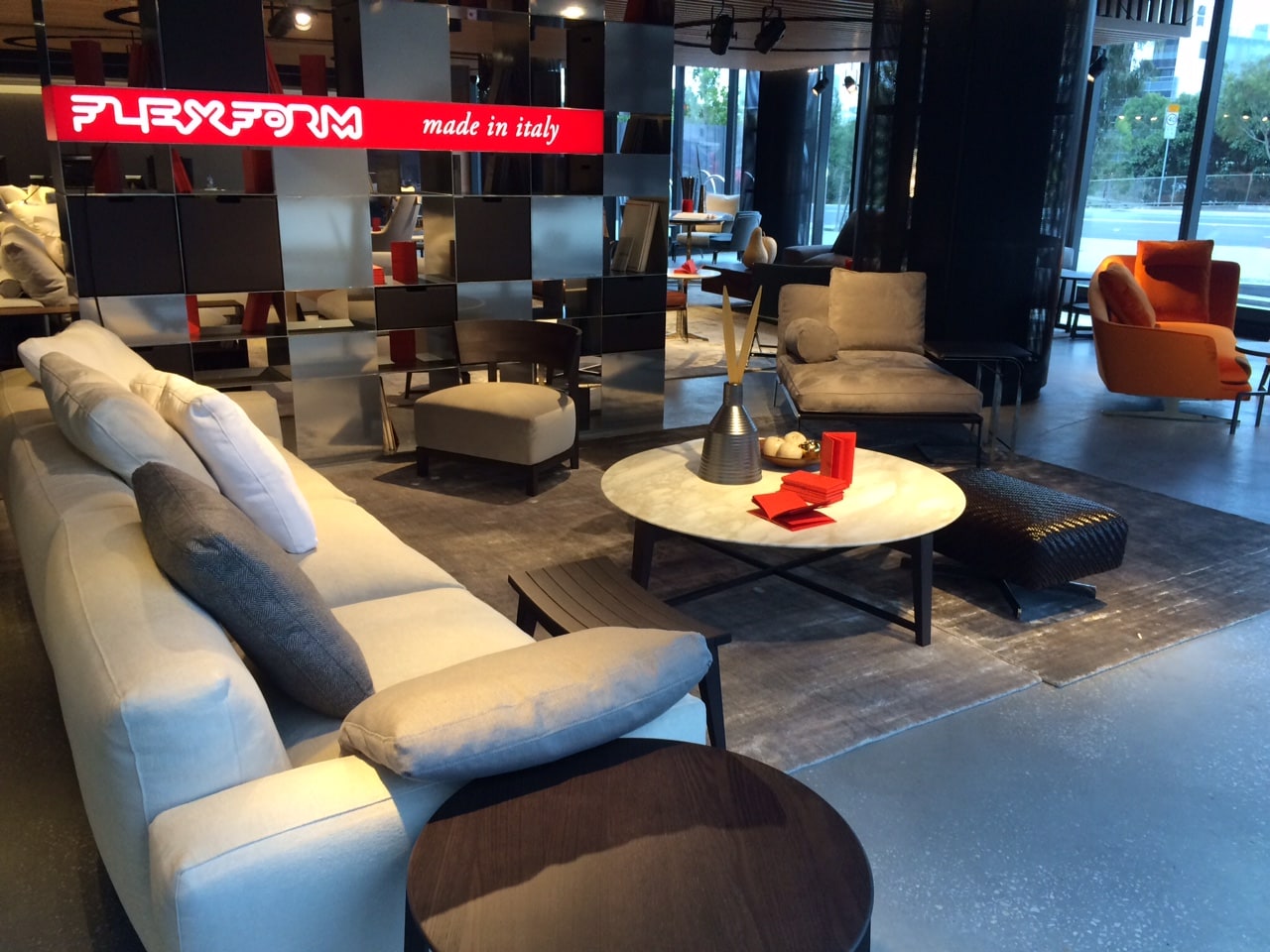 On the other side of the globe, a new Flexform space has been opened in Auckland, New Zealand. A modern building with large windows located on Nugent Street, Grafton, contains a large area for the most outstanding products of the Italian company’s design collection.

Flexform is also opening a new store in Australia. After the success of the flagship store in Sydney, the new space in Melbourne is in an impressive work of architecture with large windows on the street to present the Flexform collection.

With a strategic location in the South Yarra design district, near the Yarra River on Chapel Street, the new store – managed by Fanuli like the unit in Sydney – maintains the same display concept found in Flexform stores around the world.