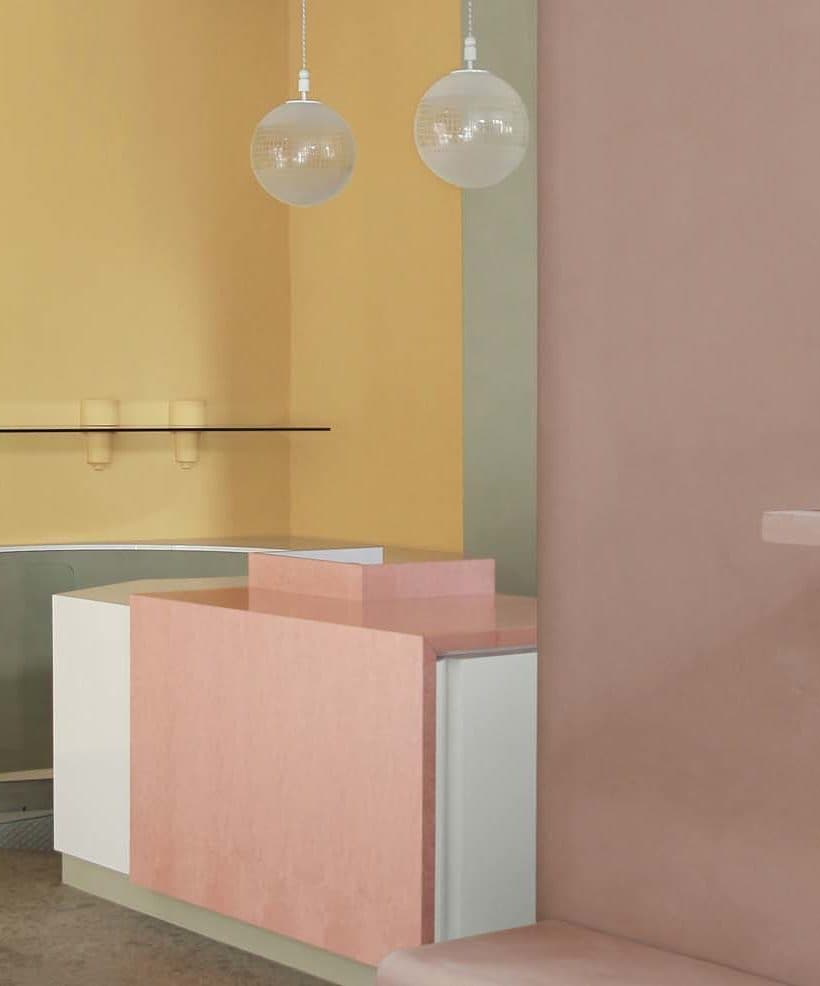 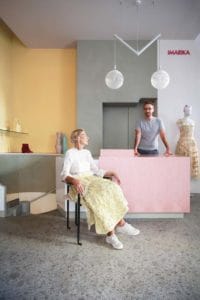 The architecture firm Marcante-Testa has designed the renovation and expansion of Imarika, the historic women’s fashion boutique in Milan in the Porta Venezia area. The project focuses on the study of the space and its enhancement through architectural features with a precise formal and functional identity.

The store is subdivided by an angular partition in wood covered with clay plaster to outline the various display areas, becoming a fixture itself (for the shop windows and the interior) for footwear, handbags and accessories, while a small architectural setting, again in clay plaster, contains the fitting rooms.

The horizontal dimension of the displays is vertically balanced by the use of a system of struts in copper tubing with passementerie inserts to sustain the garment rods and accompany the gaze to the decorated ceiling. The technical lighting from above becomes part of a plaster pattern on the ceiling, like a sort of reverse carpet.

The cabinetry in plexiglass, like the custom lamps, contributes to suggest a domestic dimension that becomes the medium between product and public. 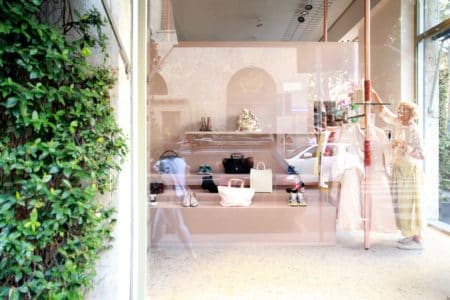 The expressive forms and research on materials, from clay to rose briar as well as glossy white laminate, plexiglass and copper, do not alter the architectural enclosure, but create an architectural landscape.