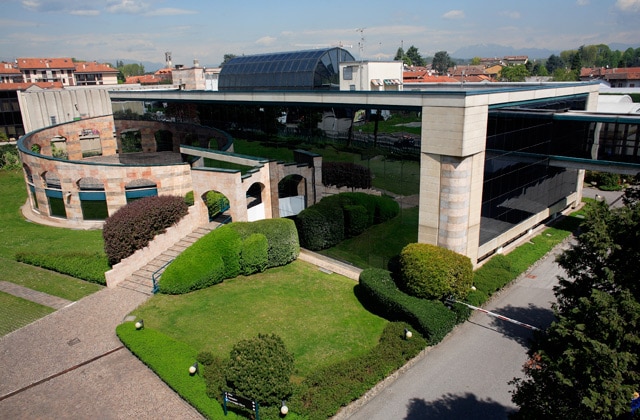 This textile maker celebrates its 90th anniversary this year. Back in 1921 Mario Parravicini put his entrepreneurial intuition to work and founded EMME-PI in Seregno. At first the firm made fabrics for mattresses, but then it went through a number of different phases, though without ever losing its industrial character in the world of textiles. These varied experiences have led to a unique accumulation of know-how that is the company’s true asset today. In the 1950s the firm produced materials to cover car seats, riding the wave of the automotive boom. At the start of the 1960s the company entered the world of protection from sunlight and furnishing fabrics, with heavy cotton materials used for awnings and beach umbrellas. This was a period of economic expansion and constant growth, leading to a true industrial dimension. One fundamental step came in 1964, when the Italian chemical giant Montecatini (later controlled by Montedison and now known as Montefibre) ceded the Tempotest® brand and the use of the batch-dyed acrylic fiber that seems to have been invented for outdoor living. Today Ambrogio Parravicini, Mario’s son, is still at the helm, supported by the third generation, that of Michele, Matteo and Marco, who have worked in the firm for over a decade. Though still a family business, today Parà is an industrial group with a complex managerial organization and over 500 employees, at five production plants located in territories of with a great textile tradition and culture, in the regions of Brianza, Bergamo and Biella.