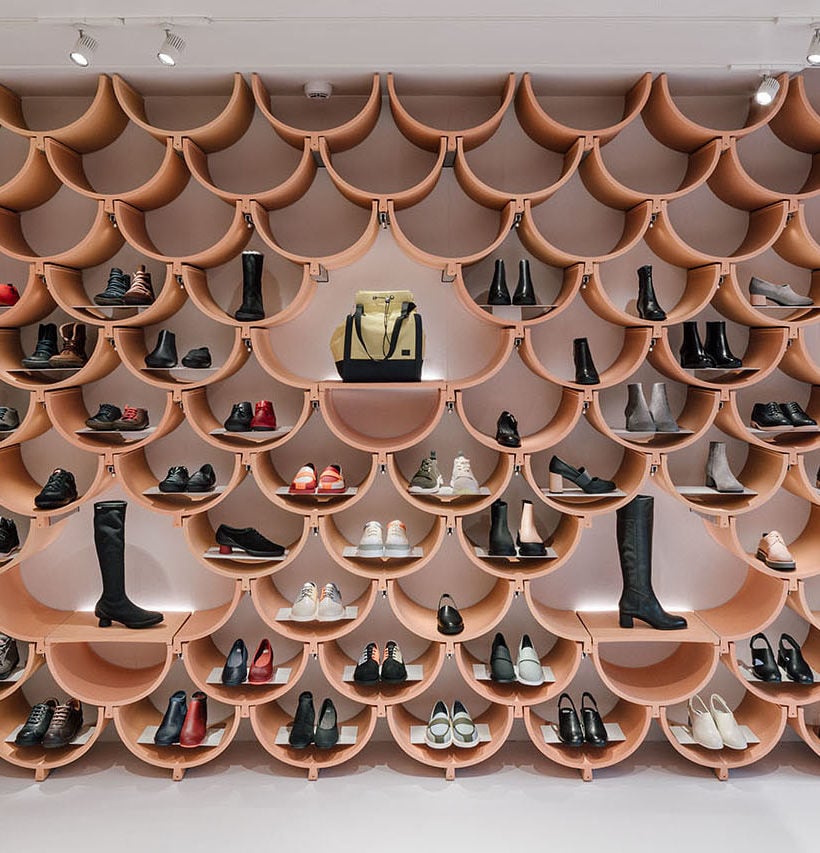 The Japanese architect Kengo Kuma is back with a new concept store for the project Together by Camper. Four years after his first collaboration with Camper on Via Montenapoleone in Milan, the architect has created a store on Paseig de Gràcia in Barcelona using traditional ceramic tiles to draw attention to the products on display and to create a connection between two distant cultures.

The idea is to display each item separately, in its own space, putting greater emphasis on the products, thanks to a system of niches made with ceramic parts. This architectural element is very popular in both Japan and Spain, though it is made in very different ways: in Japan the tiles are glazed and shiny, while in the Mediterranean regions they are left raw, clearly displaying the material.

The ceramic parts create the display niches, with a very simple form. Their repetition throughout the space generates a sense of complexity. They become walls, shelves, the sales counter, benches for customers; these natural ceramic parts are the sole features of the space.