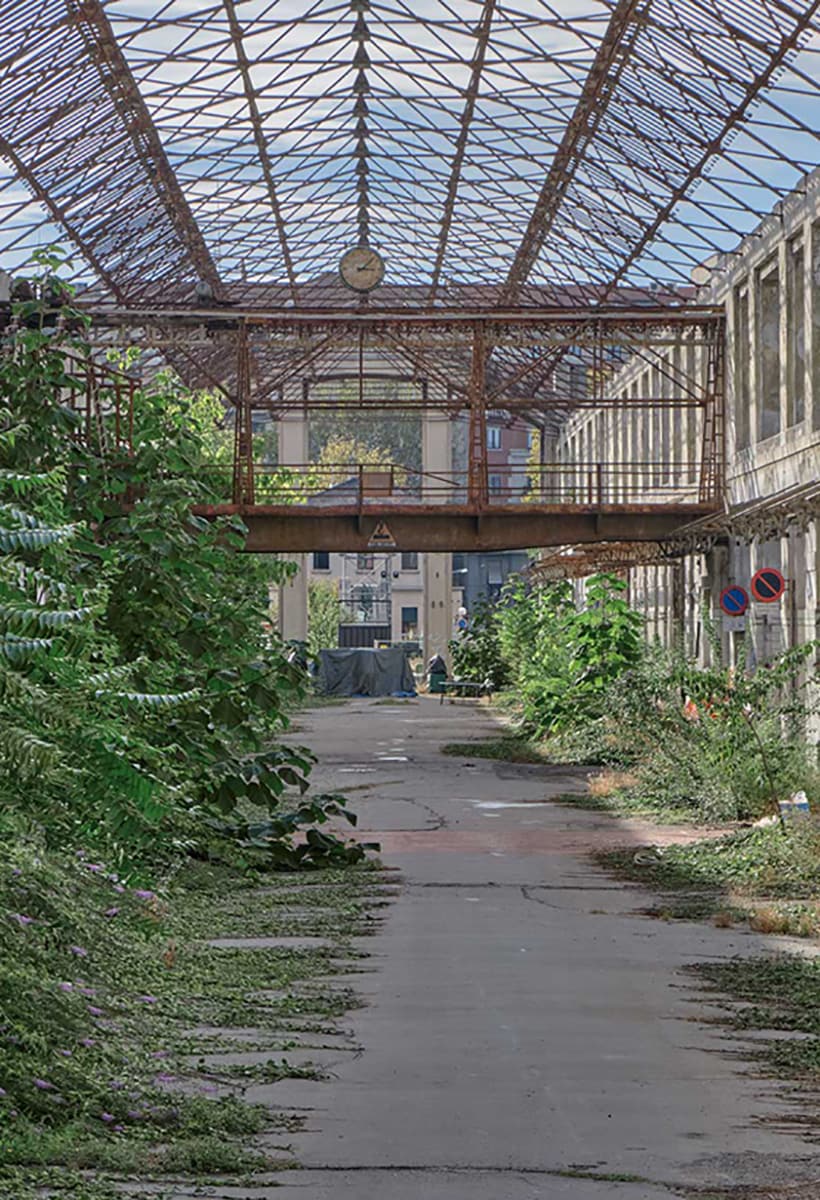 We gave you a preview of the location of Alcova 2023: the new address to note for the FuoriSalone 2023 is that of the former slaughterhouse of Porta Vittoria

A new address in a forgotten space (viale Molise 62) becomes the new location for Alcova 2023: for Design Week 2023 the itinerant curatorial platform conceived by Valentina Ciuffi (Founder of Studio Vedèt) and Joseph Grima (Founder of Space Caviar) will reactivate what remains of the former slaughterhouse of Porta Vittoria. That is a lot.

He intrigued, first, intrigued, then. Always surprised. Alcova is the revelation that has been confirmed for five editions now as the 'non-place' of the FuoriSalone that preserves amazement, novelty, reflection.

Independent projects, selected by the curatorial team, which enter into an active relationship with the context in which they are immersed.

What we all expect to see during the Design Week, first or last, because, and this is beyond doubt, Alcova needs a completely dedicated time-space dimension. 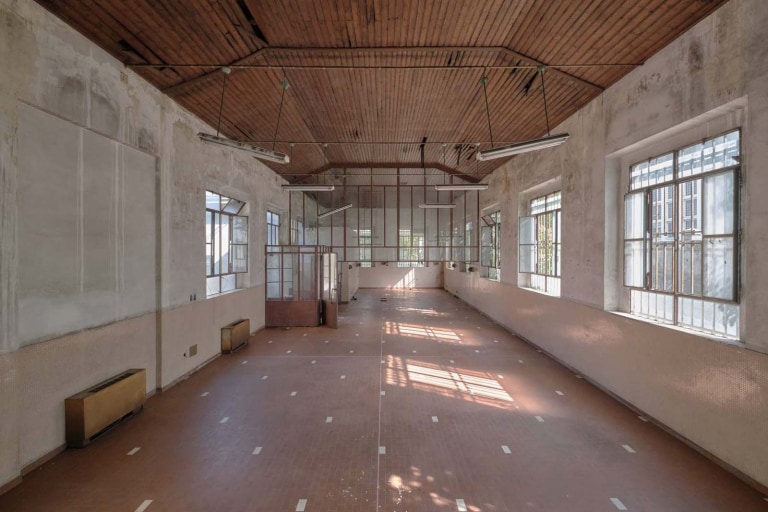 Alcova 2023: the address of Viale Molise 62 or the former slaughterhouse

The area in which Alcova 2023 has its temporary roots is a little closer to the historic centre, the district is in fact that of Calvairate, just a few minutes from the Crocetta and Porta Romana subways, among others.

Less decentralized than the former military hospital of Baggio which hosted the last two editions, it is nonetheless a place that silently, intensely tells about itself only by being observed.

How is the former slaughterhouse that will become Alcova 2023

Those of the former slaughterhouse of Porta Vittoria, in viale Molise 62, are walls that speak. Imbued with stories, they refer to two very distant and intertwined dimensions.

The first, which dates back to the time of the original function of the place (built in the early twentieth century), when the slaughterhouse was still in operation; and the second, that of the period of disuse and occupation, of which traces can be found everywhere. Writings, appeals, I believe engraved on the walls. All signs that, on the occasion of the FuoriSalone 2023, will be part of the naked, yet so dressed setting of Alcova 2023.

Walking among the internal pavilions – we mean, small rooms or large spaces, alternating and without a guiding pattern other than the common life conducted in the slaughterhouse – one finds oneself catapulted between the two souls who have lived in the area.

With this format, the creators of Alcova further reconfirm the intent of the project: to place art, design, innovative and independent projects in a context very distant from artistic expression. The hosted works will therefore have a very special set that will surround them: two different beauties, the content and the container, one capable of enhancing the other.

Contrasting and ready to 'explode' in a mix of sensations and evocations that go far beyond simply 'attending' an exhibition. 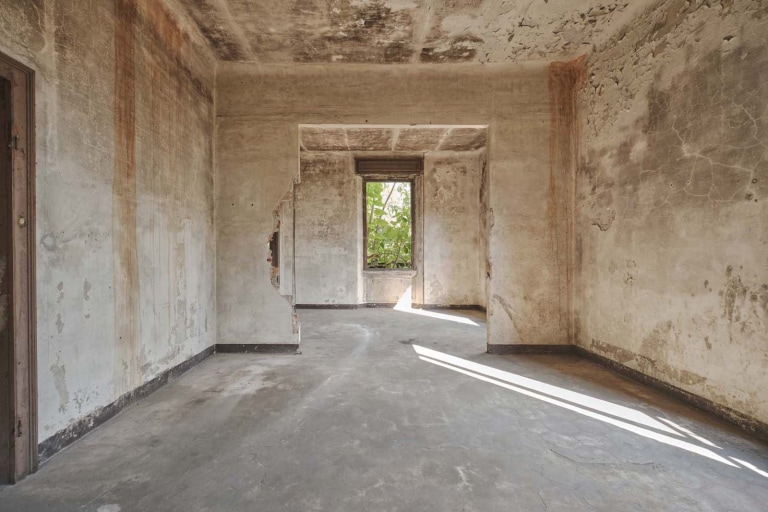 Visiting Alcova 2023, in preview: what it feels like to walk in the former slaughterhouse

Starting from the entrance, the spaces of the former slaughterhouse of Porta Vittoria activate a process of imagination that begins with sight.

The entrance to the entire complex that will be Alcova 2023 is simple. A butcher's shop that surprises precisely because of its ordinariness: a single marble counter, equally covered walls and a few steps which at the time separated customers from the shop staff are fascinating details which, however, give little indication of what is hidden behind the access wall.

From here, therefore, one enters the actual location, which immediately opens onto a large courtyard along which open and bare stone porticoes run.

The journey inside the space continues between shuttered windows, passages without doors and iron frames that open the view to completely unexpected (even) bucolic glimpses. We do not reveal too many details to safeguard the 'wow' effect: it is better to keep that for the FuoriSalone 2023. 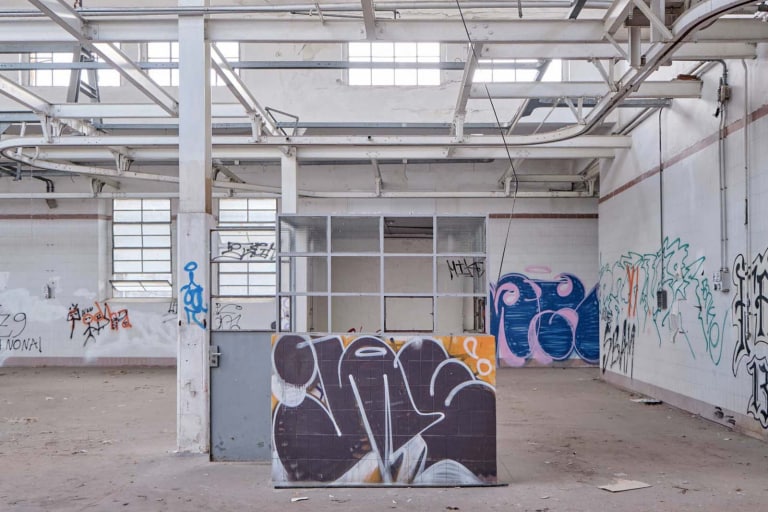 But, as soon as you enter Alcova 2023, there is one aspect that you cannot help but notice: nature, pervasive, luxuriant, extremely healthy. So wild and so in control of the place. A gem: about halfway along the long central portico, open to the sky and in wrought iron, a plant sprouts - write it down, it's on the right, if you go there it deserves to be photographed! – which at home we would call 'weed' to be uprooted, and which here has marvelously exceeded two meters in height. Standing next to it, one feels tiny.

Finally, without anticipating too much, we tell you about the most touching room, the one actually destined for the key work of the slaughterhouse. Here, between hooks that descend from the ceiling, and bare corners that leave little room for the imagination, we expect a pool of new stimuli ready to bring light to a place originally intended for the opposite. 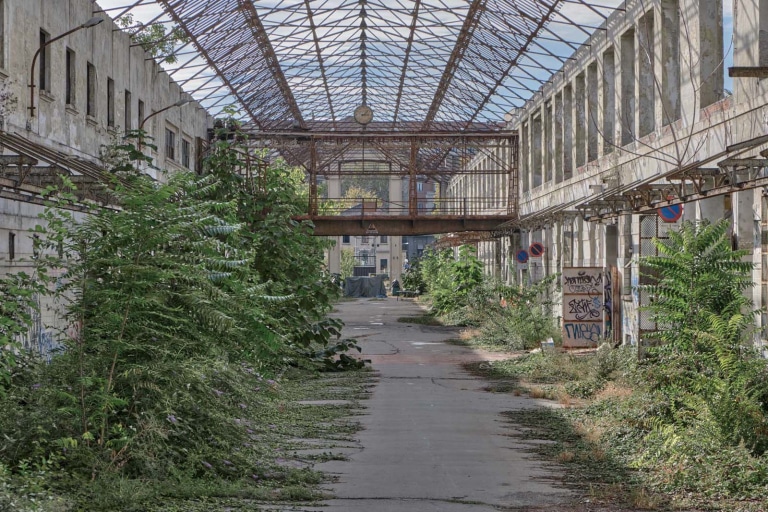 The former slaughterhouse of Porta Vittoria after Alcova

The activation of the former Porta Vittoria slaughterhouse is made possible thanks to the support of Redo SpA and the agreement for temporary uses of the Municipality of Milan. Redo SpA is the company that will then take care of the redevelopment of the area, bringing to light a project designed to redesign the creative and relational sphere of the neighborhood, as well as its socio-economic soul.