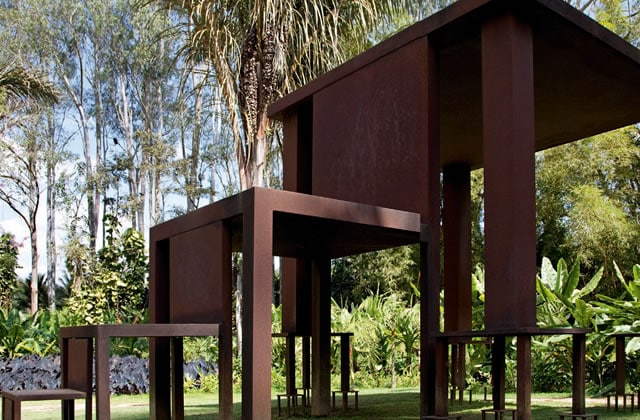 Starting from nothing, he has created an empire of 39 companies. Now the magnate of Brazilian industry links his name to Inhotim, a contemporary art center near Belo Horizonte, where installations by the most highly acclaimed contemporary artists coexist with the uncontaminated Atlantic Forest.