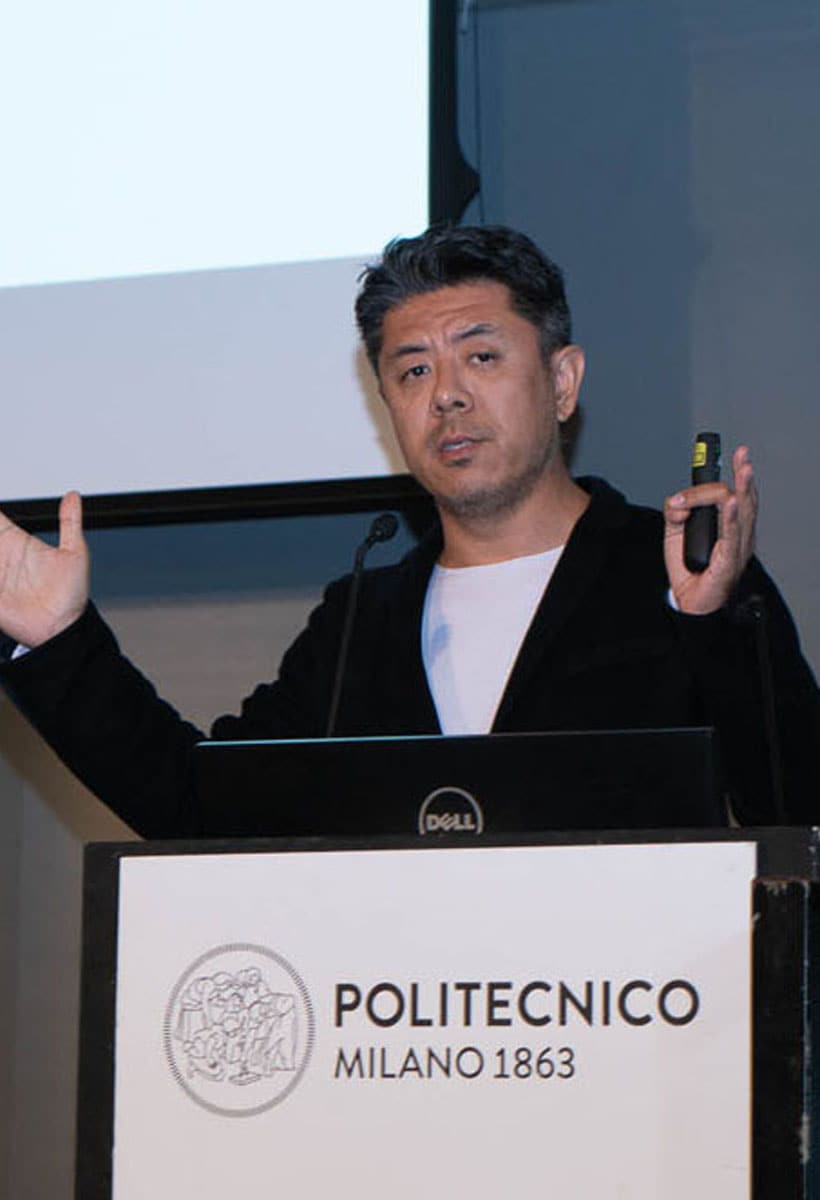 Ma Yansong, a leading figure on the international contemporary architecture scene, began the initiatives of Milano Arch Week (21-26 May) on 21 May at Politecnico di Milano with an interesting and very well-attended lecture.

The Chinese architect, founder of the firm MAD Architects in 2004, introduced by Matteo Ruta and interviewed by Matteo Vercelloni for Interni, the media partner of the initiative, addressed the main theme of the third edition of Milano Arch Week, ‘Anthropocene and Architecture,’ illustrating his projects from the past and those in progress, many of which have been published in Interni.

Projected on a large screen, the works of Ma Yansong were examined in their narrative power, on all various scales. From the small Hutong Bubble in 2010 in the historical fabric of Beijing to the City Art Museum of Ordos in 2011, the large Opera House of Harbin in 2015 to the Huangshang Mountain Village in 2017, the Absolute Towers of 2012 at Mississauga, Canada, and the future George Lucas Museum in Los Angeles inside a public park, just to name a few of the works, the studio’s philosophy mixes landscape and architecture, city and country, multimedia technology and art, erasing disciplinary boundaries and the conventional monotony of modernist facades and roofs. 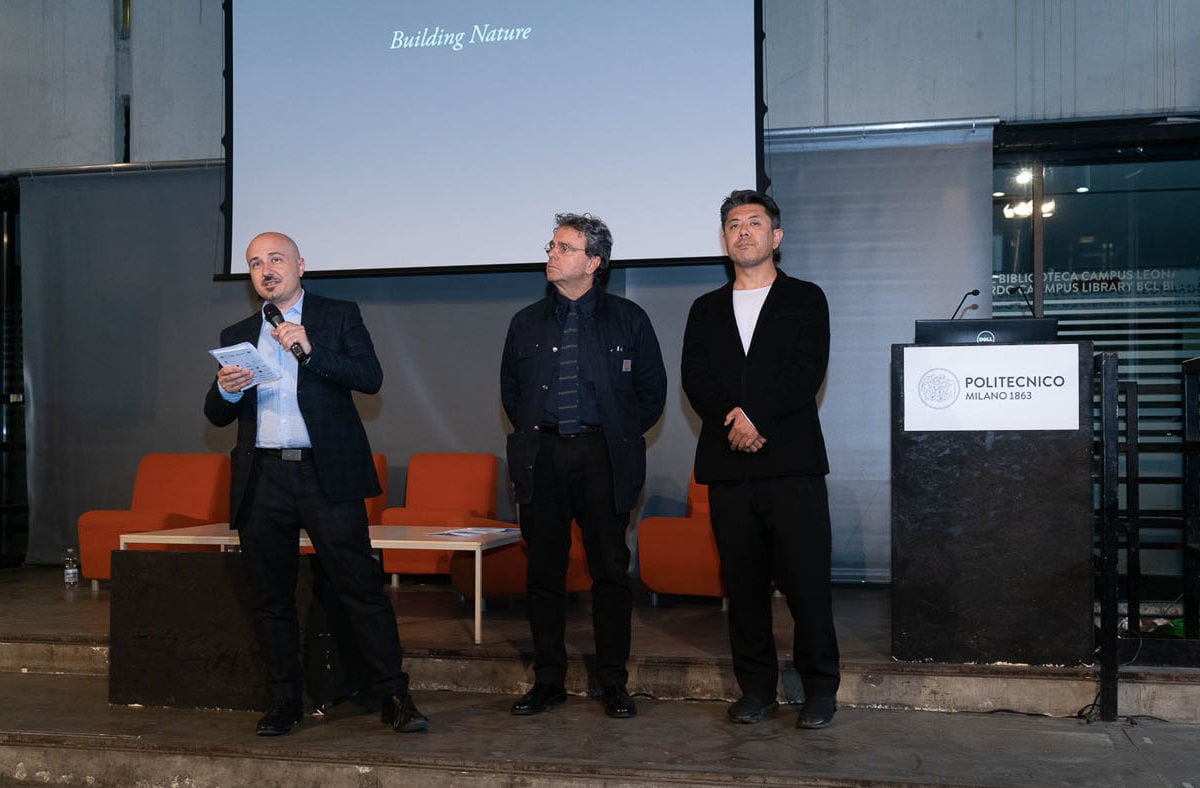 The studio MAD Architects develops compositions of fluid, suspended, organic forms that sometimes have a specific inspiration: traditional Chinese Shan Shui painting (water and mountains), taken as a paradigm of reference to interpret architecture as an extension or metaphor of the host context.

“For me, there is no separation between building and nature, because man absolutely needs this relation to nurture his spiritual dimension,” Ma Yansong said. The focus of the Q&A section conducted by Matteo Vercelloni thus became the aspects connected with this research: from the fusion with places and spaces that construct new skylines, landscapes, hills of concrete and greenery, to the transformation into Land Architecture and the representation of the culture of 21st-century China, also in works on a smaller scale. 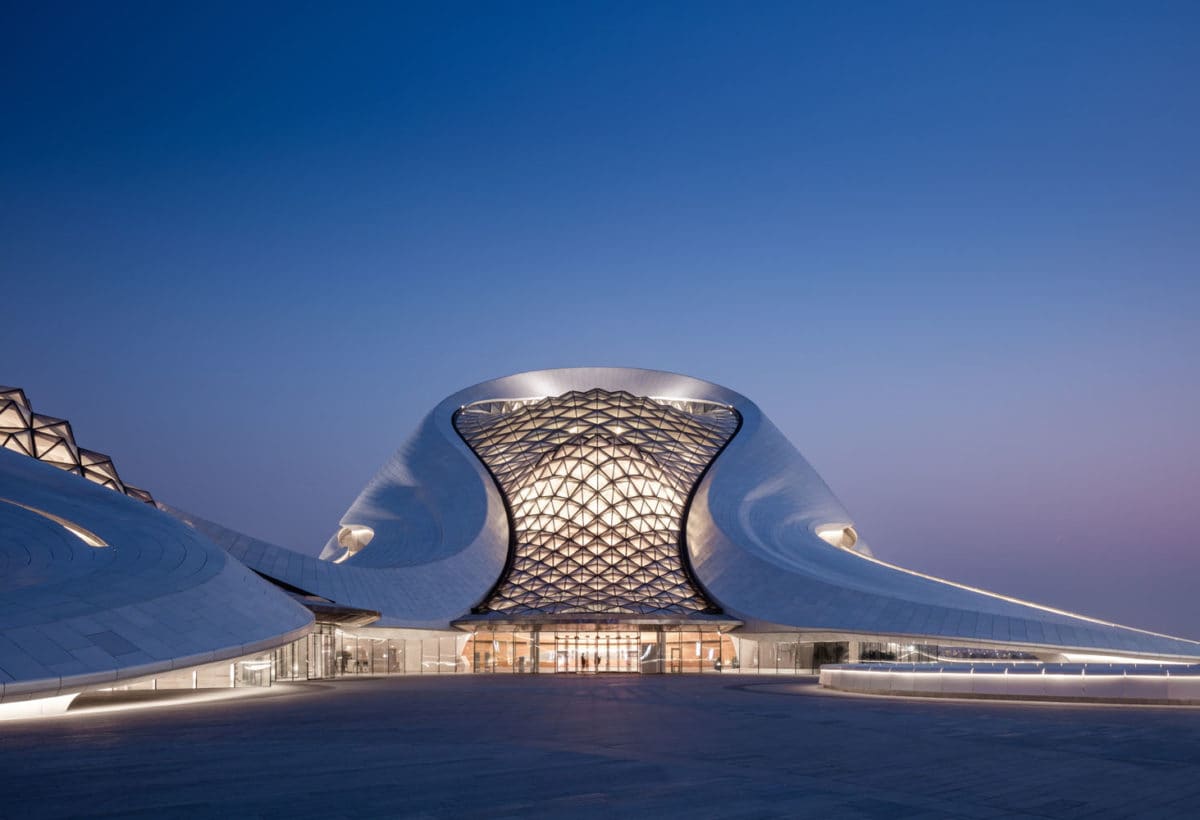 As in the objects of the installations for Interni at the State University of Milan (Invisible Border with Ferrarelle for Interni Open Borders, FuoriSalone 2016) and at the Seminary on Corso Venezia (Fifth Ring with Audi for Interni House in Motion, FuoriSalone 2018). Or the design projects (including seating for Sawaya & Moroni) over the last two years. Different viewpoints on oriental cultural roots, in relation to universal values.