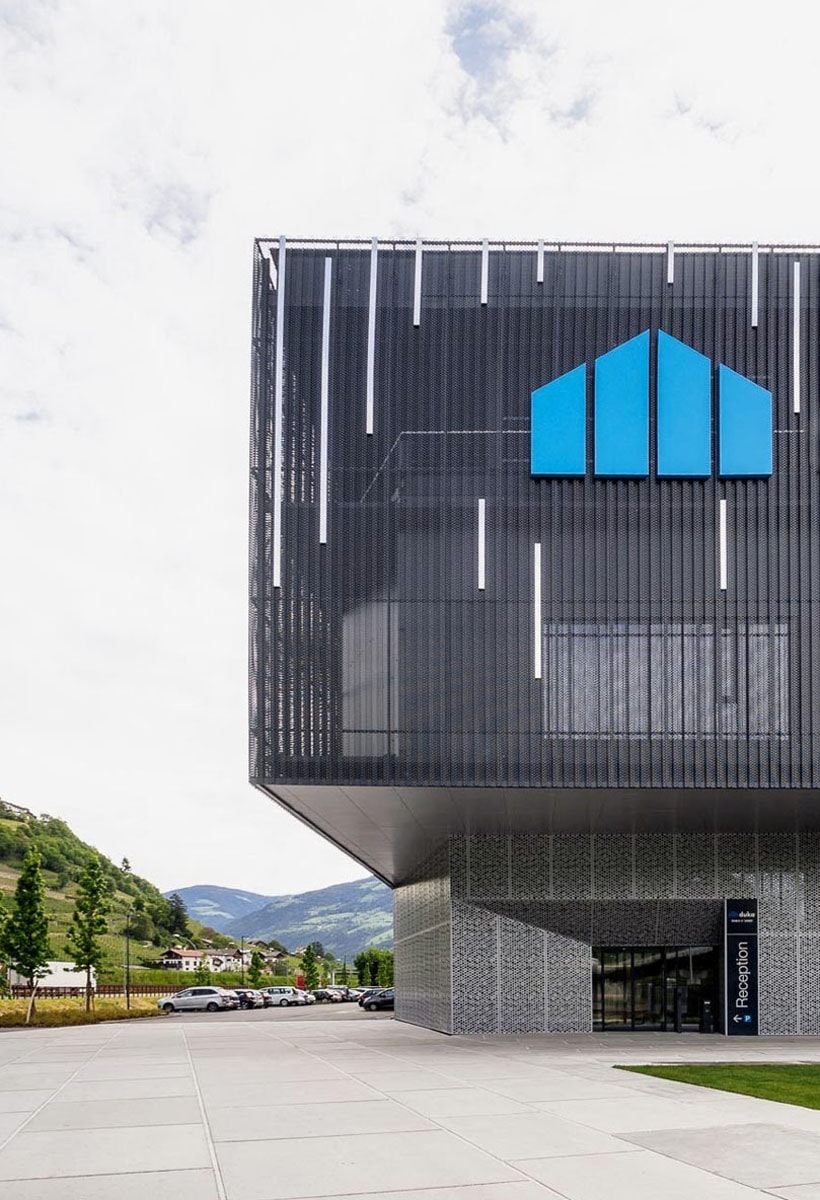 A new headquarters to celebrate 40 years of duka

A very special 40th for duka, parallel to the opening of a new corporate headquarters. It all began with the need to combine five departments under one roof, but the project has kept on growing. On what was one of the biggest worksites in northern Italy, a impressive work of architecture now stands, visible to all those who pass by Bressanone, in Alto Adige, by car or by train.

“The first stone was placed in January 2017,” says Hans Krapf, founder of duka. “We have a strong bond with the territory, so we excluded the idea of relocation a priori. We owe a lot to Italy and Alto Adige.”

The building designed by the studio Kerschbaumer Pichler & Partner is a giant with a height of about 20 meters by 200 in length, which adapts to the profile of the valley with a compact, clean and rigorous image, reflecting the corporate identity. The insertion in the landscape is mediated by a large frontal flight of steps, inviting visitors to take a symbolic journey inside the world of duka. 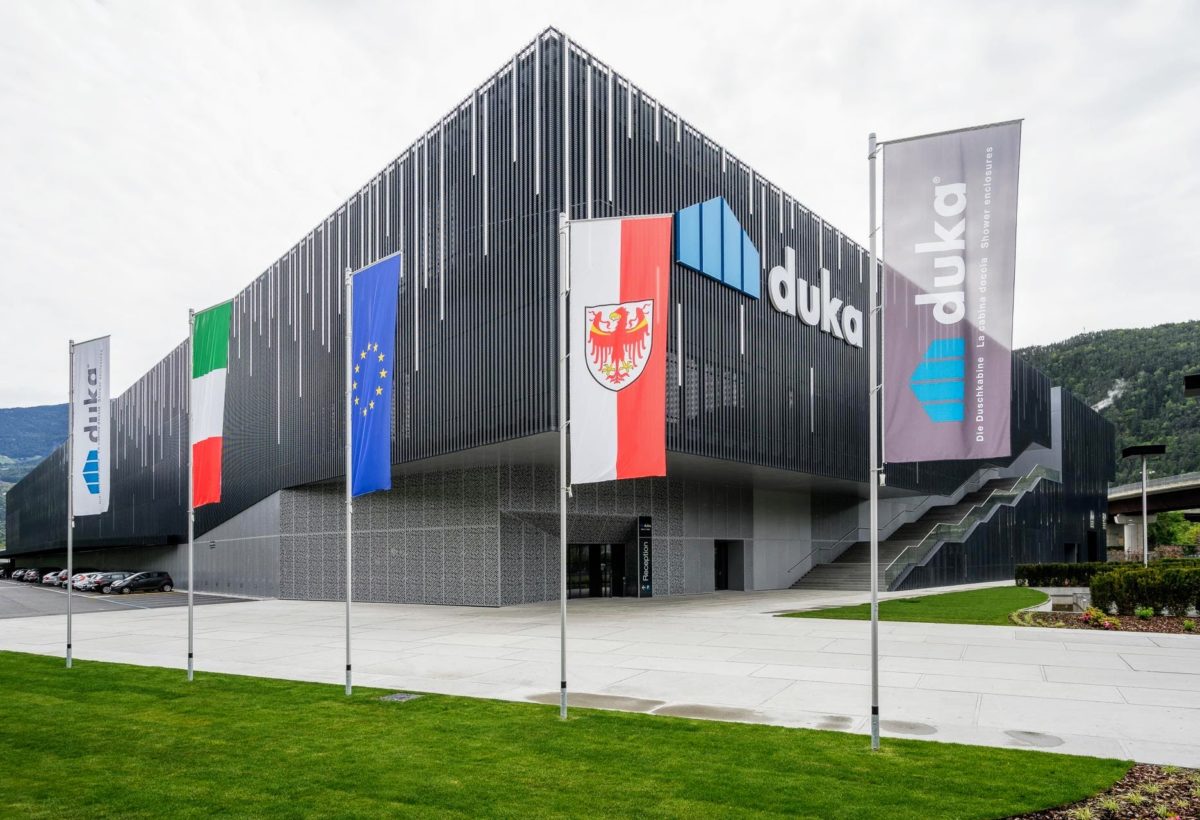 The facility for over 250 employees is a pioneering, innovative structure, with luminous, well-organized spaces that encourage dialogue to nurture productivity and human relations. From a technological standpoint, remarkable engineering has gone into the climate control and energy systems.

Everything gravitates around the philosophy 4.0 for the collaboration of software, machinery and human beings. Not just data processed, analyzed and archived in digital form, for easy reference and precisely workmanship, but also machines that facilitate human endeavor, conveying parts, lifting weights, assisting in continuous quality control and work organization.