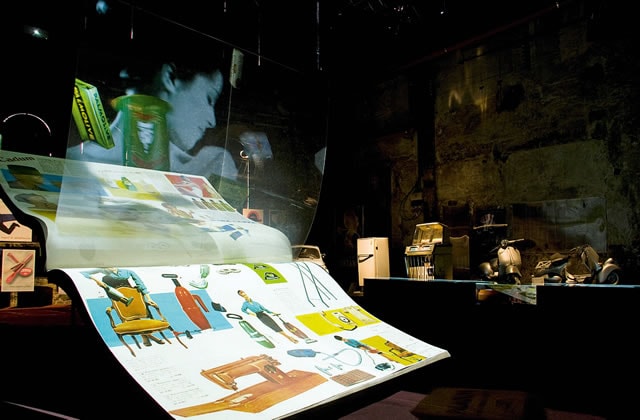 DesIGn In THe PosT-FoRDIsT eRA

DesIGn In THe PosT-FoRDIsT eRA

We have known for some time now that the presence of foreign designers successfully working with Italian companies is growing rapidly. In this issue of Interni some of them are mentioned. We might even say that all the best foreign designers are now here, in our productive territory. This is not an absolute novelty, and I consider this phenomenon ‘positive’: if young Italian designers have trouble competing, it may be for two reasons. The first lies in the fact that they are starting to investigate merchandise categories that no longer coincide with those of our traditional market (chairs and sofas), and this is undoubtedly a positive thing. The second might come from the fact that their sofas and chairs are less attractive than those of the foreign designers; no protectionism can make up for this sort of weakness. The young Italians need to wake up and to understand that the time has come to get out of the labyrinth of a saturated, competitive market, to risk incursions into new territories. So the lesson might be positive as well… After all, foreign designers owe their success to a similar strategy. Starting in the 1980s they have challenged Italian hegemony, at their own risk, and the industrial market has proved them right. Globalization brings continuous challenges and the entrepreneurs who ‘internationalize’ their catalogues are undoubtedly engaged in a legitimate and praiseworthy operation. The ‘internationalization’ of design in the era of globalized markets represents an important, delicate question; the return, after forty years, to an International Style is certainly not acceptable; but the ‘non-places’ (airports, stations, hypermarkets, subways…) are already ‘atonal cathedrals’, all over the world. Catatonic places that erase any diversity, any cultural emotion: effective, chilly, substantially interchangeable. The hypothesis of an ‘eclectic mixture’ that can produce a blend of local styles is ridiculous; a ‘syncretism’ that accepts incorporation of all possible cultural differences, buffering them in a general hybrid, is perhaps the worst of all. Design in the era of globalization might seem like exactly the opposite of all this: with respect to the design of the 20th century, it could be less aniconic, more figurative and contaminated, less self-referential, paying attention to the winds that come from the Orient (China, India, Japan), and above all capable of coming to terms with the major anthropological themes: death, history, the sacred, destiny, love. Themes that correspond to that human platform found in every corner of the Empire. Design has always remained aloof from these themes, busy with the short term of marketing, with elegant domestic scenarios, with the use of advanced technologies. But if we look at the history of Italian design and that of occidental design, we see that it has crossed the entire 20th century, two world wars, massacres, dictatorships, the collapse of ideologies, the crisis of modernity, without seeming to be the least bit disturbed: always optimistic, always intelligent, indifferent to the world. Once upon a time, to indicate disengaged, elegant cinema, someone invented the brilliant term “white telephone films”… I think this sort of ‘intermission in history’ in which western design has inserted itself since birth is starting to fall apart. At the latest Salone del Mobile, for the first time, we saw some scattered signs of restlessness: I can mention the exhibition Cruciale by Giulio Iacchetti at the Museo Diocesano, on the theme of the cross; my exhibition at Palazzo Durini, Immersion, on the theme of the cross and pens for animals, and my show Nature Morte at the gallery of Clio Calvi and Rudy Volpi on the theme of death; the large group show at Triennale Bovisa, Independent Design Secession, with Michele De Lucchi, Michelangelo Pistoletto, Lapo Lani and other designers. This is not a rediscovery of mystical or religious vocations; the projects involved are absolutely secular, but they are starting to look beyond, toward the boundless universes our ‘white modernity’ (like those telephones) has always overlooked. Those realms belong to the world around us, pressing urgently to burst into the sacred circuits of design. Vegetables, shadows, canaries, antique wood, burnt planks: I remember the big trays full of fish, fruit, game, dogs and cats that at the end of the 17th century burst into canvases, bearing witness in the most vital way to the fact that the retreats of the Renaissance were over… In my view, the response of design to the challenge of globalization can be that of a greater realism, of compromise and contamination with everything modernity tended to exclude. Less purism, less minimalism, less elegance and a new ‘dramaturgy’, that gets ready to take on the troubled times that await us: the intermission is over, and there is no longer any guarantee of a happy ending.