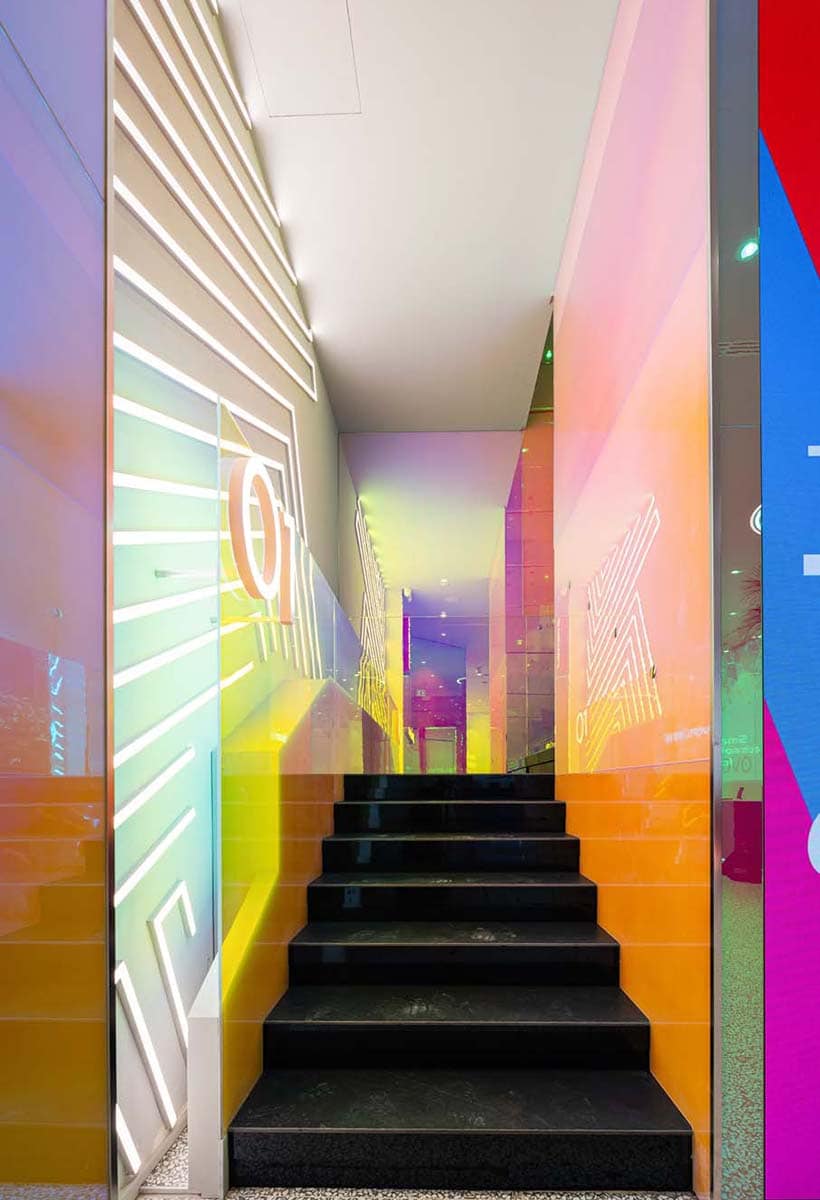 The nnovative solutions by 3M were used to create the glasses of Spazio Lenovo, Lenovo's first European concept store, in the center of Milan. The designer Alessandro Luciani, creator of the project, has chosen the dichroic films for glass by 3M to recreate the chromatic effect generated by the evolution of the sun throughout the day, with shades ranging from blue to magenta to yellow to orange and to the green, giving the impression of being outdoors in a colorful world.

The concept of the project, conceived by Luciani in partnership with the company, is to create a poly-functional space that is not only commercial but that becomes an experiential, cultural and social ecosystem dedicated to technological and digital innovation, with coworking and business spaces, where technology and nature can coexist in a synergistic and stimulating relationship. 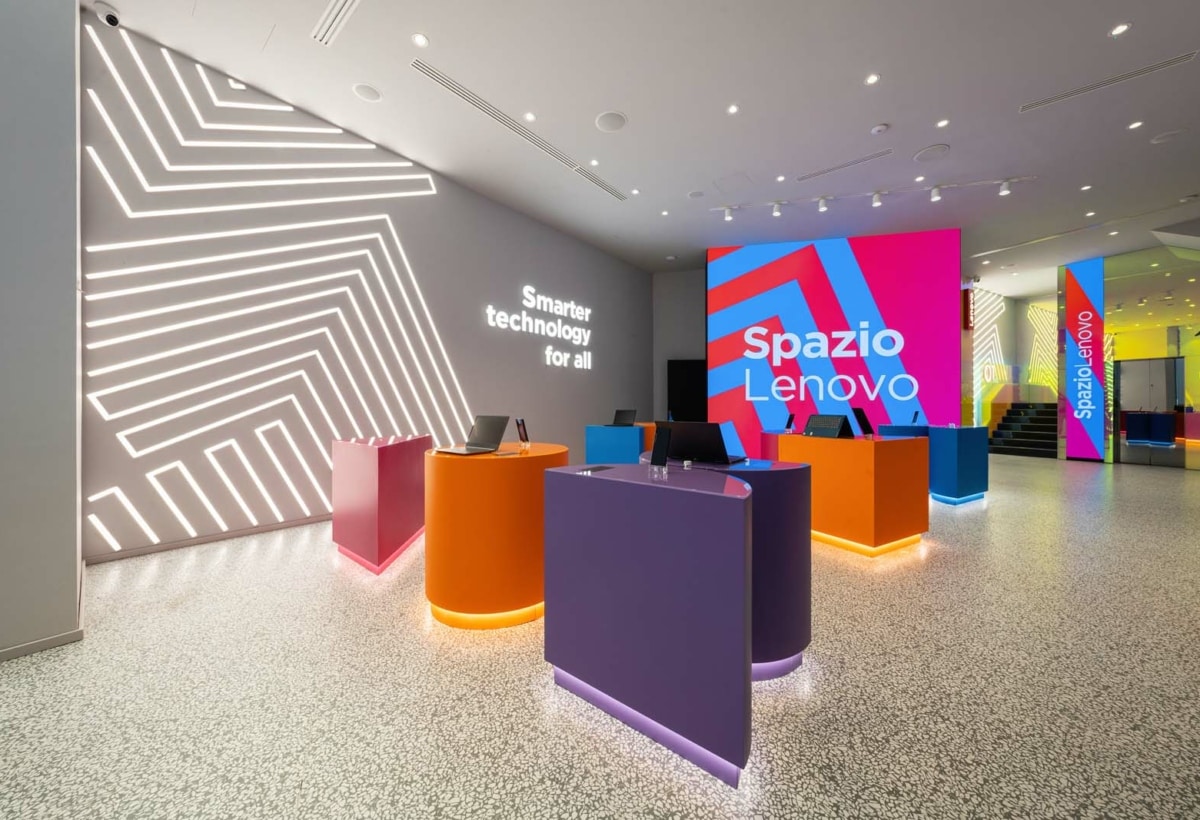 Thanks to the chromatic effects created by the 3M film, which changes color according to the angle of observation, people who enter the store will be immersed in a sensory experience that can promote well-being, relaxation and also stimulate productivity.

“Several studies have shown how the spaces in which we live strongly influence our attitude. This is why I believe that design plays an important role in creating environments capable of offering the best sensations and experience ”commented Alessandro Luciani. "The need for connection with nature is growing and widespread and if I look to the future I see modern and innovative environments where technology can be integrated into the natural habitat, respecting it. This is why I chose the best solutions on the market, such as 3M's, to transform my idea into a concrete project ". 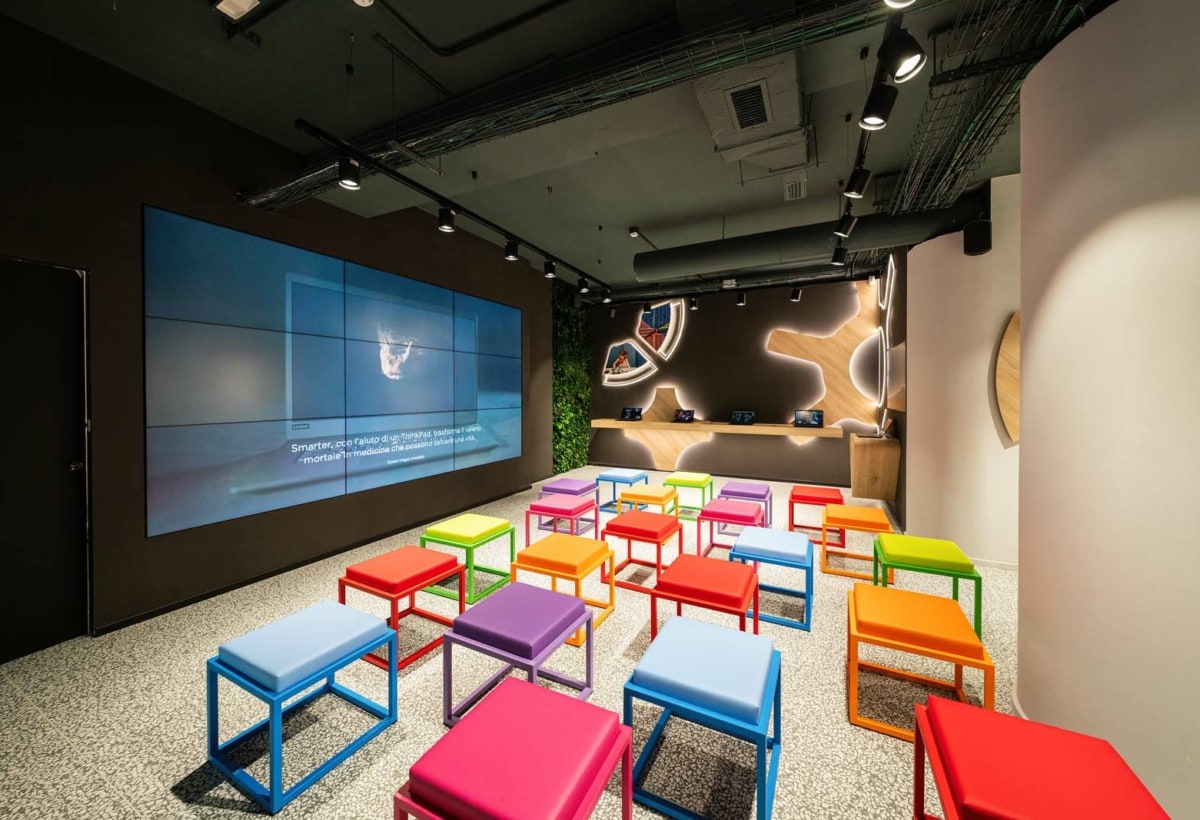 Due to its innovative and futuristic character, the project has already been included among the Best Italian Interior Design Selection by Platform, and which will be presented in an exhibition in Venice during the XVII Architecture Biennale 2021.