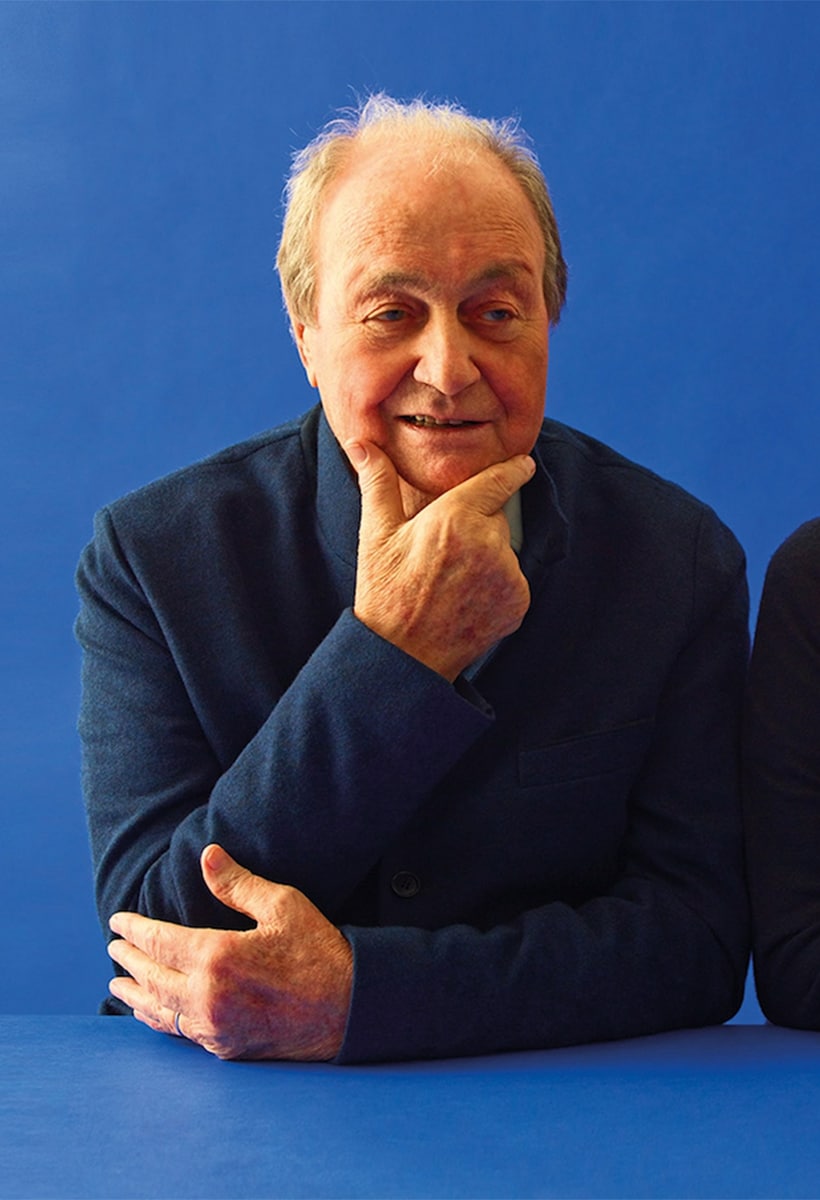 Who was Ernesto Gismondi?

#design
Who was Ernesto Gismondi?

From missiles to lamps, the endless inventions of the engineer-designer, founder of Artemide, who turned light into an experience

The Pirellone under construction, the 26 floors of the Torre Velasca just erected and a XII Triennale in preparation (with Gae Aulenti, Ettore Sottsass, Luigi Caccia Dominioni, Enrico Peressutti, Ernesto Nathan Rogers)… In 1959, the world of Milanese design was like this: experimental, enterprising, busy. Far from the mainstream but potentially able to creep into everyday life. A quiet bet more than a way to play it safe in entrepreneurship.

It is into this world that Ernesto Gismondi, an aeronautical and missile engineer at the time 28, plunged when he founded Artemide Group together with his friend architect Samuele Mazza. It was sixty-one years ago, he had 437,000 lire in his pocket and a belief in his head: that the future of Made in Italy would be played on innovation, exports and the quality of the project. 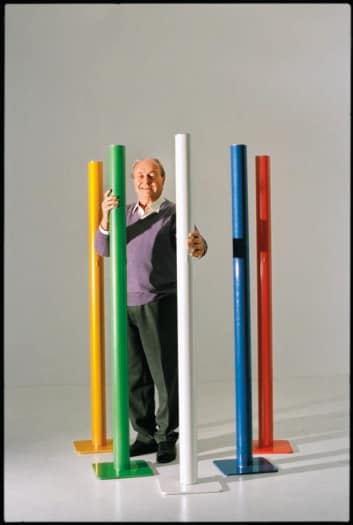 Ernesto Gismondi passed away yesterday at the age of 89 (read here). And until the end he had never stopped inventing.

“The desire to do something on my own came to me while I was still at university", recalled the President of Artemide in the last interview we had the pleasure of doing with him a few months ago, published in the May issue of Interni. “My first idea was to produce the parts of a missile,” he told us, recalling that in 1959, still very young, he already had work experience at Breda and abroad, including a collaboration with NASA.

The prohibitive costs of the missile are the reason why the world should now be grateful: “It cost too much, so when I met Sergio Mazza, architect, who suggested that I make lamps, I said: why not?” Gismondi recalled. “It was something that didn't require too much investment, at least to get started. A week later we were at the notary's and Artemide was born”. 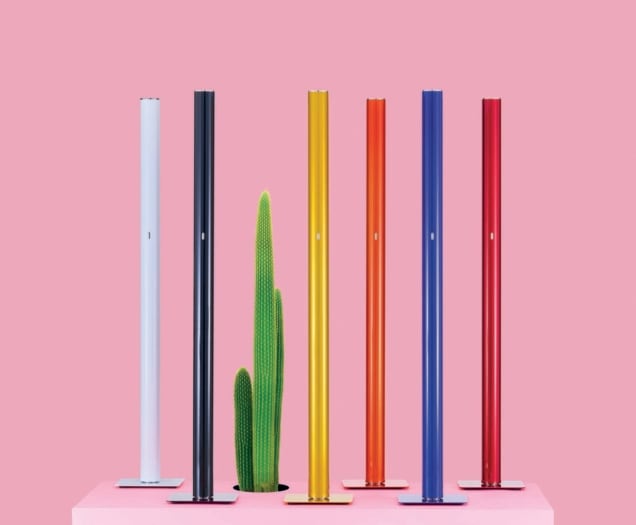 HyperFocal: 0 - Ilio lamp, one of the many projects designed by Gismondi for Artemide

Artemide: a Greek name, not only because the engineer had proudly attended high school but also because – pragmatically – he knew “that there was already a company called Azucena and we wanted to get in the telephone directory first”.

Artemide's start was artisanal. The first catalog included only six lamps. But the transition to the industrial dimension – both in terms of design and production – is immediate. “It has always been my belief», Ernesto Gismondi explained, “that in order to remain competitive on the market you need an authentic and quality project and a fair price. And this is only possible by working on the production process within the company. A good designer must know the value of doing. The fact of thinking about making a specific product and how to produce it is always strategic”.

Artemide has always pursued both strategies. 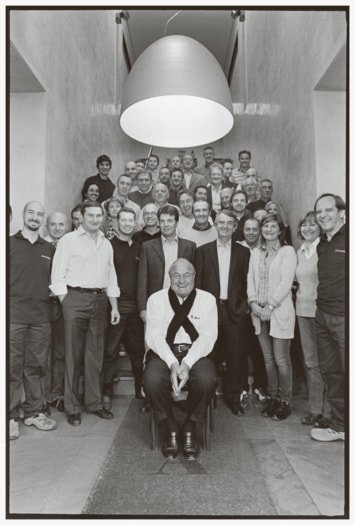 From the point of view of design, after the first experiments Gismondi and Mazza recruit the most important names in the Italian scenario: Gio Ponti, BBPR, Livio Castiglioni, Gianfranco Frattini... And the awards immediately arrive, including the first Compasso d'oro in 1967 for the Eclipse by Vico Magistretti. The exploration of the world of plastic furniture is also in the late 60s (and, as is now obvious for Artemide, innovation, just think that the Selene by Magistretti, from 1969, was the first chair printed in one piece unique produced in Italy). Even from the point of view of industrial production, Gismondi wastes no time and in 1972, in Pregnana Milanese, he created an avant-garde factory. “Because we actually make lamps,” he used to say, reiterating the Research and Development differential that has always represented the strength of his company together with design (investment in R&D is 5% per year).

“Ours is applied research”, Ernesto Gismondi loved to repeat. “The patents range from mechanics to optoelectronics. At Artemide we have experienced firsthand all the great changes in technology: we have passed from the electrical realm to the field of electronics, lamps have become intelligent and now they do many things, in addition to giving light. Photonics brings signals, data, creates security and a company that deals with light must understand how to make the most of these new opportunities”.

Suffice it to say that since the 90s Artemide, with the Metamorphosi's project, has been working first with colored light and then with the color temperatures of white, studying its psychological and physiological impact. “Thanks to LEDs, we are now able to reproduce all the colors of the visible spectrum and restore the vision of all the wavelengths generated by natural sunlight. This means that anyone is free to change their scenarios and create the optimal situation for their well-being”. 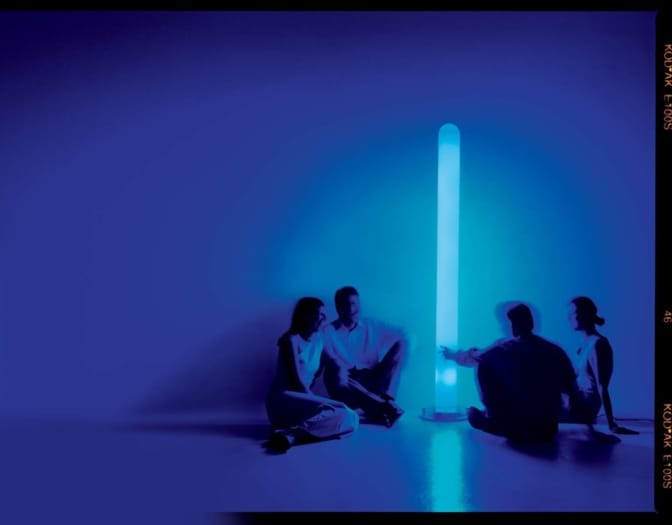 It is an approach that has always placed technology and design at the service of mankind and which is also found in the latest creation by Ernesto Gismondi, Discovery (Compasso d'Oro 2018), a lamp that is the perimeter of a primary geometric shape in metal (circle, square, rectangle) but which, when switched on, emits light inside (thanks to the presence of optical fibers). “Discovery is the perfect synthesis of Artemide's values, knowledge, innovative research and know-how,” said the engineer. “Because it is a project in line with the needs of architects (it frames perspectives, shapes spaces through the play of voids and solids, creates scenographies with different color options). But the light it emanates is punctual, healthy and functional: the precision of the controls allows a balancing of the flows with respect to the emitting surface which guarantees perfect visual comfort, in line with the UGR standards for workplaces in any installation position " . Quality of light and a new relationship with the object that diffuses it, therefore. “This is the direction we have taken and still keep in Artemide, in line with our Human Light claim. Without ever stopping. Because whoever stops – whoever stops being curious and passionate about research and innovation to the point of being willing to invest constantly – is lost. It was true in 1959 and it is even more so today”.

Have a nice trip, engineer. 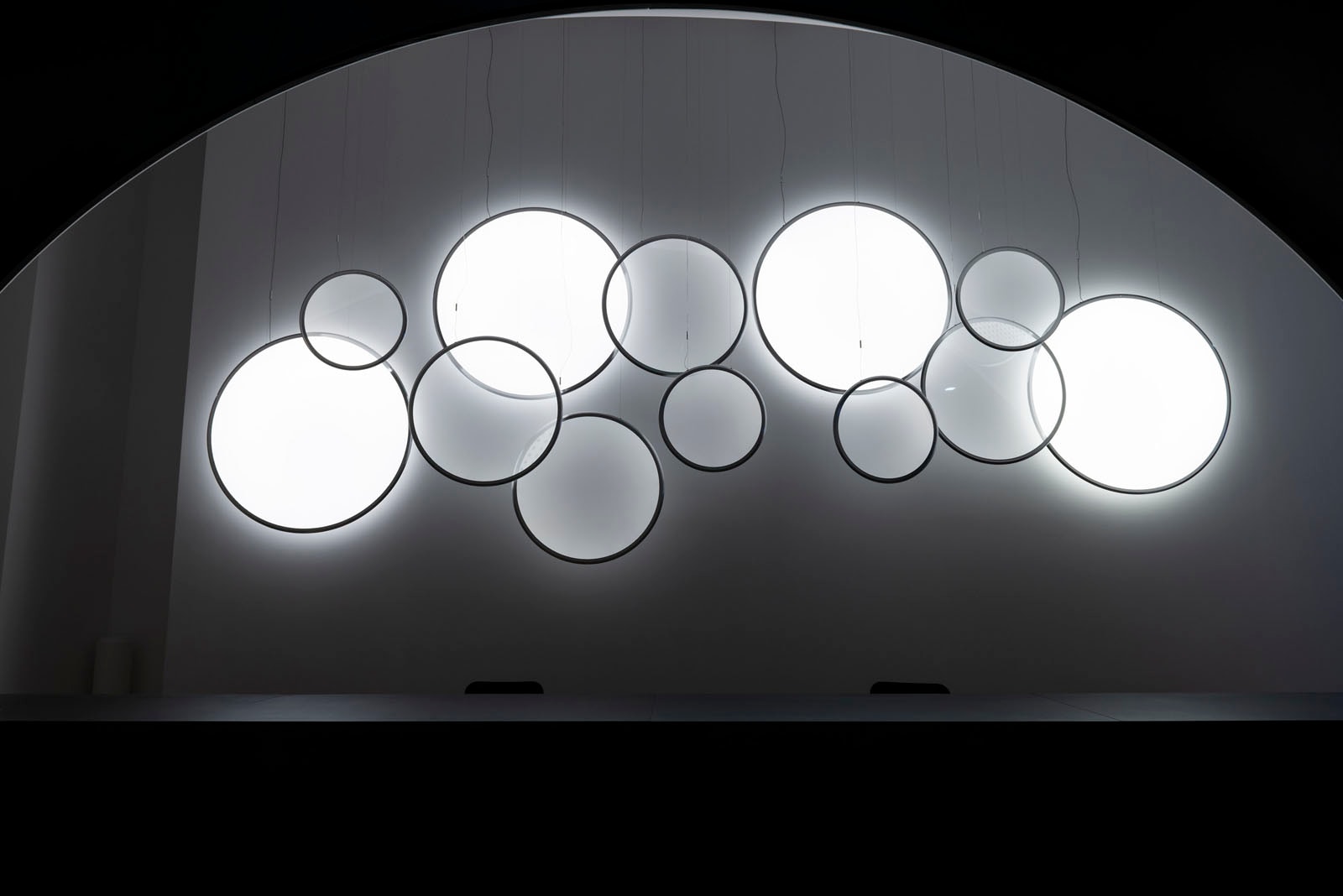 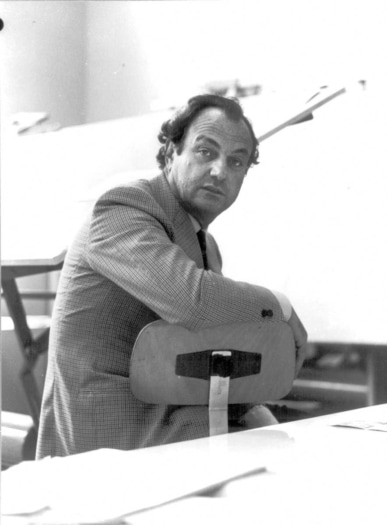