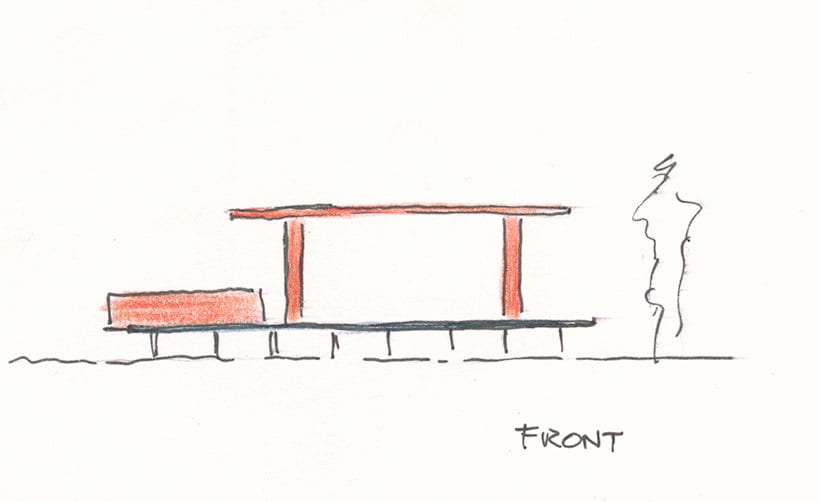 Vertical and horizontal modular concrete parts illustrate the unexpected aesthetic qualities of material, which seems soft and velvety to the touch, as opposed to the usual perception of concrete as heavy and rough. Marco Merendi and Diego Vencato interpret the material produced by Gypsum with new languages.

Pigmenti Open-air is composed of a vertical element with architrave and a horizontal parallelepiped resting on a raised platform. A beam of grazing light aimed downward starts at the architrave of the vertical element, lightening the volumes and creating effects of light and shadow. Color is an integral part of the work: it is combined in an organic, non-invasive way with the concrete, enhancing the dialogue between material and light.

The high-performance concrete makes it possible to obtain detailed geometric forms of great precision, unexpected effects and workmanship, such as the idea of visual and tactile softness. Pigmenti Open-air gives concrete a precious dimension and sheds new light on an “evolved” material, a mixture with high technical and structural performance, suitable for indoor and outdoor applications, to make objects that are intensely physical but also light in weight.