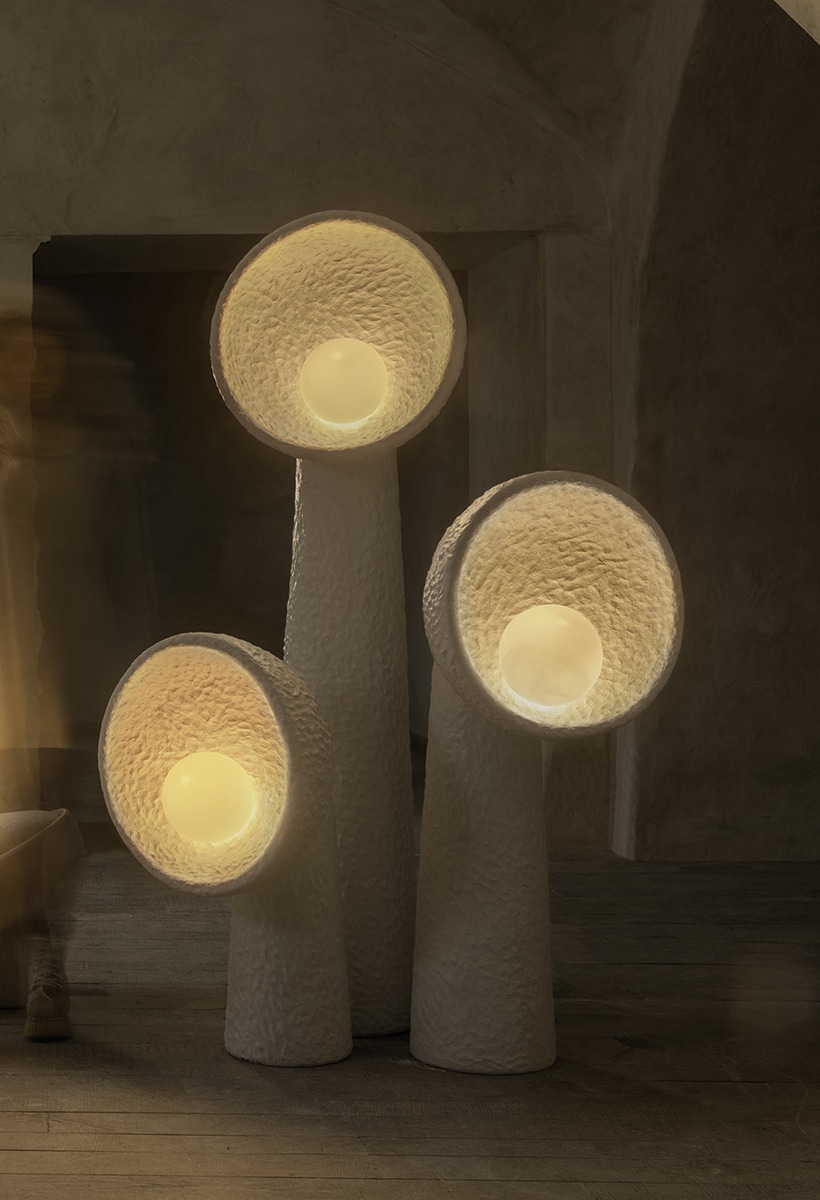 Like sunflowers, the lamps of the new Faina collection turn towards the sun. And, through an ancestral photographic story, they tell a story of light, as ascetic and spiritual as it is contemporary

Ancestral and natural – in the ‘living’ materials, in the construction techniques linked to the Ukrainian tradition and in the primordial impact -, the new lighting and furniture collection of the Ukrainian brand Faina, like a sunflower, turns towards the sun. And it tells a story of light, archaic and at the same time contemporary. But it only does this twice a year, during the winter and summer solstices.

The primordial light, the sun, the fire and the energy. Flowers and materials linked to the earth, simplicity and genuineness. Local craftsmanship from which to draw to shape circular shapes, like the sun, with a contemporary design but with a neo-primitive look. All permeated by ancient spiritual symbols and rituals. 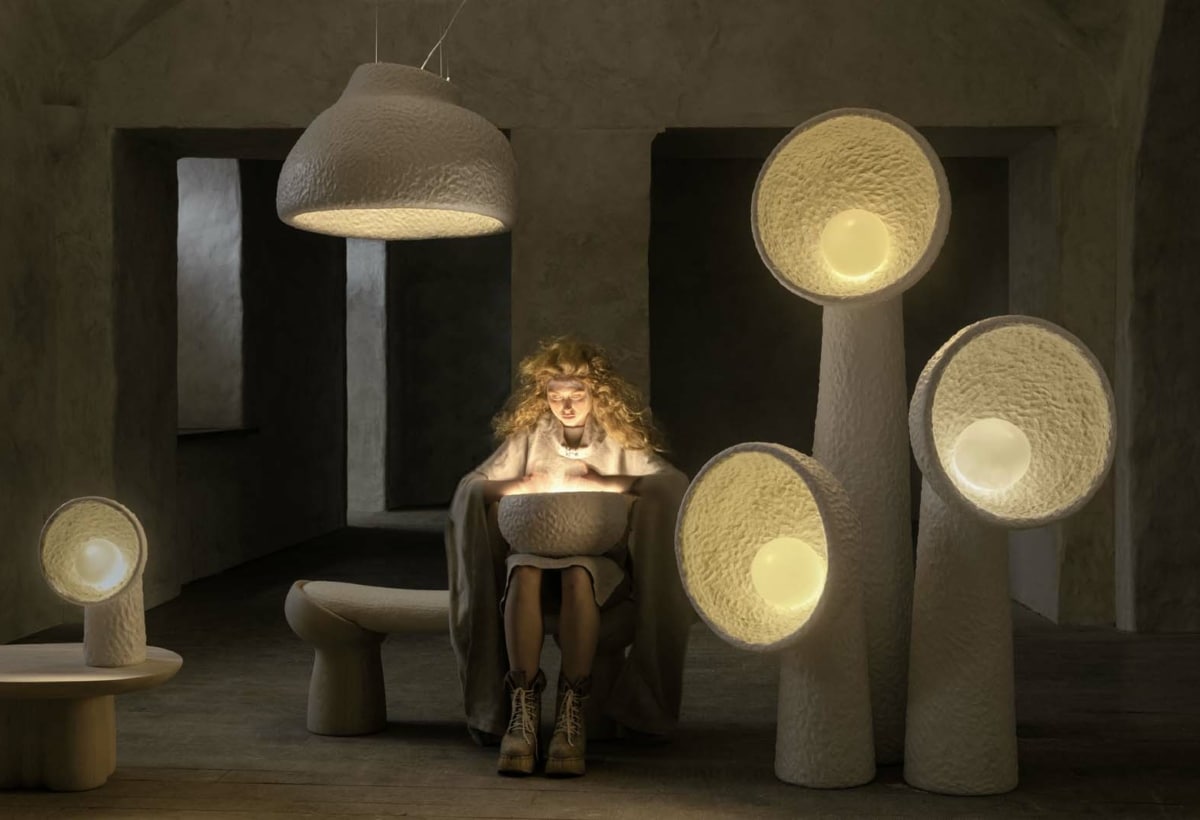 To tell this story, which speaks of roots and popular wisdom but also of communication 2.0, Faina chooses images with a strong impact, shot by Vova Klever with the stylist by Nastja Savchenko. At the center of the narration, an evanescent presence, both real and evoked, both primitive and modern, which makes the shooting the theater of a real interpretation.

For design brands, an unprecedented – and fascinating – way of talking about themselves. But also to present the news. The elements of the new collection of lights and furnishings, in fact, will be renewed and presented only twice a year, during the winter solstice and the summer solstice, the days of ‘rebirth’, in which, according to ancient beliefs, energy, solar and terrestrial, is powerful. 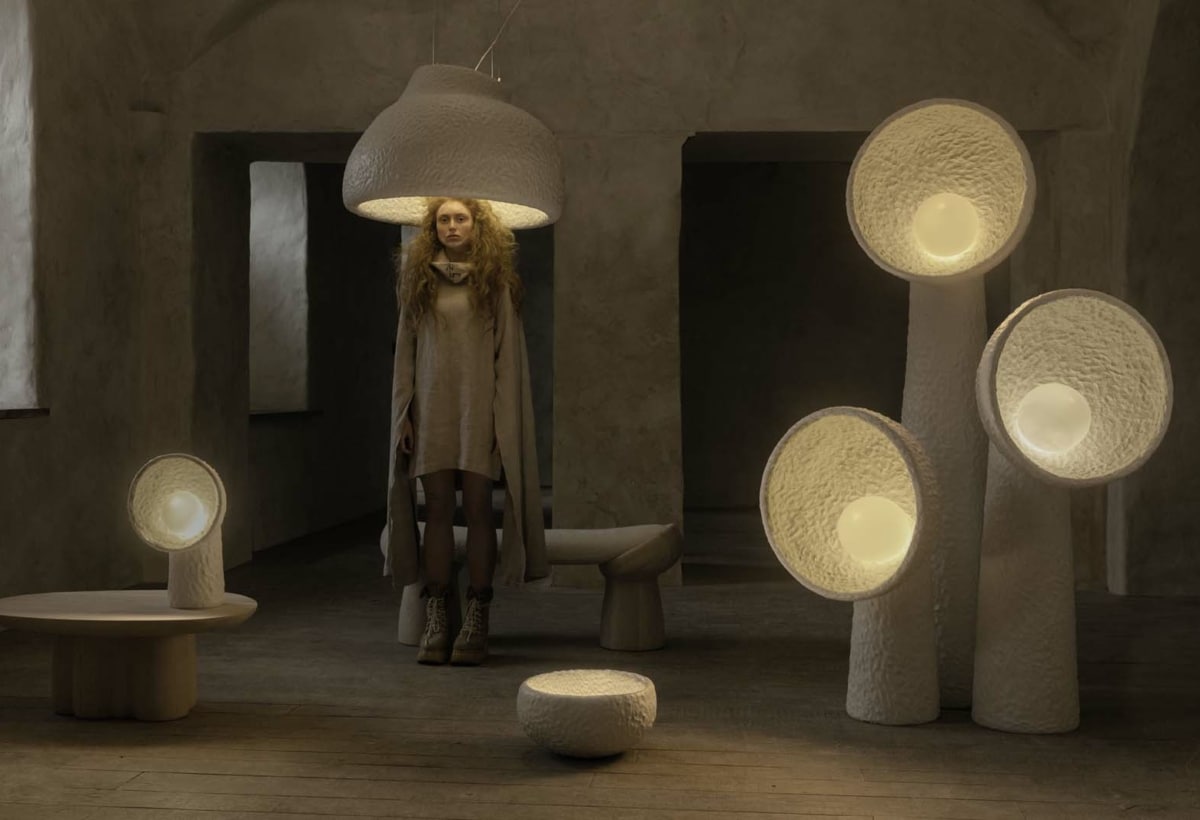 “The Live design (philosophy of the brand), like all living things, depends on the sun. Faina thus begins her new cycle following the sun. And she does it during the winter solstice, December 21st, the day of regrowth, rebirth and renewal” explains Victoria Yakusha, designer who signs the collection and founder of Faina. People celebrate the sun with rituals handed down for centuries that speak of nature, spirituality and life cycles. It is one of the oldest and most powerful symbols that unites all cultures.

Living fire is a traditional element of the winter solstice. Faina, for the first presentation, reinterprets it in a modern version, faithful to the ritual of its lighting, within a sort of fairy tale with primitive references. 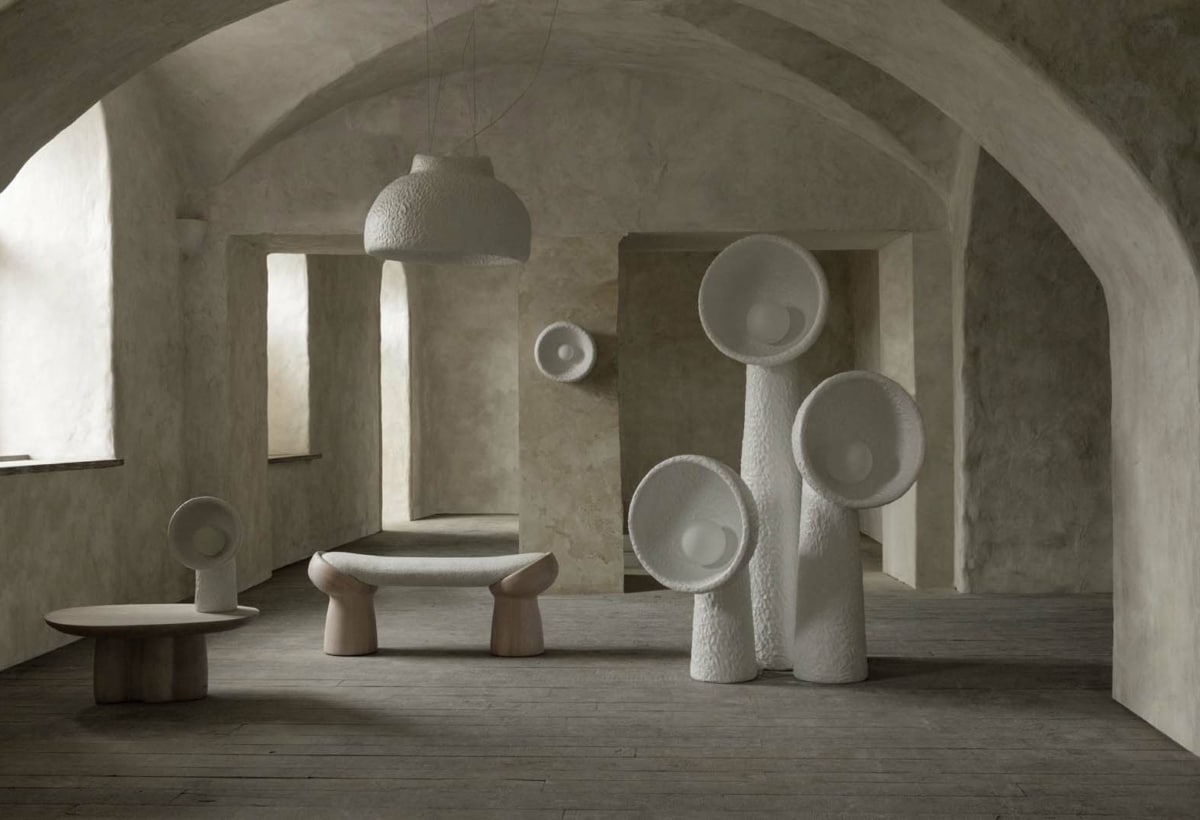 Homage to the sunflower, the national flower of Ukraine, the new Soniah collection consists of floor lamps available in different heights with round ‘heads’ looking upwards in search of the sun, a pendant element and a set of appliques . The range is part of the Following the Sun line which also includes a bench and coffee table in light ash wood. The common thread of all the elements is the shape that mentions the sunflower and its typical turning towards the source of light and energy. 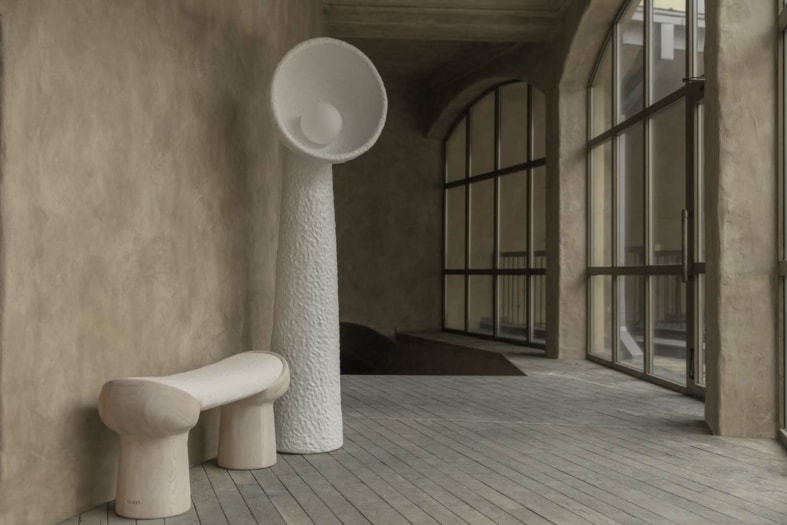 Each lamp is ‘alive’: it is in fact made with an organic and sustainable, tactile and malleable material called ztista. It is an original blend developed by Faina that combines clay with recycled paper, wood shavings and straw. The surface, then painted with a whitewash finish, has an irregular material texture that is handcrafted thanks to a historical traditional Ukrainian technique used to build the huts. 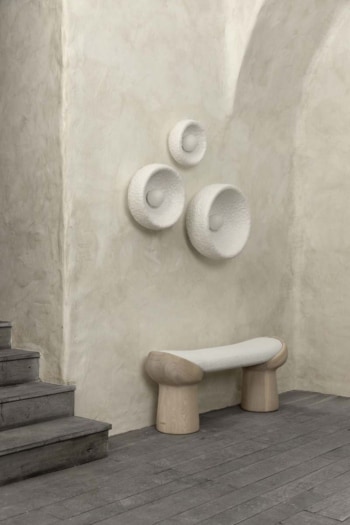 With this new design collection, and with this type of communication, “Faina collects the voices and wisdom of the centuries and tells their story to the world” concludes Victoriya Yakusha.