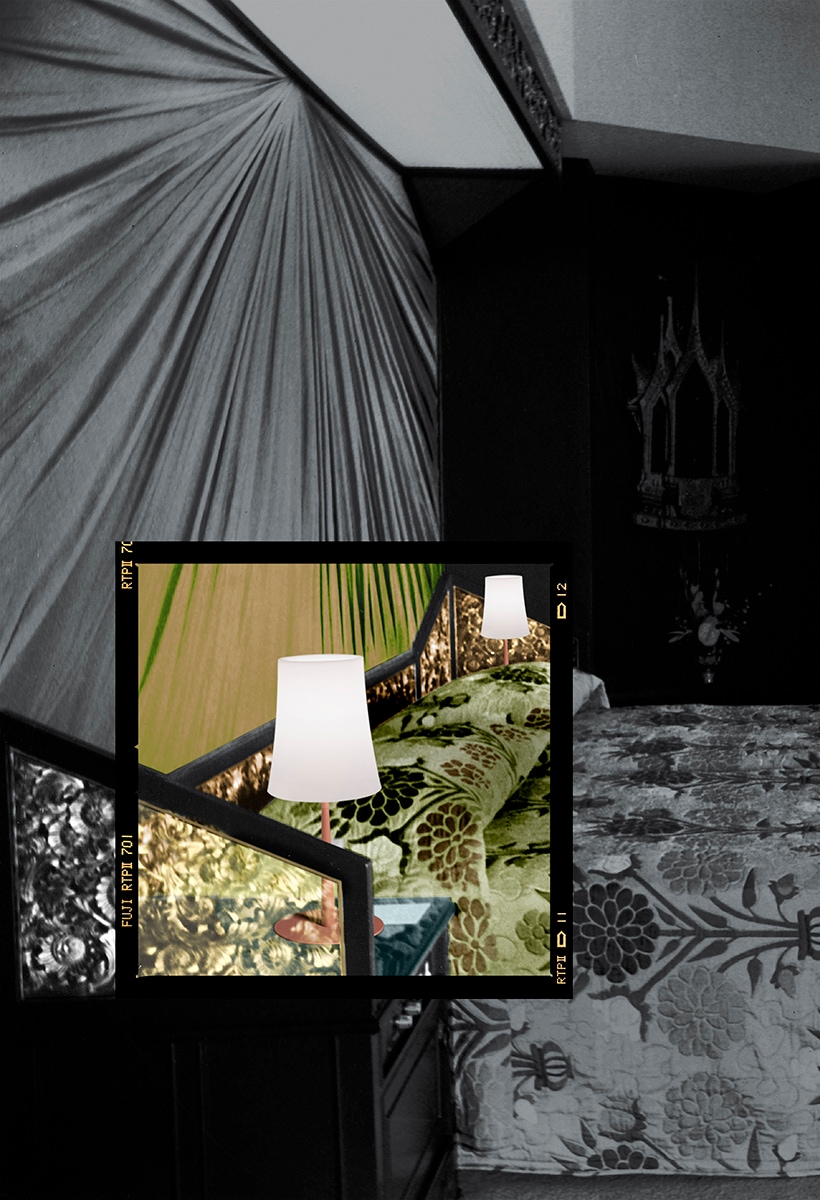 Light up the scene

#Illuminazione
Light up the scene

Between analogue and digital, black and white slides and vintage photos frame a lamp and its light. Fragments and overlaps – timeless – radiate the details in Massimo Gardone's new photographic (cinematographic?) Project for Foscarini

“It's always just an intuition”. The photographic project developed by Massimo Gardone for Foscarini comes from an intuition and takes shape from his poetic gaze, thanks to a small table lamp, with simple and essential lines, which fits into legendary locations and settings. 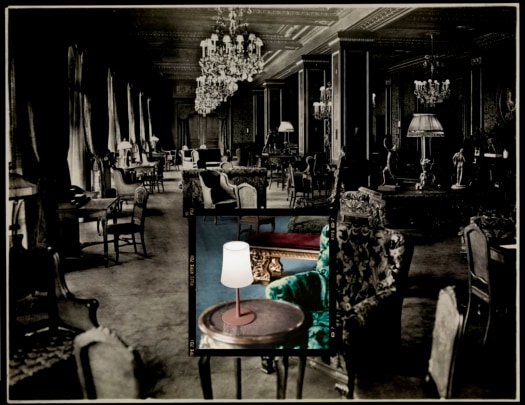 Fragments in black and white, torn from time and full of charm, find new life thanks to an overlay – virtual and virtuous –of images and slides that create a cutout of color thanks to a bright touch: that of the Birdie Easy, the lamp by Ludovica+Roberto Palomba, designed for contract and which, in the photographer's evocative interpretation, 'transports' mythical places from the past dedicated to international hospitality into the contemporary world. As in a journey through time, full of memory but with an eye towards the future. 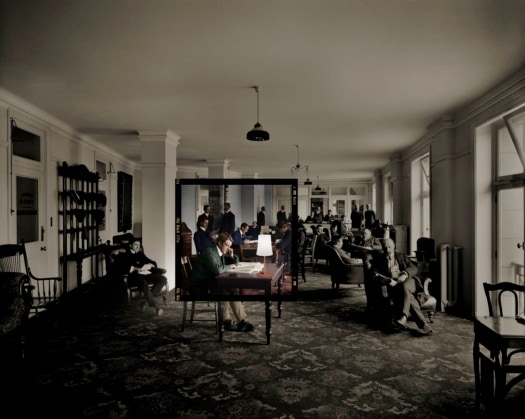 “When Foscarini asked me to interpret the locations for the new Birdie lamps” explain Gardone “the idea was born of inserting the lamps in period settings, perhaps inspired by old films. The fuse was thus ignited. But it was when I imagined seeing Joan Holloway's gaze, from the Mad Man series, on the girl sitting in the armchair on the tenth floor of the Rossiya Hotel in Moscow, portrayed in a shot from 1966, that I realized that the atmosphere of those precious black and white was the right one: our story starts from here, drawing on the photos of an important archive of images”. 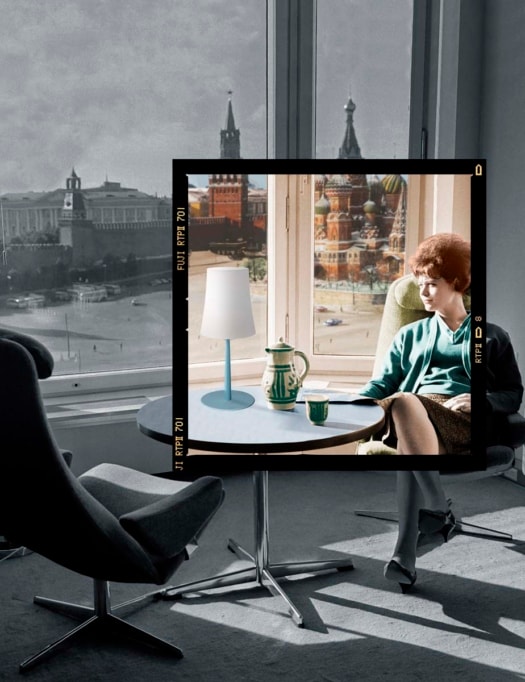 In the work of Massimo Gardone, the images of the Bridgeman Images historical archive parade in succession, taking us to New York at the beginning of the century, passing, as the years pass, in the Knickerbocker hotel, on the veranda of the Park Avenue Hotel or in the lounge of the White Hotel, arriving then in London, in the YMCA reading room, and, in 1937, in a room of the Copley Plaza Hotel in Boston, until, in the mid-1980s, he allowed himself a stop in the suite of the Oriental Hotel in Bangkok. 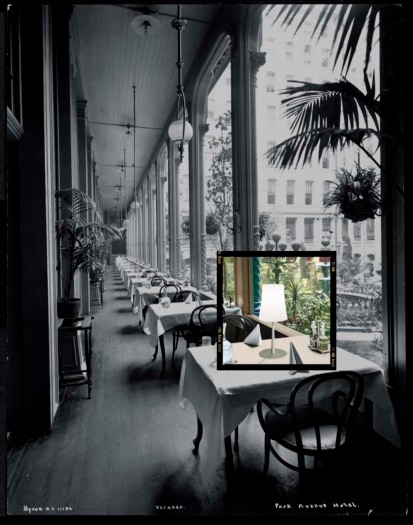 A 6x6 slide seems to rest on the vintage black and white, framing a contemporary shot of the Birdie lamp, imagined in that same place. 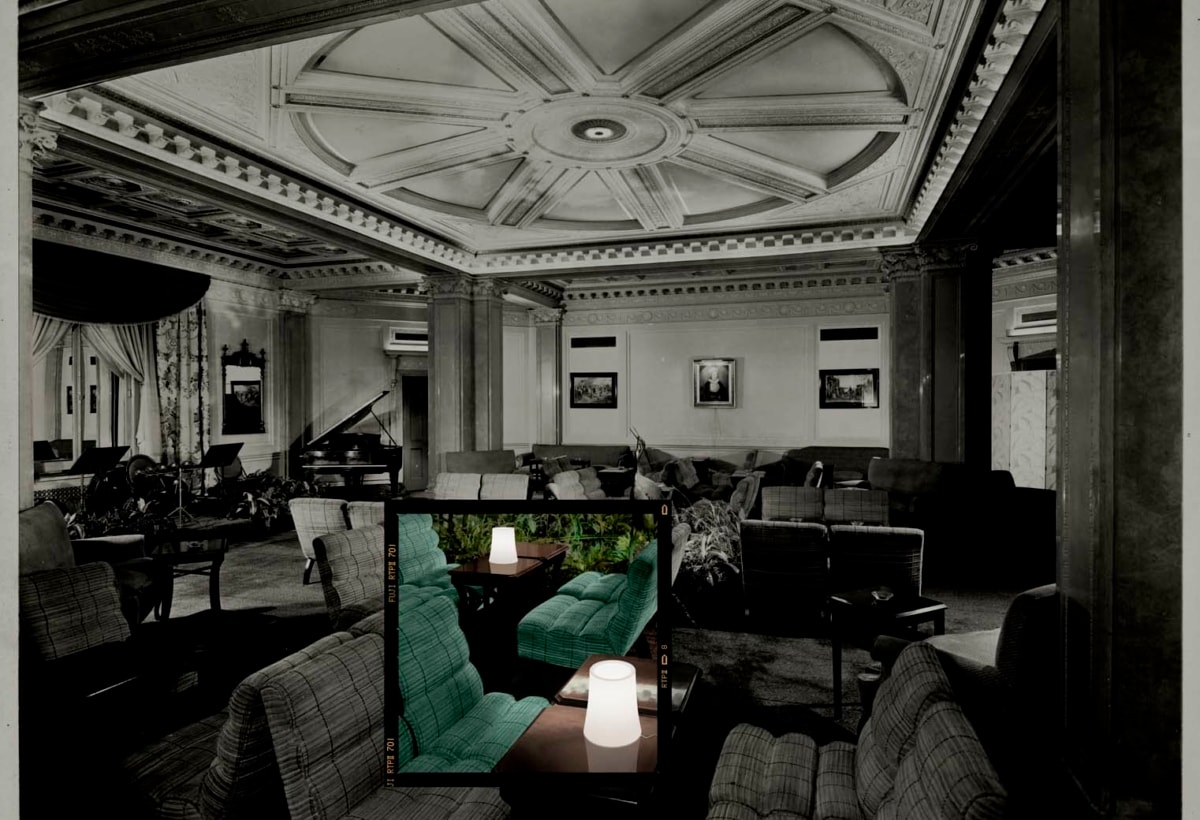 2
Ph. Massimo Gardone - The Birdie Easy lamp, designed by Ludovica + Roberto Palomba for Foscarini, in the lounge of the Hotel White in New York, in 1937

“Magically, in that small square, the light illuminates the scene, the colors make space between the grays, the alchemy between analog and digital is complete”, concludes Massimo Gardone. “Each image is a film, each image makes us fly elsewhere”.