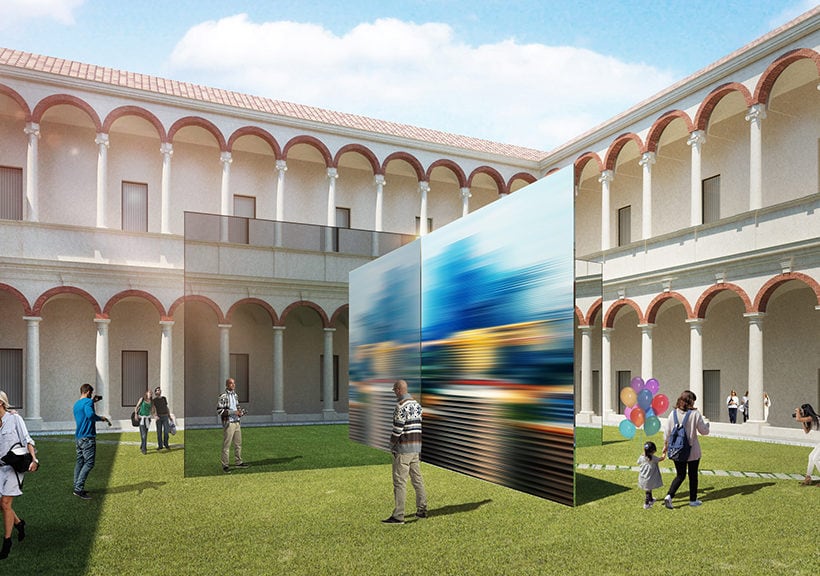 For the architects Sergei Tchoban, Sergey Kuznetsov and Agniya Sterligova, the plan of a city and the shapes of its buildings represent the essence, the Dna of a place. This is the idea behind City Dna, an installation composed of four sectors with Led screens and mirror surfaces placed at 90 degrees, developed with Velko Group.

Aerial views of cities and images of details like windows or rooftops, from the large to the small scale, alternate on the screens in the four sectors, with different visual effects and rhythms. Each of the four walls has an independent electronic control system.

In a fraction of a second, a fragment of city is transformed into a blurred pattern that becomes abstract, though conserving the material characteristics of the place. It is in this passage from clarity to blur, on the fragile boundary between physical presence and abstraction, that the architects find the DNA molecule through which every city, neighborhood or individual house is encrypted.

The technologies that produce satellite images, maps and photographic surveys of architecture are placed at the service of a work that proposes a new analytical and conceptual visualization of the modern metropolis.