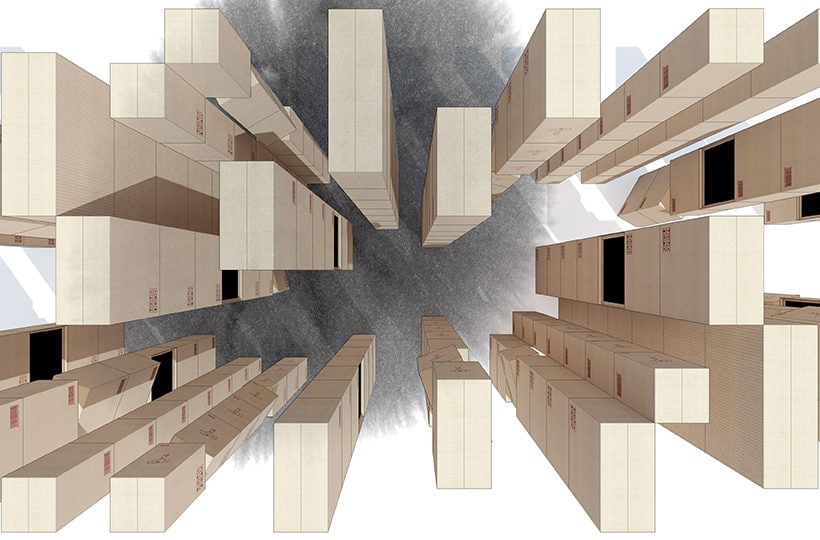 The exhibition Matrix sets out to explore human existence in the information age, together with the role of design. From the macroscopic plane to the microcosmic product, from conceptual design to industrial manufacturing, from the immaterial design of the information age to global ecology based on interconnection of people, design is faced with increasingly profound questions.

Drawing on ancient Taoist wisdom, curator Yang Dongjiang tells us that the contrast between material and immaterial does not exist because the opposites intertwine in the cosmic force of the Tao. “Out of Tao, One is born; out of One, Two; out of Two – the Yin and Yang – are born Three; out of Three, the entire universe.”

The Tao creates the universe and is the law that regulates its functioning. Matrix, then, is a journey in this generative force, identified in the act of designing and its expressive modes.

The installation is composed of transport crates that form a labyrinthine space in which projects, visions, spaces and forms of Chinese design are revealed, conveying the foremost method of critical analysis of reality.