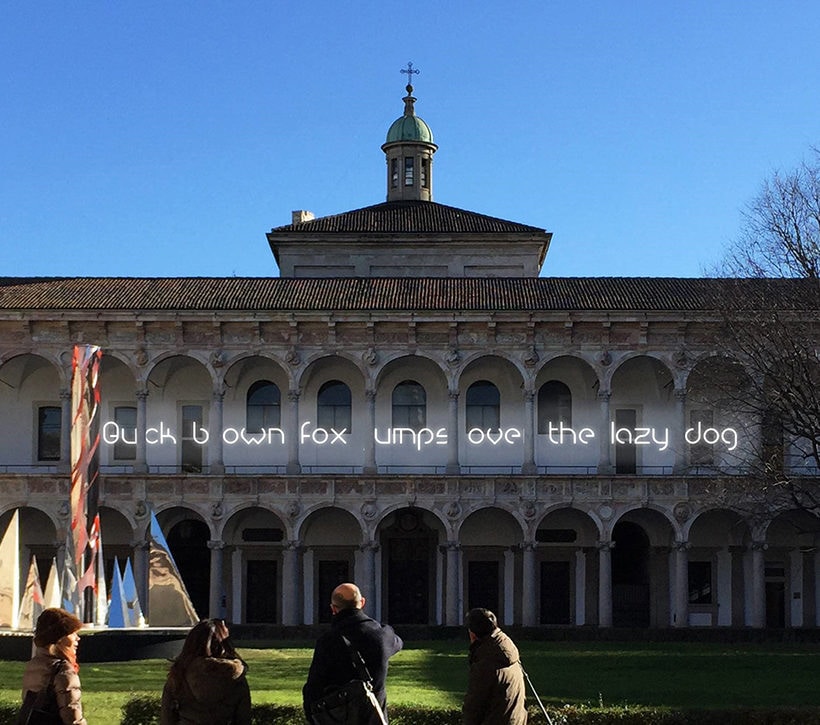 The title of the installation is a pangram, or a plausibly meaningful phrase that contains all the letters of the alphabet. It becomes the pretext for the Danish studio Big- Bjarke Ingels Group to intervene in a light, non-aggressive way in the Loggiato Est, significantly transforming its perception.

The phrase, taken out of context and inserted in a historic work of architecture, takes on a surreal and intriguing tone. The pangram is like a presence of light in space, whose ethereal character forms a contrast with the material substance of the historic building.

The installation makes use of Alphabet of Light, a system of lights designed by Big for Artemide. It is a language of light that with just two pieces permits creation of all the letters of the alphabet in a new font.