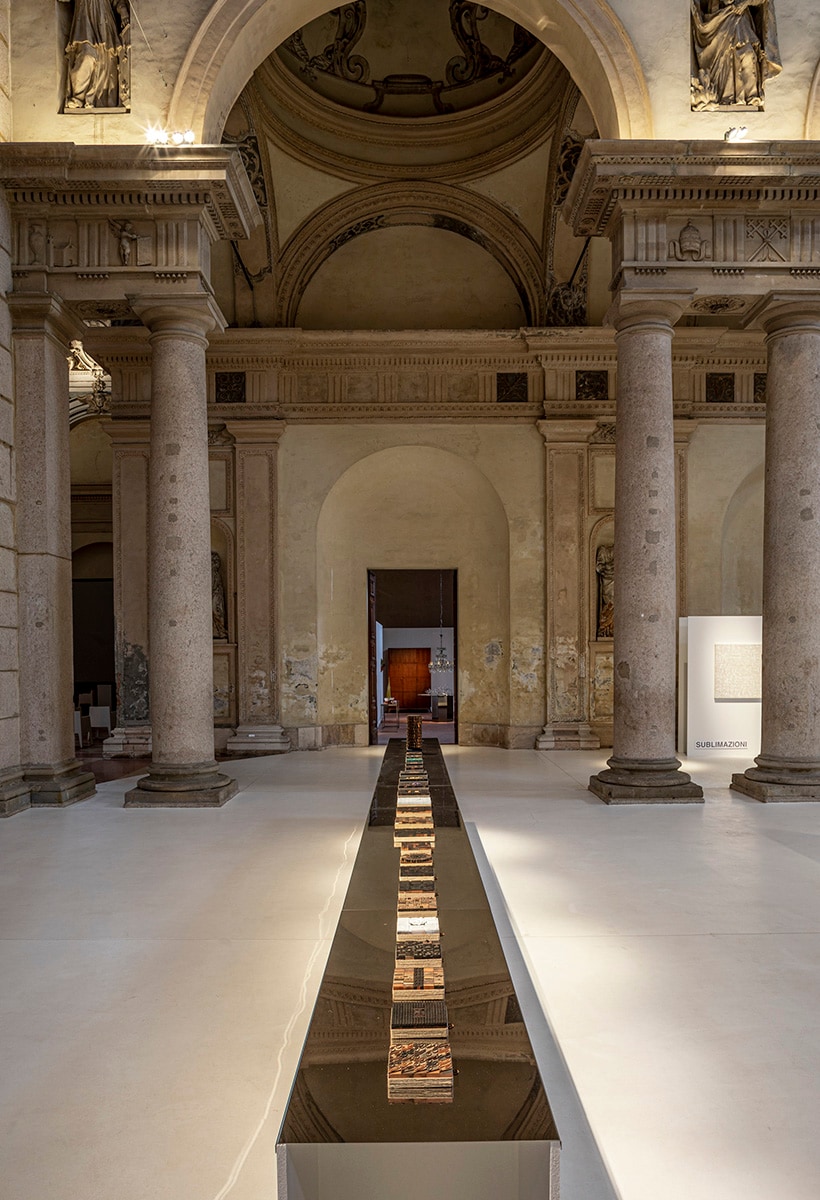 Giorgio Milani. Writing as an enigma

Giorgio Milani. Writing as an enigma

Volumnia, an art and design gallery located in the imposing eighteenth-century rooms of a deconsecrated church in the heart of Piacenza, houses 120 works by Giorgio Milani, including mostly unpublished paintings and sculptures. The exhibition, curated by Elena Pontiggia, is divided into ten sections that document its most important cycles, from the Gutenberg Towers to the Babels and the East West Poetaries, from the Sublimations to the Shrouds of Gutenberg and to the Canti ad Ombre Rare.

The expressive figure of the artist revolves around assemblies of movable wooden type for printing no longer in use that the artist finds and collects in the warehouses of old printers and recycles as materials for art. They are characters that, ideally, preserve the memory of everything they have printed, the memory of all human knowledge. 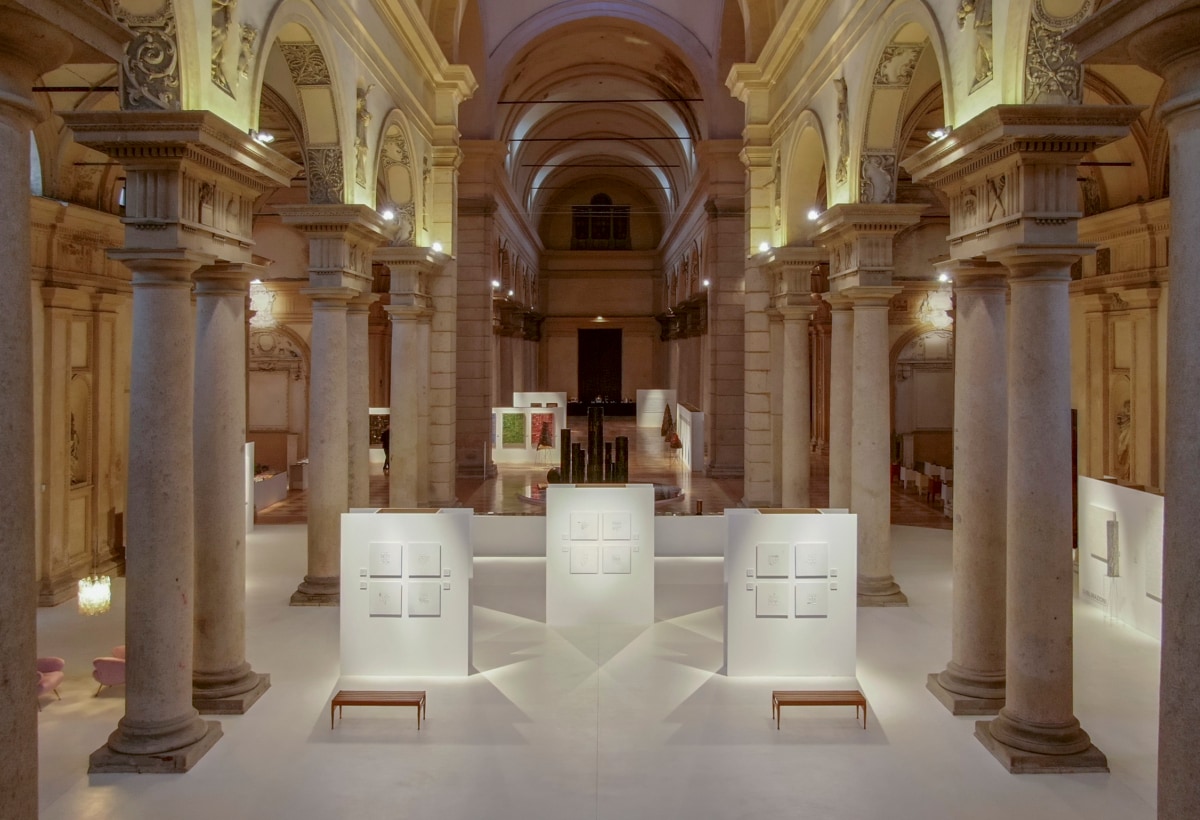 Those carved woods, different in shape and size, and also in material and time of production, are no longer used as tools to leave the imprint of letters or other signs on the page, but to build three-dimensional works; they are works that do not have printed words and images, but physically real words and images, to be touched as well as to be seen.

As Elena Pontiggia writes in the introduction to the catalog: "Milani's writing, her Poetari, do not make up a rational catalog or a school filing, but rather they are the place of the enigma, not because they reveal the mystery, but because they reveal that the mystery exists. Letters and signs are collected in orthogonal courses, within squares and rectangles, in rhythmic and musical spaces, but they are not read neatly and judiciously. Try to read them: you will not succeed, because they are hermetic like the leaves of the Sibyl. They are an encyclopedia of Babel, that is, of misunderstanding ". 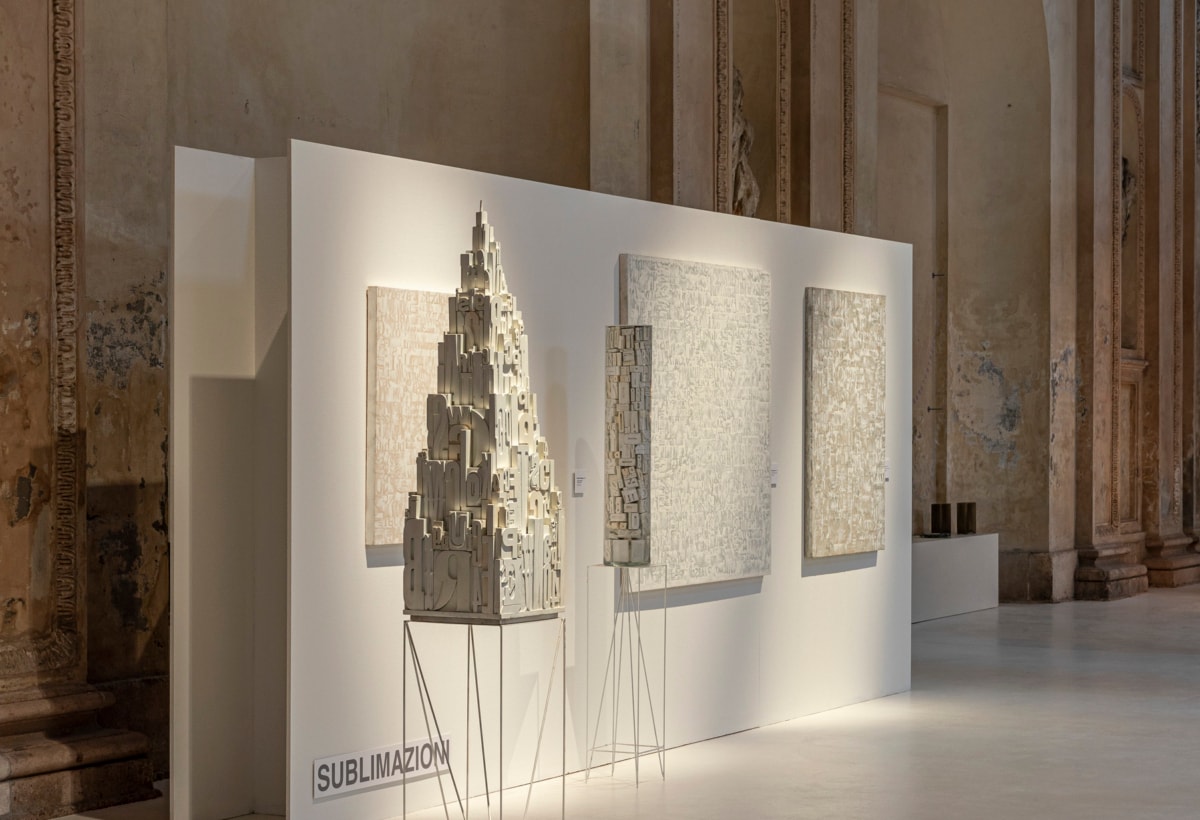 The exhibition is accompanied by a catalog of Gli Ori Editori Contemporanei, with text by Elena Pontiggia and an interview by Matteo Galbiati with Giorgio Milani.