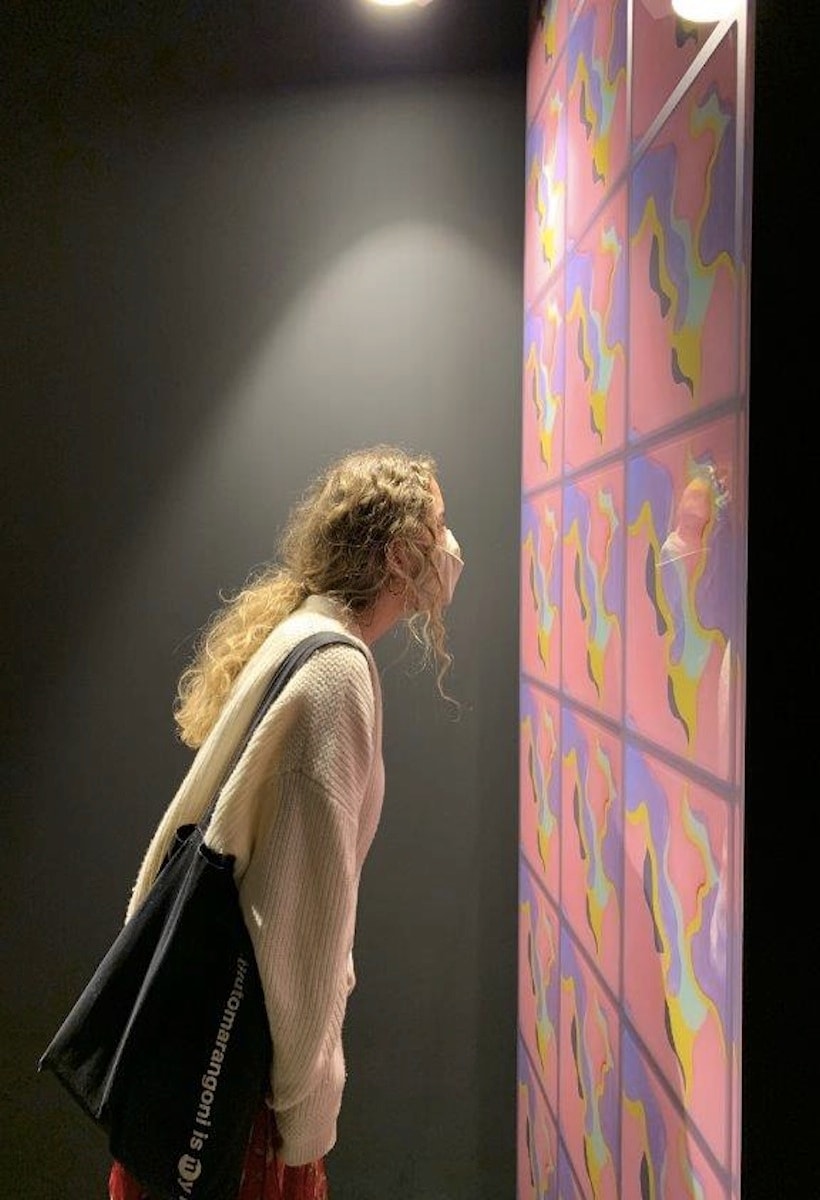 Memphis. The Color of the Objects

Memphis. The Color of the Objects

The best projects of the students of the Istituto Marangoni tell the story of the unprecedented encounter between cultural avant-garde and new digital languages. We talked about it with Stefano Caggiano, curator of the exhibition

Istituto Marangoni's School of Design presents Memphis. The Color of Objects, the exhibition dedicated to the well-known cultural phenomenon of the 1980s created by Ettore Sottsass and a group of young architects, including Michele De Lucchi, Alessandro Mendini and Andrea Branzi, who revolutionized the idea of designing and which this year celebrates the fortieth year of its birth.

The exhibition, set up on the first floor of the headquarters in Via Cerva and open to the public, is curated by Gustavo Martini, a former student of the school, born in Rio de Janeiro. 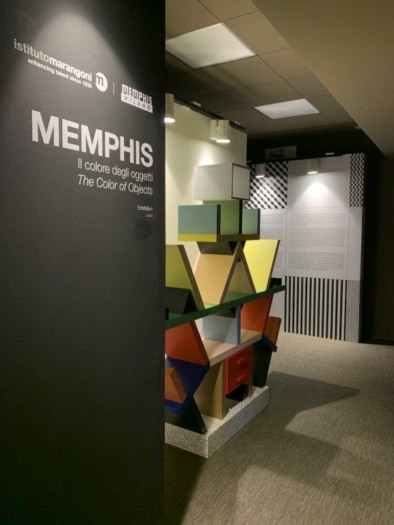 It is precisely around this postmodern Movement that Istituto Marangoni has chosen to have the third year students of the Visual Design course and the students of the Master Surface & Textile Design and Product & Furniture Design work for the creation of new design proposals, starting from specific briefs for each area.

A selection of these creative ideas forms the heart of the exhibition, which is divided into four parts: three dedicated to the school departments (Product, Visual and Interior Design) each presenting the best projects of the students told through images and sometimes in 3D models, to which is added a section dedicated to the history of Memphis, with an infographic and a selection of historical pieces among which the iconic Carlton bookstore, a symbol recognized all over the world, stands out. 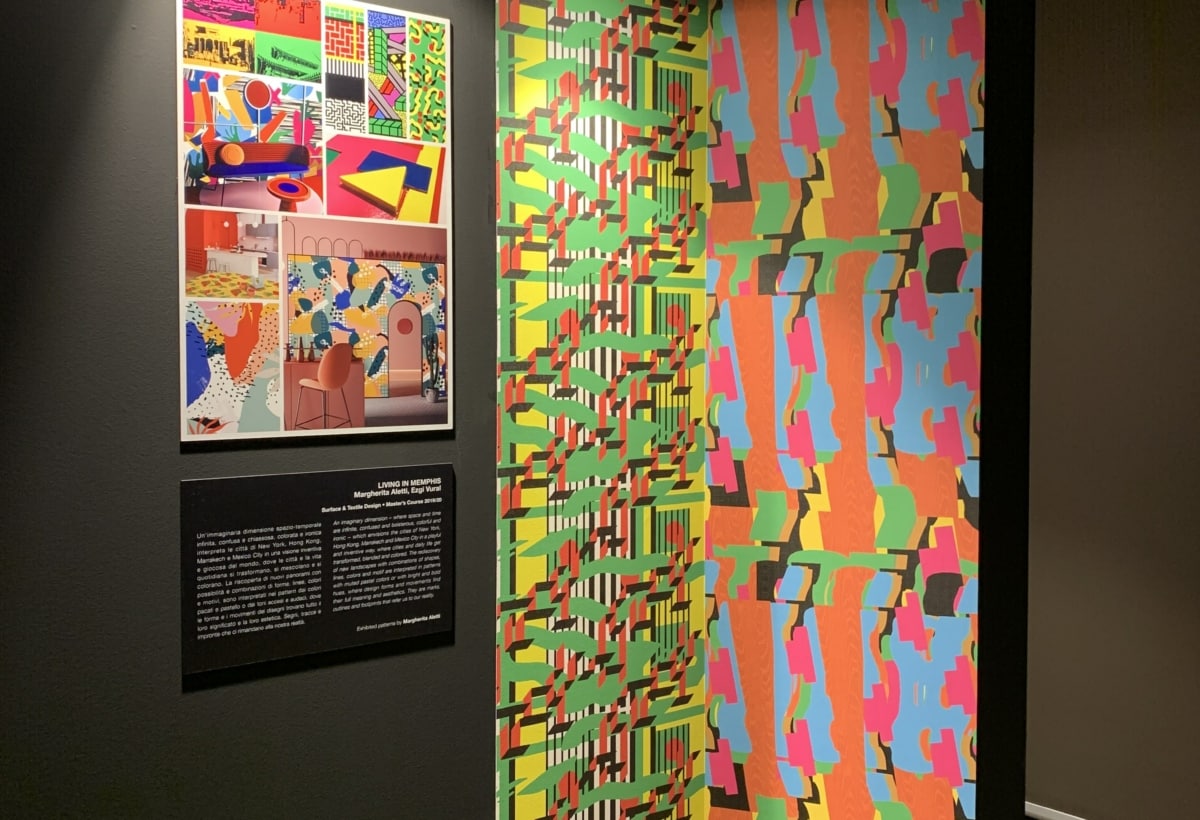 3
Istituto Marangoni, Memphis. The Color of the Objects

Visual Design students worked on some proposals for the restyling of the Memphis studio's visual identity that included the three main collections of the brand: Memphis Milano, Meta Memphis and Post Design.

Alice Braglia imagined a new strategy for social media which, thanks to an update of the values, colors and shapes typical of the brand, could confer a dynamic and engaging brand identity. Constanza Coscia, starting from an in-depth analysis and review of the brands of the three collections, comes to define a strategy for social channels and a concept for an installation that mentions the places and suggestions of some pop references from the world of fashion, art and cinema of the 80s. The student devotes attention to the study of the brands, the site and the catalog. Giovanni Gridelli, on the other hand, indicates new proposals for a homogeneous visual identity and a more engaging use of the online areas. 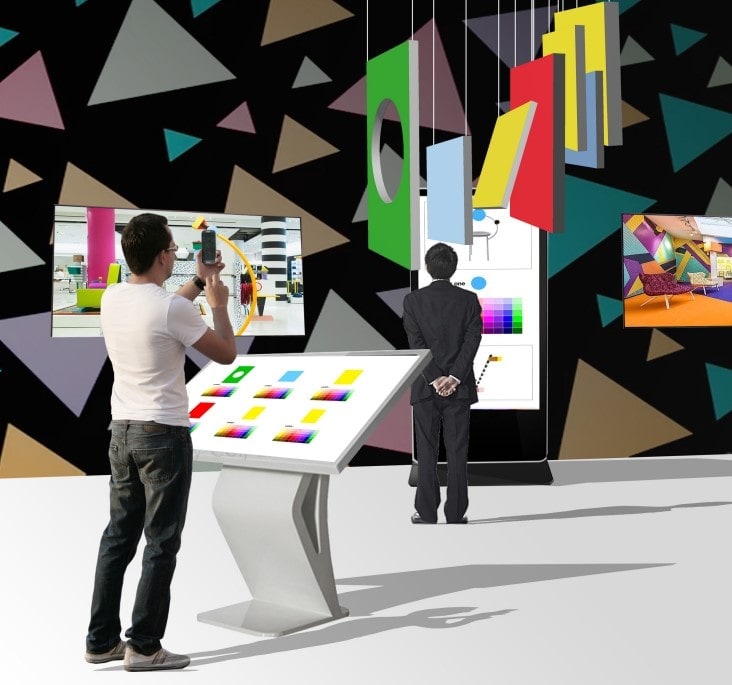 As part of the Master Surface & Textile Design, the students created a series of new decorative patterns for surfaces, fabrics and coatings for the brand, through the reinterpretation of graphic motifs, symbols and visual elements characteristic of Memphis.

The project proposed by students Pelin Aykar, Ipek Aslanboy and Hsiang-Chi Liu is based on the concept of appearance and essence, through visual illusions that are able to deceive our eyes. They then come to propose Dissimulation, a series of carpets, glass panels, films for the covering of furnishing objects characterized by geometric and optical effects capable of creating three-dimensional perceptions or moving patterns.

Ezgi Vural and Margherita Aletti, with the Living in Memphis project, imagine new combinations of pastel colors and bold shapes, in an infinite, ironic and playful space-time dimension. The result is four different patterns, each inspired by a different city: New York, Marrakech, Hong Kong and Mexico City, capable of animating wallpaper, ceramics, carpets or plexiglass panels or any other surface for interior design.

Old to New is the title of the project by Kao Ching-Ting and Semercioglu Eda which, starting from personal memories linked to the 80s, have generated new ideas to tell the richness and playfulness typical of the time reinterpreted in a contemporary key. This is how modular elements are created using resins combined with other materials, useful for creating patterns for wallpaper, panels and furnishing objects. 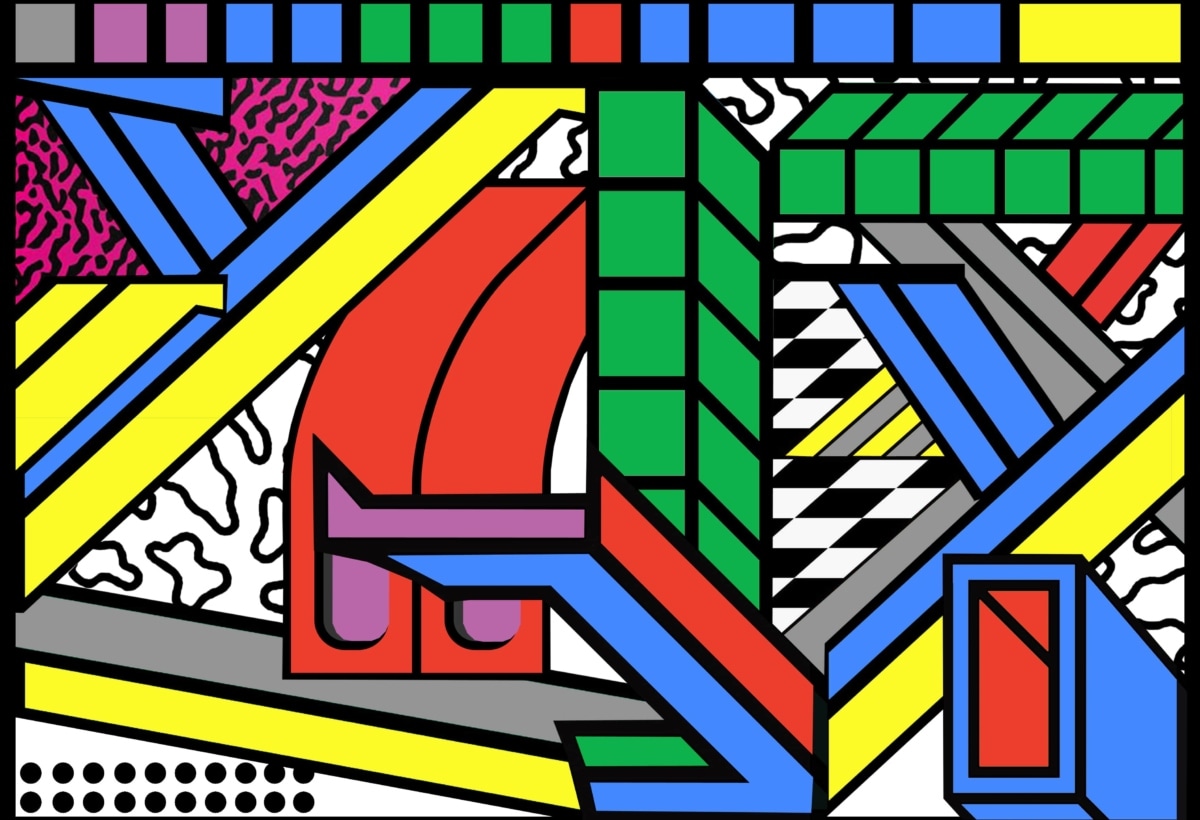 Finally, the post-contemporary object is the theme of reflection launched within the Master Product & Furniture Design. The students had the task of designing a lamp that reflected the aesthetic identity of Memphis in a manner consistent with the brand and, at the same time, in line with the new aesthetic sensibilities native to social networks, characterized by bright colors and deconstructed geometries.

Artemii Solod designs Personal lamp: a cubic-shaped luminaire that, thanks to the use of digital technology, can give users a unique experience: switching on, off, intensity and colors of the light can in fact be controlled through an App directly from the mobile phone, and has been imagined in many variations and types: floor, wall or table.

Fantasmino by Claudio Vicari is a transparent blown glass table lamp with anthromorphic features and which intends to establish an animated relationship between the product and the user. The central metal body includes movement sensors that can detect human presence: when a person enters the proximity range, the lamp turns on.

Roxanne Cepeda designs Loop: a rechargeable table lamp that interacts with users using a touch sensor, thanks to which it is possible to adjust the intensity of the light. The lamp uses a lithium-ion battery, which is rechargeable using a USB-C cable and which therefore allows it to be used even when disconnected. 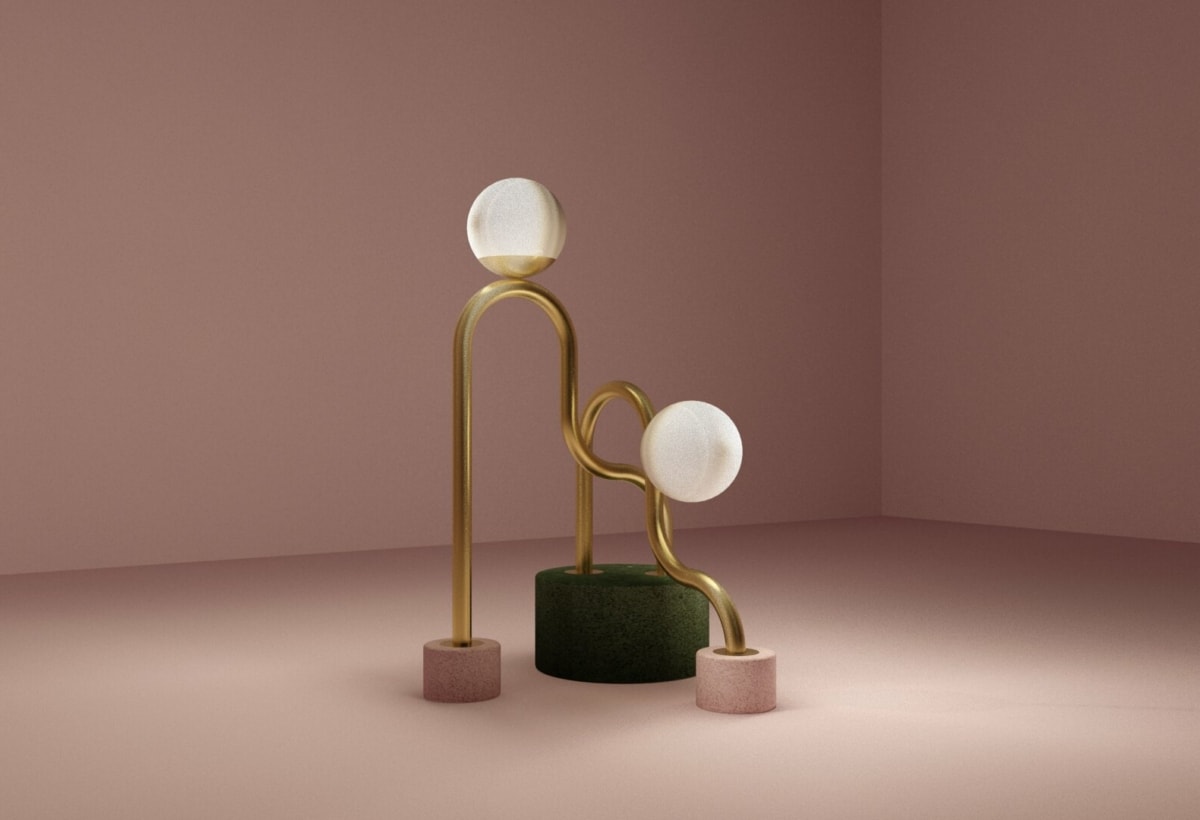 A complex job, which saw the students engaged throughout the academic year, also stimulated through meetings and insights.

The path ended with innovative results and unpublished explorations, as told in the interview by Interni with Stefano Caggiano, Program Leader of Product Design, author of the texts of the historical section of the exhibition.

The roots of Fiemme Tremila