Populous unveils the product for a new stadium in Milan: 'la cattedrale'

Populous, the international architecture firm based in London and Milan, has presented its competition project known as La Cattedrale for the new stadium of Milan that will replace the historic San Siro complex as the home of the two legendary soccer clubs, AC Milan and FC Internazionale Milano.

The project takes its cue from two of the most representative buildings of Milan, the Duomo and the Galleria, creating a stadium no other city could possess, while setting new standards of experience and atmosphere during matches.

The stands made to measure will create the most intimate stadium atmosphere in all of Europe, bringing fans closer to the action and creating an unforgettable sensation thanks to exceptional acoustic design. A galleria lit by the sun runs around the stadium, clad with an elegant glass curtain to offer the fans and citizens of Milan a space open to all, with a wide range of refreshment points based on the Italian gastronomic tradition. 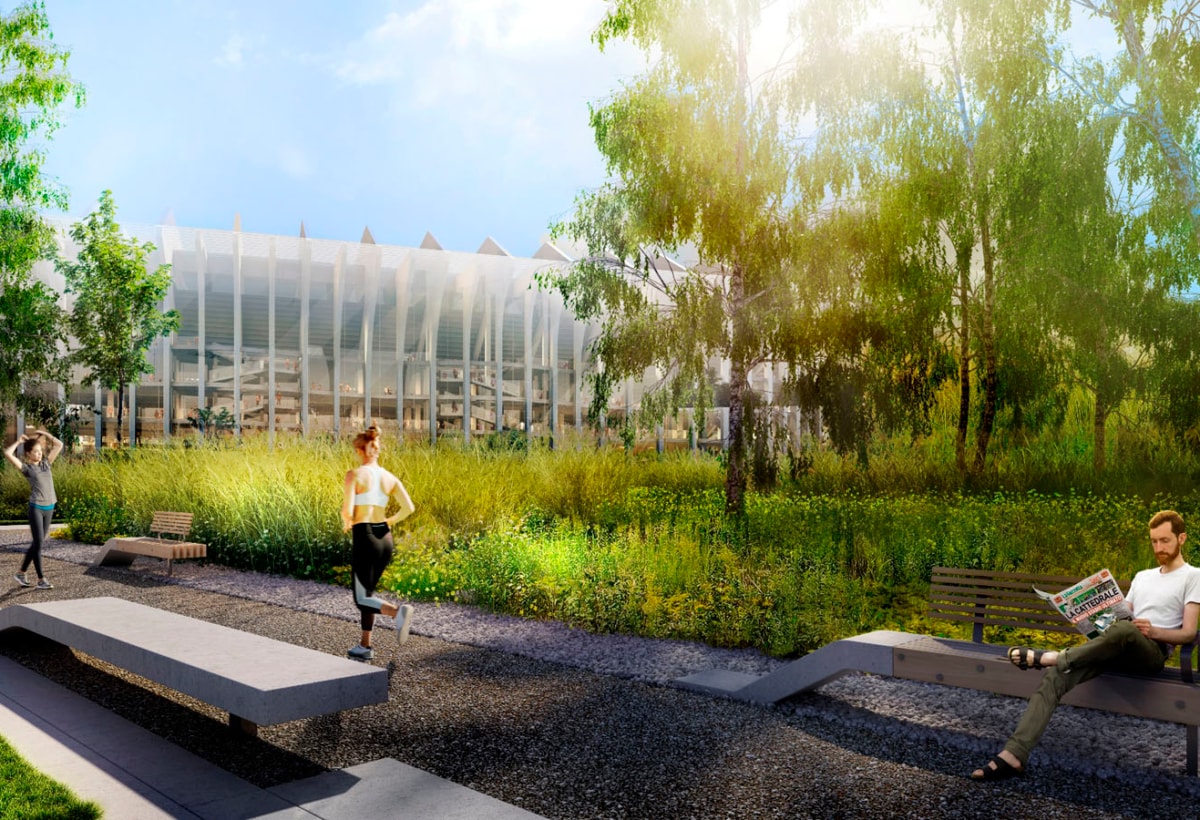 The “Cathedral” becomes the fulcrum of the new San Siro district, an ecosustainable facility open 365 days a year, for sporting events and recreation, the community and tourists. It will be the most sustainable soccer stadium in Europe, immersed in 9 hectares of greenery to reduce water run-off and equipped not only with solar panels on the roof, but also with a rainwater collection system to reduce water consumption. The internal spaces have climate control using natural ventilation and passive heating and cooling, while the entire areas is connected to a centralized heating and cooling system.

A Stadium for Milano - Italian Version from Populous on Vimeo.

A cradle for Ukraine