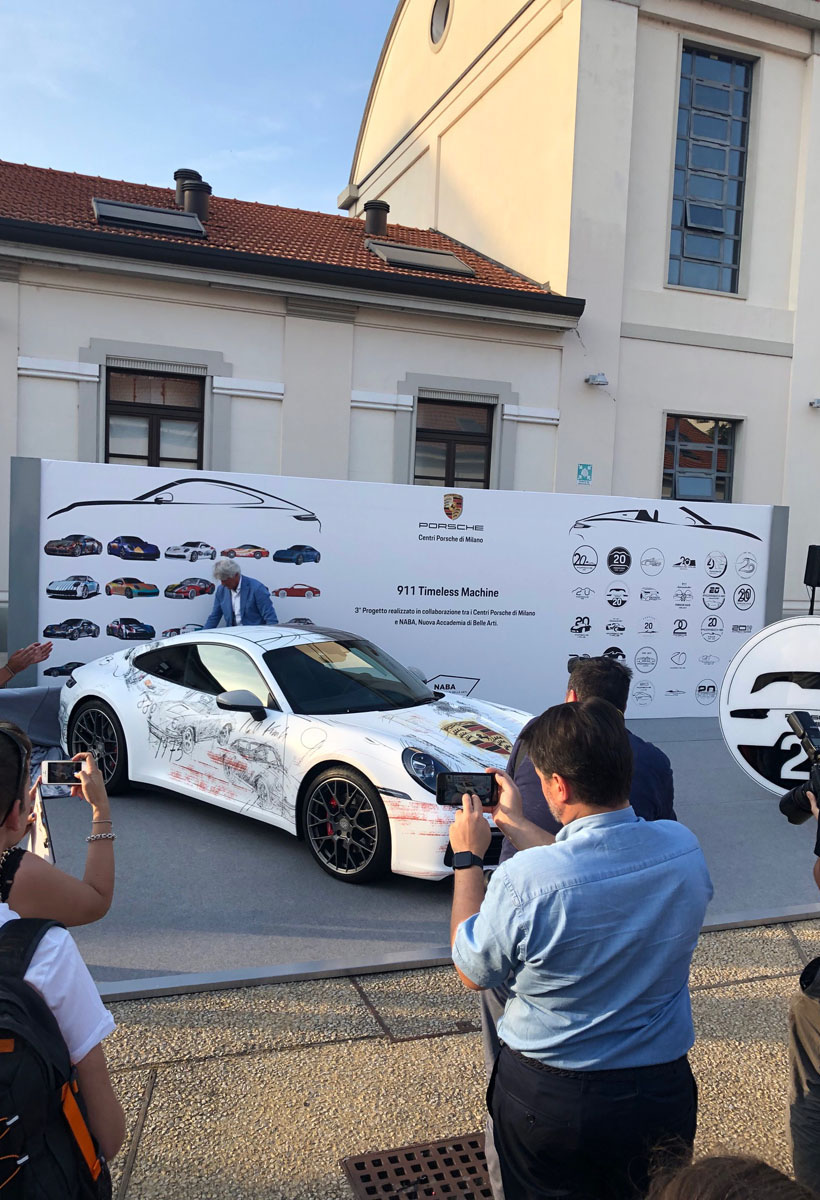 The force of tradition

#auto
The force of tradition

911 and Porsche Haus are the themes of inspiration for the students at NABA, Nuova Accademia di Belle Arti, for the exterior styling and a brand suggesting the Porsche passion

For the third consecutive year NABA, Nuova Accademia Belle Arti, Porsche Haus, the company in charge of the Centro Porsche Milano Est and Milano Nord dealerships, and Porsche Studio on Via Spiga, also in Milan, have organized a workshop for the graphic interpretation of a timely theme, using the bodywork of the cars from Zuffenhausen as a canvas.

The workshop for 2019 comes at a time of two important celebrations: “911 Timeless Machine” and 20 years of activity of Porsche Haus. For the latter topic, the students of the three-year program in Graphic Design and Art Direction at NABA had the task of representing Milan’s passion for the brand interpreted and sustained by Porsche Haus across two decades, creating a symbol that will be placed on a 991 Speedster produced by the Exclusive Manufaktur division in collaboration with the architect and designer Luca Trazzi.

The celebration of the 911, absolutely the most iconic Porsche model, a car and an extraordinary idea, a sociological and design phenomenon capable of crossing the history of sports cars starting in 1963 without changing its form and its technical set-up, has also been very stimulating, with high points of historical and stylistic value. 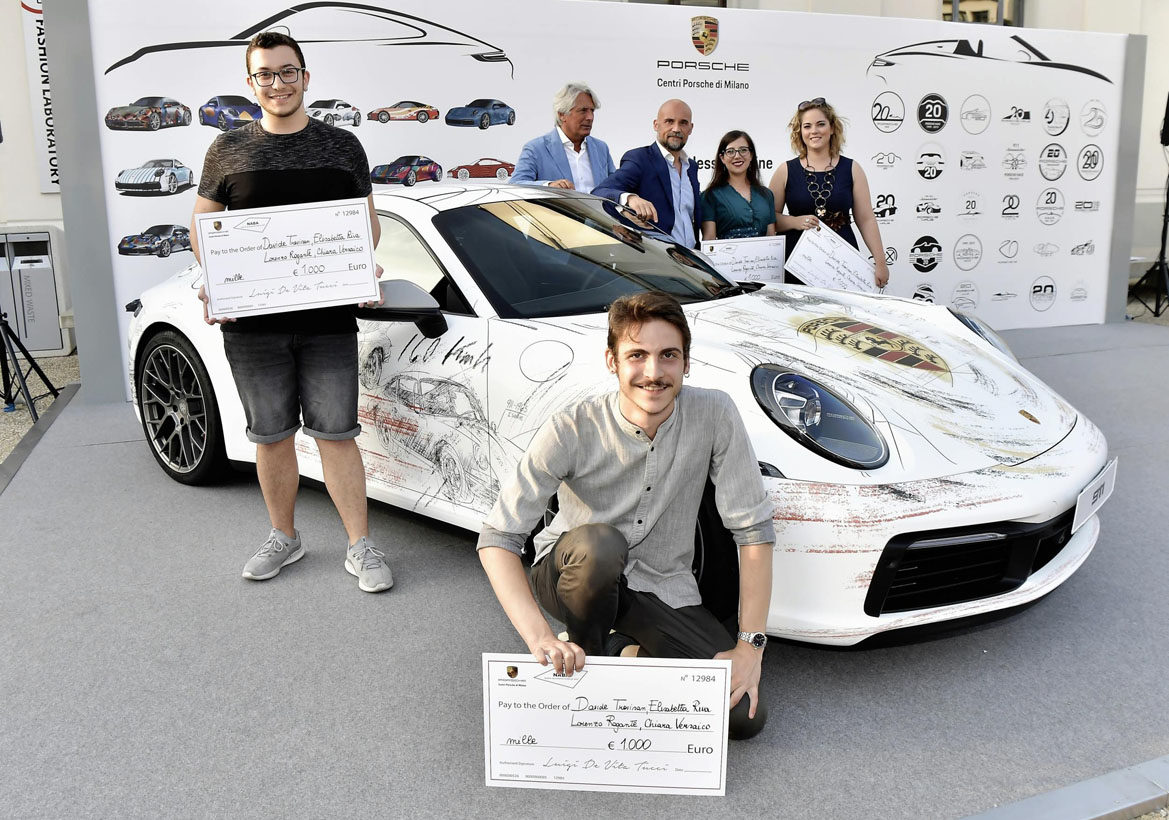 Among the many interpretations of the theme “911 Timeless Machine,” the prize went to the exterior envisioned by the team formed by Davide Trevisan, Elisabetta Riva, Lorenzo Rogante and Chiara Versaico, while for the logo to mark the 20th anniversary of Porsche Haus, to be applied to the Speedster, the winners were Francesca Ferro and Fabiola Fraula.

Art for not ‘slide down’

Between sacred and profane