The new headquarters of the IOC (International Olympic Committee) in Louis Bourget Park at Vidy, Lausanne, Switzerland, designed by 3XN Architects. An organic work of architecture that interprets the values of the Olympics – dynamism, flexibility, transparency and sustainability – in a holistic way

Two years of work have led up to the official opening – on 23 June, Olympic Day, when the International Olympic Committee (IOC) celebrates its 125th anniversary – of the new ‘home’ of this institution, 22,000 square meters in Lausanne, Switzerland, in a facility with offices for 500 people presently operating in four different facilities.

The Olympic House is a work of architecture by the Danish studio 3XN, developed in collaboration with the Swiss firm Itten Brechbühl as local architect, and the Italian studio RBS Group of Nora Trentini and Chiara Costanzelli for the interior design. In an era of self-referential bravado, this project takes discretion to iconic levels, in a landmark of reference for the community (not just local).

The approach draws new functional necessities from the interior towards the outside, built around the people who work in the building, which synthetically, effectively and symbolically interprets the fundamental concepts of the Olympic Movement – dynamism, flexibility, transparency and sustainability and cooperation – in an all-around form. A sort of corporate philosophy deployed with the parametric tools of design.

The Olympic House stands at the eastern end of a protected green area, the Louis-Bourget Park of Vidy on the shores of Lac Leman, combining an archaeological site, the 18th-century Château de Vidy and a dense forest to the west. 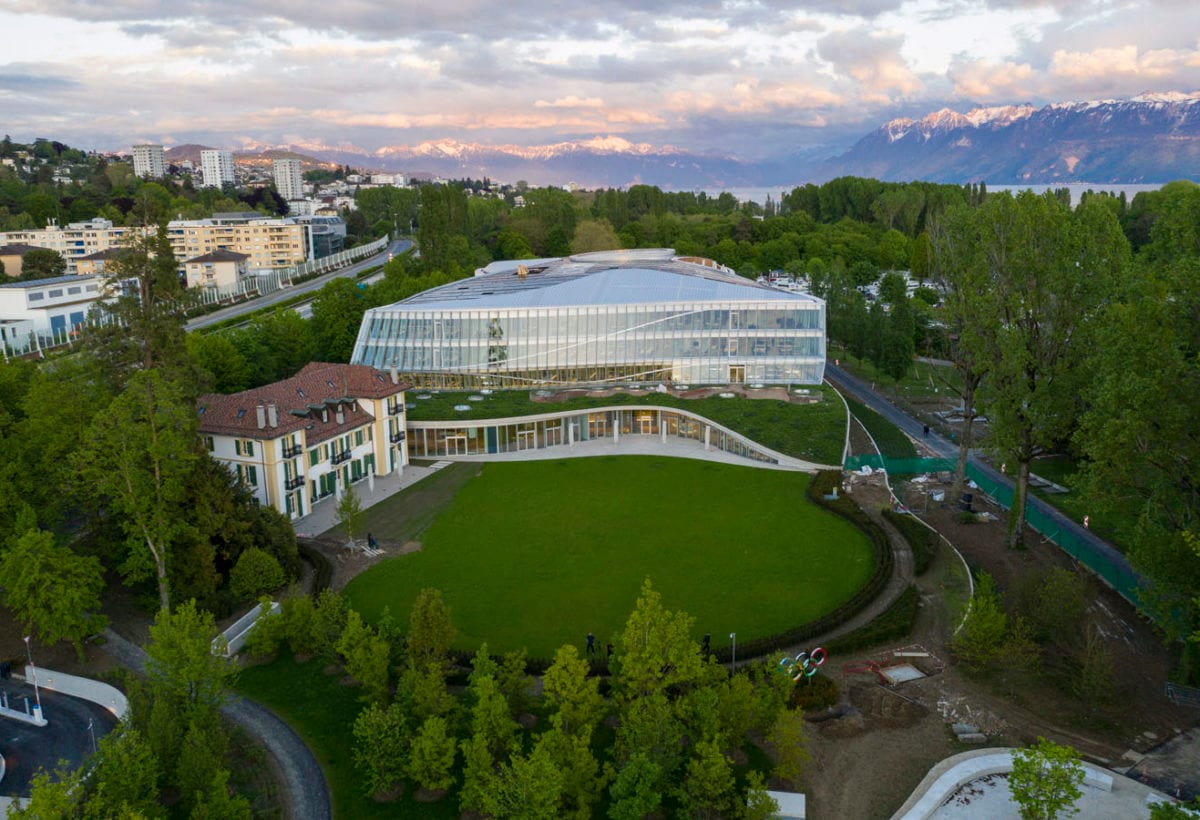 4
The insertion of the Olympic House in the landscape context of Louis Bourget Park at Vidy in Lausanne, containing the 18th-century Château de Vidy.

Like an extension of the natural context, the building minimizes its impact with an organic, sculptural form, shaped as a single enveloping and undulated surface in steel and glass, in dialogue with the adjacent historic pavilion taken as an axis of visual reference for the composition.

The very expressive skin of the volume is not an end in itself. The entire architectural score has been conceived to create an osmotic relationship with the environment and the surroundings, complying with a series of parameters of sustainability that have already led to important certifications, including LEED Platinum.

Crushed, remixed and recycled concrete from the demolition of an existing building has been used for the foundations. The work was done locally, at a level of 90% zero-kilometer operation.

This research has had a direct effect on the quality of the internal spaces organized on four above-ground levels, with a parking facility below. The sporting inspiration of the project does the rest, defining sequences and flows of circulation to facilitate interaction, communication and sharing of objectives of fair play. 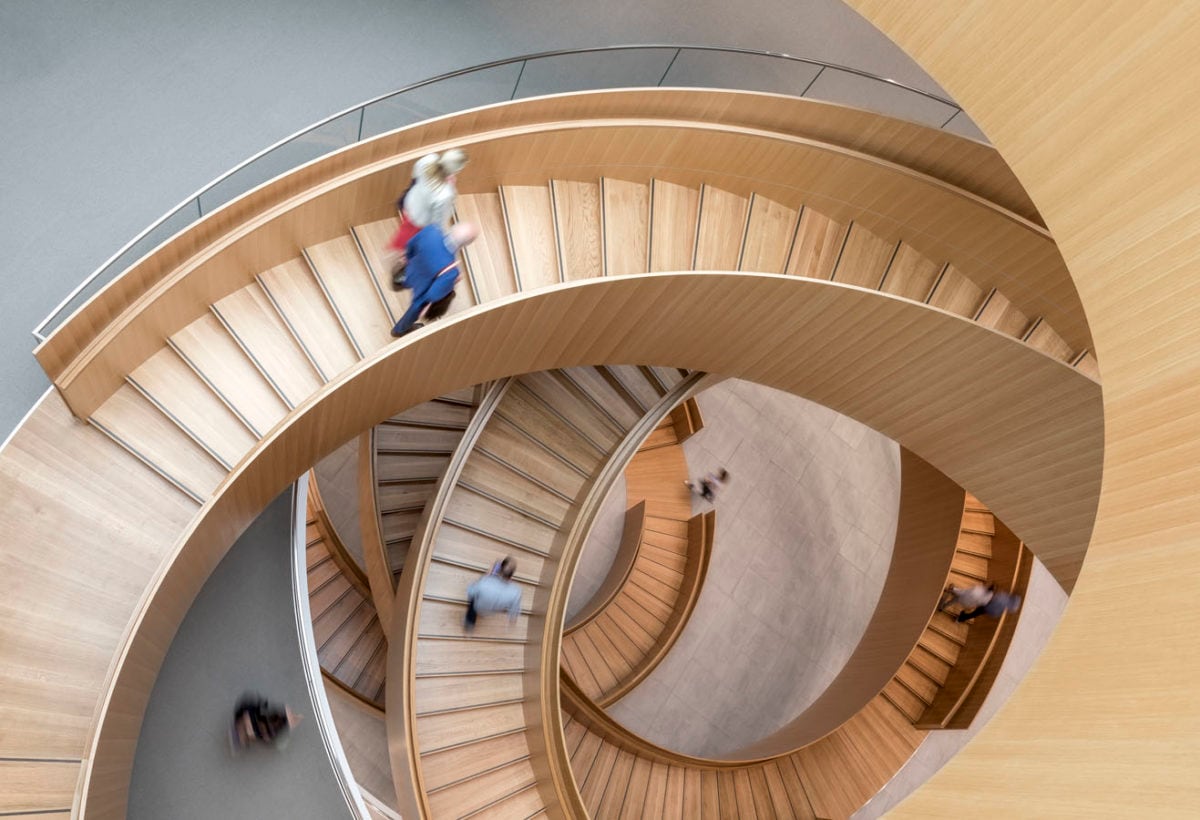 4
The stairwell, like a sinuous wooden ribbon, interprets the symbol of the five Olympic rings.

The stairwell inspired by the symbolism of the five Olympic rings has remarkable narrative force, leading from the central lobby to the ground floor and connecting all the levels of the building like a suspended ribbon, topped by a large skylight.

A spiral of warm tones of oak that unwinds as the primary episode of the entire layout, encountering other characteristic features on each floor.

For more information, see the upcoming issue of Interni Magazine.