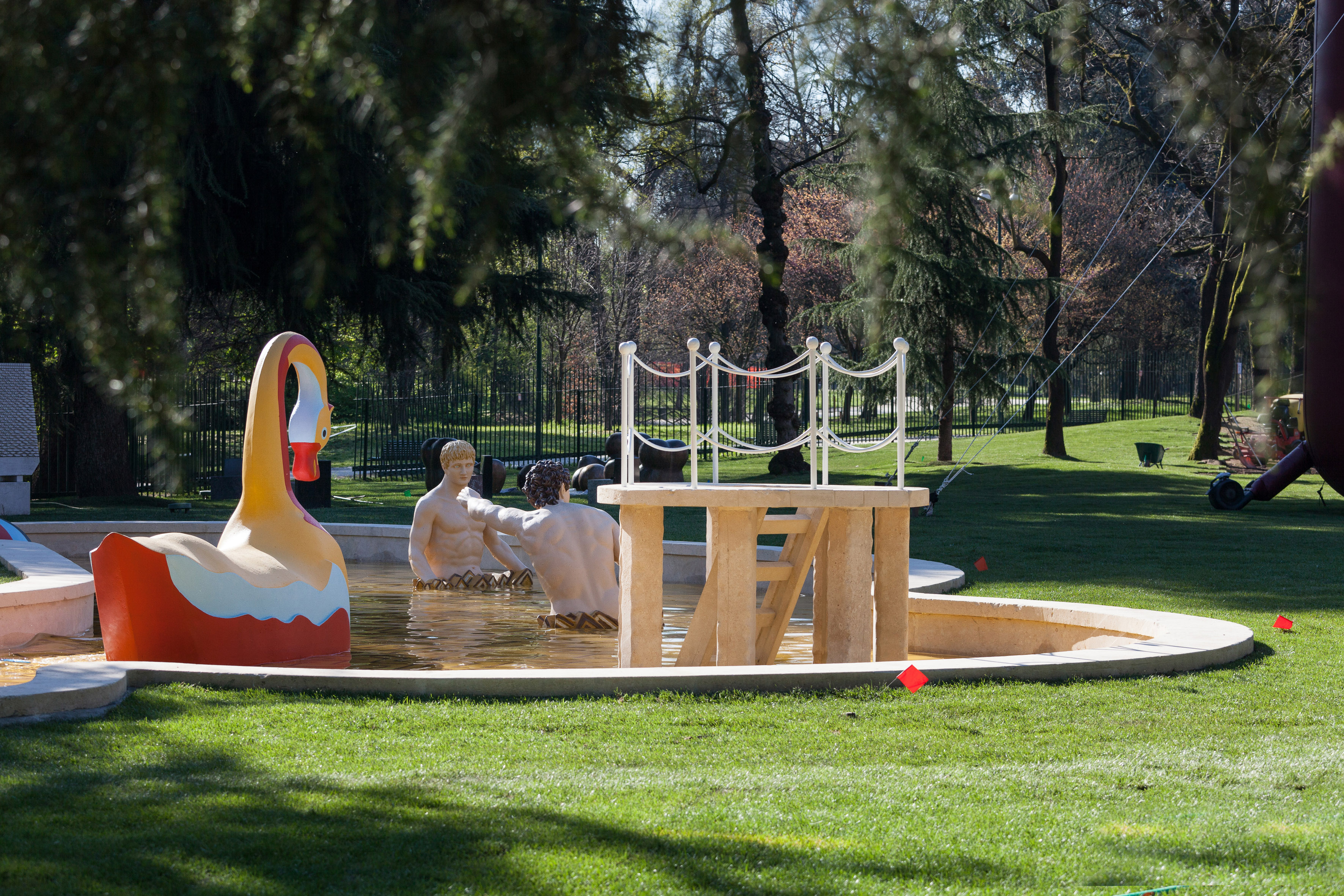 #People
Mapei and the Bagni Misteriosi by De Chirico

Mapei has contributed with its technologies and products to the restoration project of the “Bagni Misteriosi” by Giorgio De Chirico that has just been completed, giving back to the city of Milan an important work of art positioned in the gardens of the Milan Triennale.

The Bagni Misteriosi is a multicolored sculptural installation made in 1973 based on a project by Giorgio De Chirico in Parco Sempione in Milan, at the time of the exhibition “Contatto Arte Città.” After a project in 1997 that simply reassembled and protected the sculptures, the work was restored in a process completed in 2010, to which Mapei contributed.

The second cycle of work was needed to repair damage to the coloring caused by weather, since the watercolor materials used in the first intervention were not protected.

For this latest restoration acrylic products have been used to stand up to outdoor exposure, recreating the bright hues of the work in keeping with the original intentions of the artist, mapped by the Laboratorio Colore Mapei using techniques of spectrophotometry. The water has been placed back in the fountain, after waterproofing treatments were applied to the surfaces.

This is but one of a series of projects for the restoration of artworks of Milan’s cultural heritage, planned by the city on the way to Expo 2015, in which Mapei has made its contribution with advanced technologies, the results of ongoing research, and products.

Is it greenwashing? The court decides it