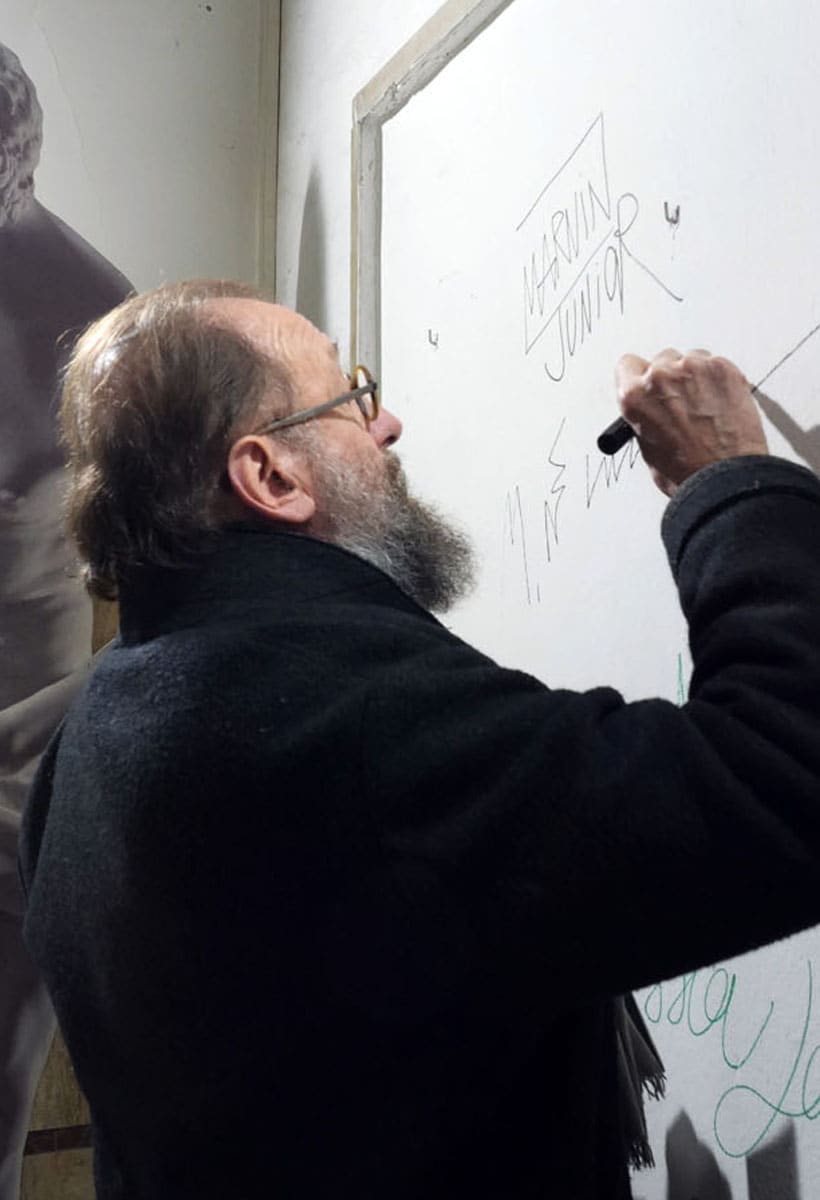 An architect and designer, he has won many prizes, designing objects, places and spaces all over the world. He has never stopped experimenting and observing everything that surrounds us. Michele De Lucchi has decided to take part in the creation of the 100 globes of Weplanet, “a fine project that makes the great ball of fire on which we stand its central focus.”

De Lucchi will contribute the globe of iSempreVivi, a non-profit organization that offers care for people suffering from mental illness. He met with the young people of the association at the Atelier degli artisti to talk about the project. “Plate tectonics – the architect says – is the theory according to which all dry land, the continents, Africa, Europe, Asia, the Americas and Australia, and all the islands of the Pacific, were a single large island in the middle of a single, enormous ocean.” The super-continent was called Pangaea and the super-ocean Panthalassa, De Lucchi continues, “and it was so at the end of the Paleozoic Era, about 250 million years ago. Pangaea began to break up starting in the Mesozoic Era, and this process is still in motion: the separation and drift of the plates is the origin of the present configuration of the continents, the oceans, civilizations, ways of thinking and interpreting reality and its opposite.” So the globe will link back to this narrative: “Mondo Pangea will be the reconstruction of the image of the planet in that happy time when lands, oceans, men and nature were one and the same. It makes us hope that at the end of this drift it will be possible to return to being a single continent, a single nation, a single humanity.” 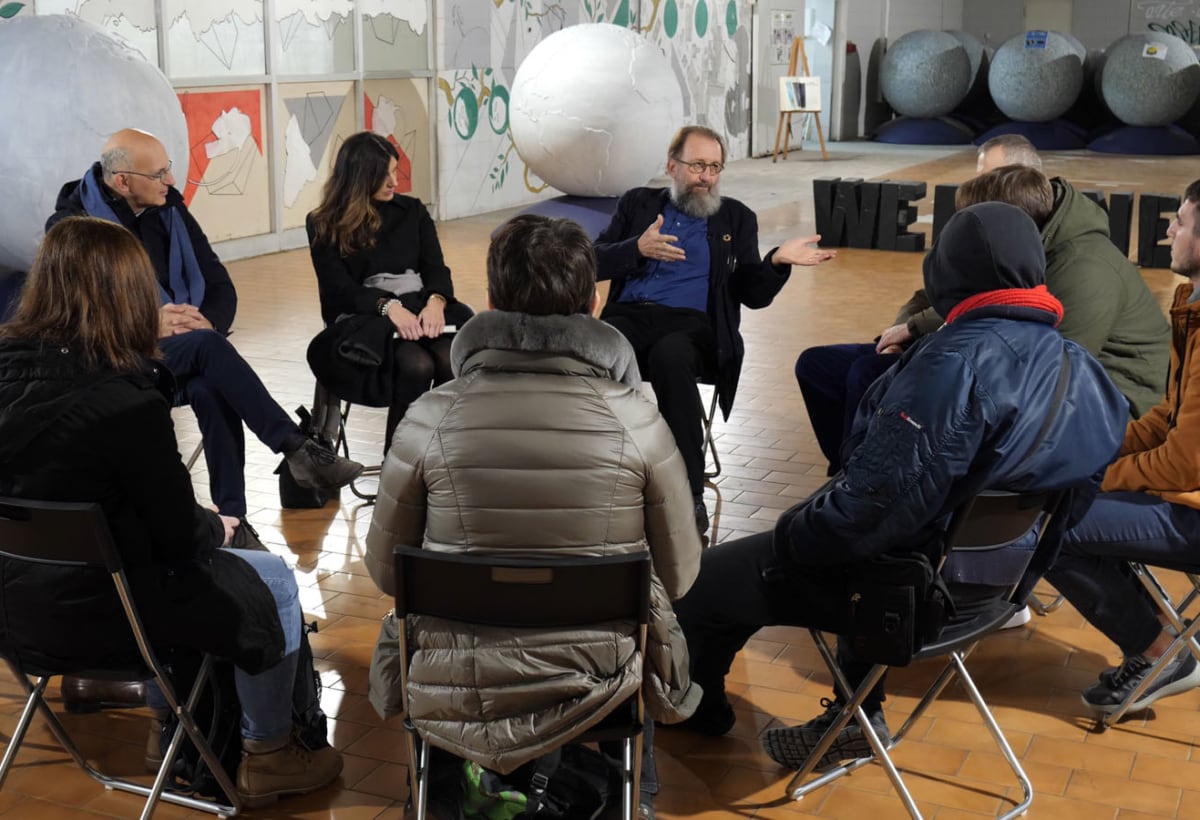 The humanity behind the association iSempreVivi, in fact, is extraordinary: “For our young people, taking part in the making of the globe is beneficial, because it helps them to think, to discuss things – says Don Domenico Storri, president of the organization – and to create such an ambitious project in collaboration with a great designer can build their confidence, making them start to think they too can have value as people.” Thanks to these young people, “it is possible to find the path for an ecology of the human, full of hope for our future.” 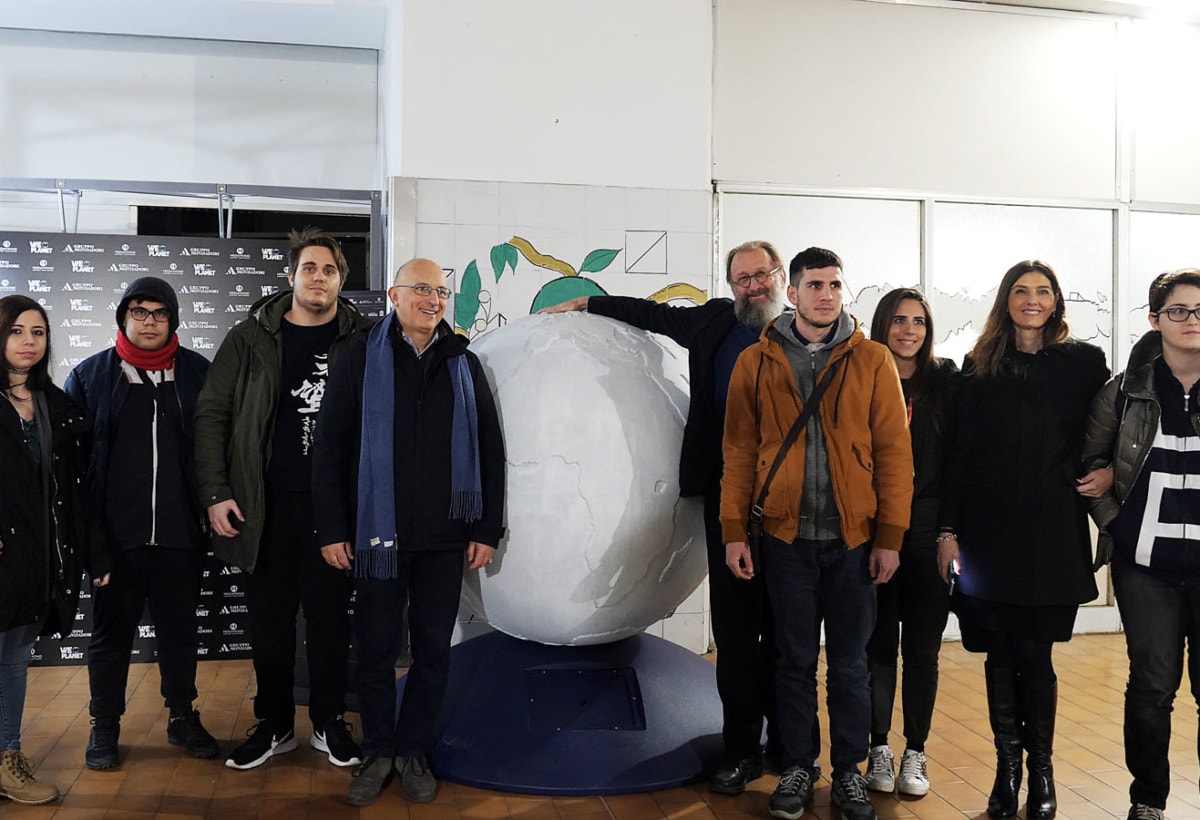 The non-profit organization iSempreVivi takes part in WePlanet to bring its own testimony on the theme of community: “to work with courage to welcome what many people reject, to bring justice to those who have less, to amalgamate what is apparently outside the ‘norm’ is one of the most effective ways of recovering the true humanity of being together.” This is the spirit in which iSemprevivi has asked Michele De Lucchi to interpret the globe, and he has accepted with the conviction that “human beings have to learn to live together in a positive, non-conflictual way, to enjoy all the marvels that exist around us. Architecture and design can contribute with imagination and creativity to invent a type of life, a type of existence that is not against the planet, but for the planet.”

Young artists for the Globes of Weplanet

The Weplanet globes at Focus Live